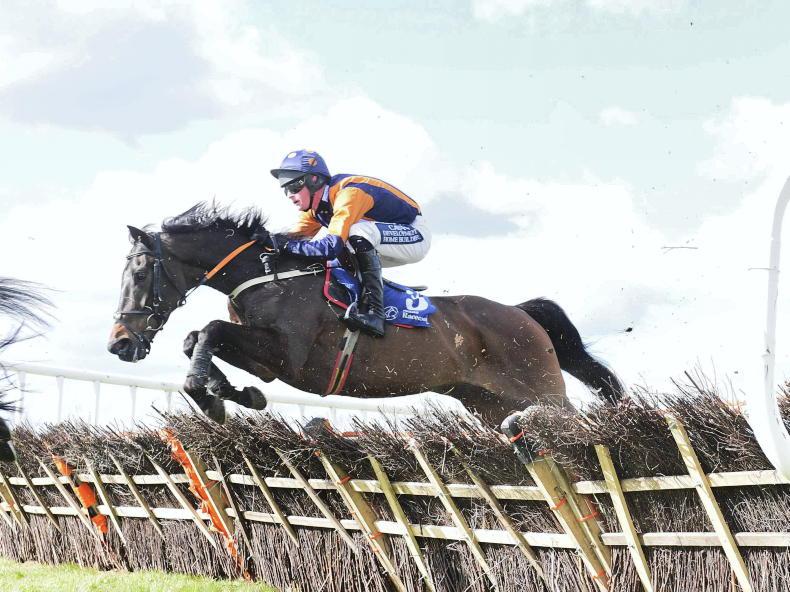 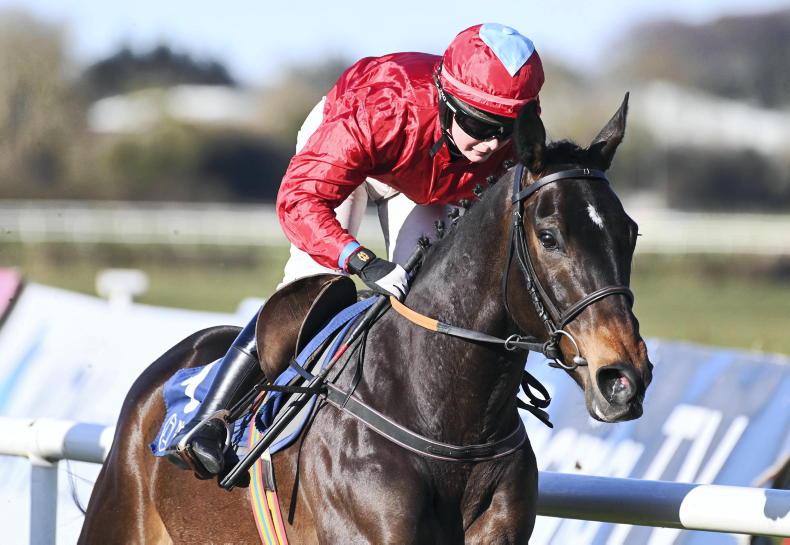 HIS form might have gone a little awry over the last couple of months but Gatsby Grey showed just what he is capable of as he trounced his rivals in the rated novice hurdle over two miles.

After winning his first two starts on the track, the Oliver McKiernan-trained six-year-old had struggled when upped to graded company on his last three outings.

However, a revelatory effort here showed that he is well worth another chance in smart company before the end of the season.

A fifth winner from his last 12 runners for the trainer, the 5/1 chance improved for Barry Browne to head the field on the approach to two out and he then sprinted clear to dish out a 15-length beating to Ballykeel while the odds-on Goven finished a well beaten fifth.

“I wasn’t sure if he’d have the pace for good ground but I’m delighted to be wrong. He showed gears there and I think we’ll just have to put this down to the ground and we’ll try to keep him to good ground from now on,” declared McKiernan.

The Eddie Cawley-owned and trained West Is Awake (4/1) pulled off an improbable victory in the 80-102-rated two-mile, three-furlong handicap hurdle.

Philip Enright’s mount looked booked for third at best nearing the final flight but finished with a tremendous flourish to sweep by The Grey Lad and No Thanks in the last few strides.

On just his second handicap outing the victorious six-year-old was sent off a strongly supported 4/1 chance and he could easily progress further before the end of the season.

AFTER a season in which she was placed in maidens won by the likes of Party Central, Nell’s Well and Brandy Love, the Philip Dempsey-trained Broomfield Hall secured a deserved success in the Irish Stallion Farms EBF Mares Maiden Hurdle.

The trainer’s son Luke set out to make all aboard this Ray Fitzgerald-owned daughter of Jeremy and she looked to be in control when clearing into a useful lead after two out.

The favourite Take Tea led the chase in the closing stages but she was never getting to Broomfield Hall (6/4) who got home by three lengths.

“She deserved that and I’d say it was a lesser race than some of those she’d been running in.

“Maybe she could go to Punchestown and I’d be hoping she will be a nice mare to go chasing with next season,” reported the trainer.

Some 20 years after he finished second aboard Newhall in the Triumph Hurdle, Fran Flood sent out that mare’s son, Tuckmill (16/1), to land the first division of the 80-95 rated two-mile handicap hurdle.

The Tom McParland-owned and -bred son of Court Cave eased into the lead for Sean O’Keeffe coming away from the first flight in the straight and he reached the finish with seven lengths to spare.

The last flight was omitted here after the favourite Gargouille came down with a circuit to run.

“He probably needed to concentrate more and the blinkers helped him. He ran a fine race the last day (in first time blinkers) and hopefully they keep working for him,” said Flood.

Stephen McConville and his son Michael combined to land the second division of that handicap hurdle with Flashthelights (12/1).

A first winner for Michael McConville since 2011, this six-year-old is also owned the rider’s father and he progressed from an encouraging effort at Thurles several weeks ago to see off Johanna Yeats by five lengths.

“That’s my first winner for a good few years. I had a break for a while so it’s great to get back and ride a winner again. He’s done it nicely in the end. He’s been progressing his last few runs and as long as he kept progressing we felt he’d be thereabouts,” declared the winning rider.

Handicap next on the Horizon

JOSEPH O’Brien’s Celestial Horizon took advantage of a good opportunity to get the day off to a successful start for favourite backers in the four-year-old maiden hurdle.

The 123-rated 11/8 favourite, who came here off a respectable showing in a Grade 3 at Fairyhouse last time, picked up nicely for Mark Walsh in the straight.

A good jump two out enabled the J.P. McManus-owned Celestial Horizon to take control and a much better jump at the last than Douglas Dc settled the outcome.

At the line, the market leader had two and a half lengths to spare over Evergreen And Red, with Douglas Dc a further short head back.

“He enjoys nice ground and he’ll stay going for the summer. He’s getting the hang of things over hurdles and he’s a horse who stays well. I’d imagine he will head for a handicap next,” remarked the owner’s racing manager Frank Berry.

The €42,000 Goffs Land Rover Sale graduate looks a horse with a fine future on this evidence as he further highlighted the strength of young talent at his trainer’s disposal.

He led over two furlongs from home and showed a lovely attitude to see off the persistent pair of Ideal De Ciergues and Roccovango, eventually defeating the first-named by three-quarters of a length.

The Goffs Land Rover Bumper at the Punchestown Festival is next for the winner who looks more than capable of playing a leading role in that €100,000 race.

Happily Joey Dunne and Mark McDonagh walked away from a chilling incident early in the straight where Forest Pump came down and brought down Barnwick.