Title: NAVAN SATURDAY: Go with The Friday Man to get it done on Saturday 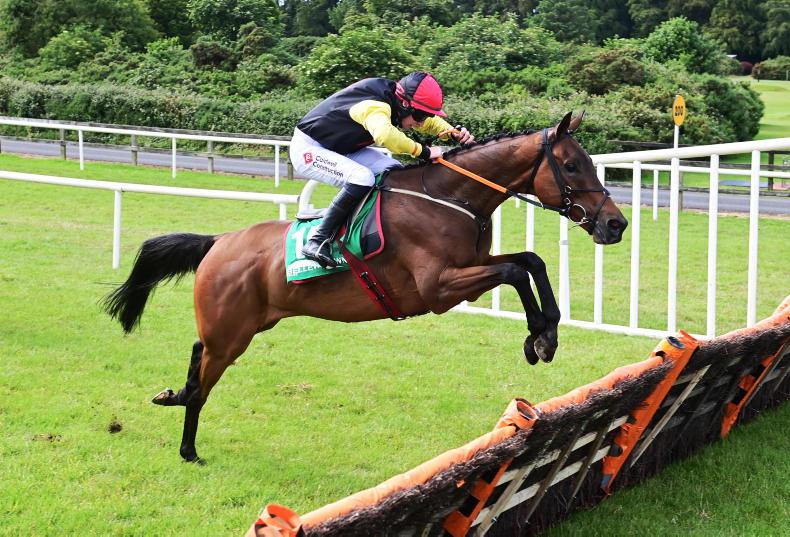 Mosala deserves another chance having shaped with plenty of promise on his hurdling debut at Cork. The Henry De Bromhead-training gelding raced prominently and still held every chance when falling at the second last hurdle. He has plenty of experience on the flat, and also a fair level of ability, so he should be involved.

Pats Choice shouldn’t be far away again, having finished second on each of his last five starts. The son of Getaway has enough ability to win one of these and his turn is surely close.

High City Roller was just touched off on his hurdling debut at Wexford, before finishing third in a stronger contest at Kilbeggan last time. The former Limerick bumper winner may not be one of his stable’s leading lights but looks good enough to win his maiden at this time of year.

Nonbinding was sent off favourite at Downpatrick last time but was brought down in dramatic circumstances at the first flight. The Kalanisi gelding had run well at Ballinrobe on his previous start.

Nibiru impressed on his seasonal reappearance at Fairyhouse on the flat, before running better than his final placing suggests when switched to hurdles at Galway. He is undoubtedly well handicapped for shrewd connections.

Swelltime is also of interest back over hurdles after a profitable summer on the level. The six-year-old has both won and finished second at this venue since scoring over flights at Kilbeggan in July.

Spick And Span should be capable of a good showing on her second start in handicap company. Second on three consecutive starts in maidens earlier in the year, the J.P. McManus-owned mare looked set to collect when falling heavily at Ballinrobe in July. Following a confidence booster next time, she caught the eye on her handicap debut.

Hattie Amarin had excuses last time and remains open to improvement over hurdles.

Royal Romeo can take this prize for locally based trainer Noel Meade. A winner of his bumper at Fairyhouse in November, he has run solid races on all three starts over hurdles. A horse who is at his best on good ground, connections will be anxious to win his maiden before the weather changes.

Rodney Boy is a consistent sort who deserves to make the breakthrough over hurdles. He ran well in some better maidens over the winter and will appreciate this easier task.

The Friday Man is very well treated by these conditions, especially with Kieran Buckley utilising his claim. He should appreciate the stiffer test here having just been caught out over shorter at Galway on his penultimate start. The Gordon Elliott-trained gelding may have further scope for improvement.

Bugs Moran progressed through the ranks as a handicapper last term, winning at Fairyhouse over Easter, then finishing second at the Punchestown festival. He could have more to offer over flights this season and has time on his side.

Grozni was well punted when disappointing at Limerick on his stable debut but showed more when a staying-on third at Kilbeggan last time. A former bumper winner, he has yet to convince over hurdles but still has time on his side.

Na Caith Tobac has been a revelation over fences this year, so commands obvious respect on his return to hurdling. The Paul Flynn-trained gelding has run well at Navan previously so should hold a live chance.

Beasley Street deserves another chance to show what he is capable of despite disappointing on his racecourse debut at Cork. A half-brother to a listed-winning mare, he was well held first time up but was strong in the market. It would be a surprise if he doesn’t show more now.

Champagne Fame made a really encouraging debut at Killarney when chasing home an odds-on favourite. The third has since won over hurdles.