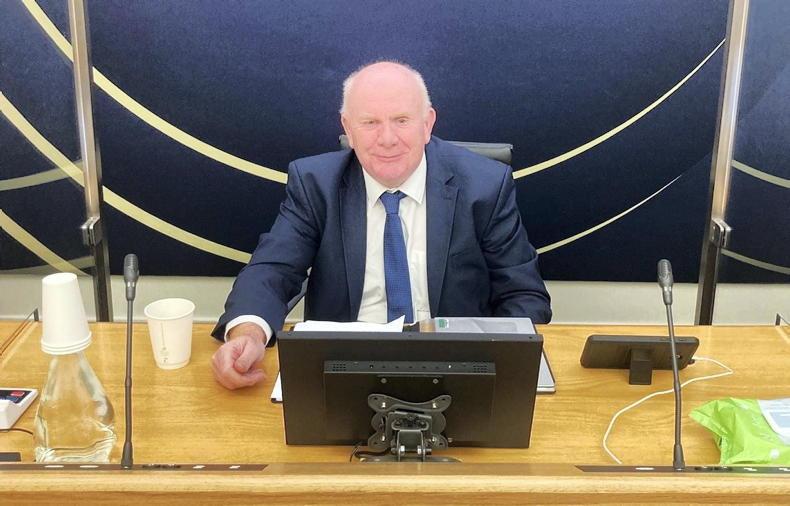 A ROBUST anti-doping programme needs to be put in place for national equestrian competitions to order to protect the reputation of the Irish sport horse industry.

That’s according to the chairman of the Agriculture Committee, Deputy Jackie Cahill TD (FF) who voiced strong support for increased funding in the forthcoming Budget for an enhanced testing programme and also for the provision of a once-off feed scheme for equines this winter.

The Tipperary farmer and lifelong supporter of horse sports praised the HSI Budget submission as “very professional and credible” while warning that “Rome was not built in a day” as Budget Day looms.

Deputy Cahill said: “It was a very professional Pre-Budget submission, very well put together and a lot of thought into it. There could be welfare issues this winter with the increased cost of fodder and people have less disposable income so I could see a once-off allocation on that side.

“This industry is one that gets into the most disadvantaged areas of the country. In a lot of instances when you go into the poorer land areas, you will find a couple of mares and horses so this is a very good case of putting funds into all areas of the country. The capital investment case is clear cut - infrastructure is needed and there is significant demand for it.”

Doping a threat to industry

Deputy Cahill continued: “The other issue is doping that we don’t want to talk about but the integrity of the industry is involved. The level of testing in the sport horse industry at present is not sufficient. That needs to be upped very significantly, the last thing you want is horses sold here after a competition and then question marks arising over it. That destroys the reputation of the industry.

“We had three Irish-bred horses on the winning Aga Khan team which is a marked improvement on where we were about 15 years ago where all the horses were foreign-breds, and there is a very good level of FEI testing at international competition level.

“You saw last year the damage done by claims about doping in racing, unsubstantiated claims that damaged the industry and the only way to protect the equestrian industry is through higher testing so nothing slips through the net. It’s very important to safeguard the industry going forward.

“I would see this as a matter of priority. I have invited Denis Duggan and Horse Sport Ireland to come in front of the Agriculture Committee of which I’m chairman. That (anti-doping measures) and equine welfare really tick all the boxes. You must protect the reputation of your industry, that’s integral. For people coming here to buy the Irish horse, we must make sure on welfare and doping that we are up to international standards.”

Asked whether HSI’s submission for €33.5 million in Budget funding was a runner, Deputy Cahill said: “I would hope there would be some increased funding for HSI. I will talk to Minister McConalogue about this and he will be arguing for as much as he can get into his Budget and hopefully HSI would get a share of that. Rome was not built in a day but they put a good case on the table here today. The focus of this Budget will be energy costs, cost of living control measures and keeping businesses open.”