Clare County Council has stepped in to ensure that Spancil Hill Fair can go ahead this year, reports Gordon Deegan 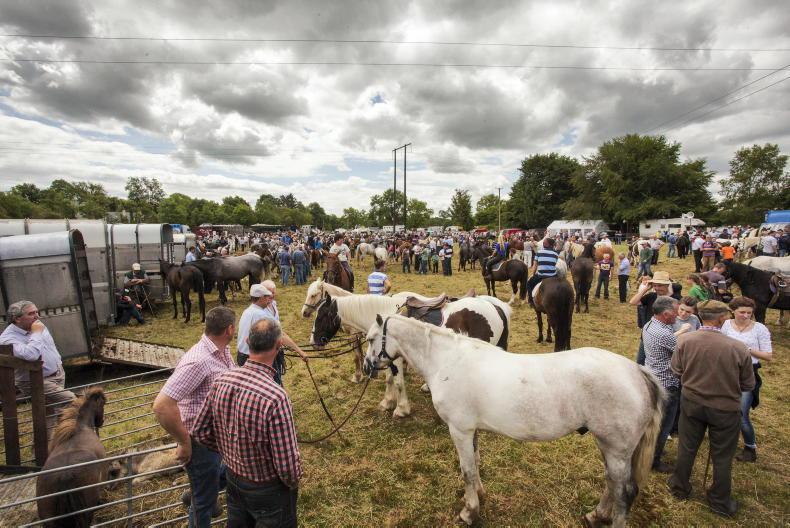 IMMORTALISED in song, Spancil Hill Fair in Co Clare is to take place as usual on June 24th this year after all.

This follows Clare County Council intervening to insure this year’s event after the fair’s failure to secure cover threatened the staging of the 400-year-old horse fair.

The fair has not taken place for the past two years due to Covid-19 and Clare Council chief executive, Pat Dowling, allayed fears for this year’s event after telling councillors at the April Council meeting that this year’s fair will proceed.

To applause from the Council chamber, Mr Dowling said “the fair at Spancil Hill will be going ahead in June”.

A Council spokesman said that the Council “has been in ongoing contact with the organising committee of the Fair and the Council also confirms that the event is covered under the Council’s insurance programme.”

A charter for the historic Spancil Hill Fair was granted by King Charles in 1621 and spokesman for the fair’s organising committee, Paddy Hassett commented: “We’re delighted because we were up against it. If we didn’t have insurance, we would have to pull the plug because we could’t afford to take the risk.”

Paddy Hassett added that the fair committee never had a legitimate insurance claim in over 35 years in operation. “People come from all over. It is a great day out and there are very few of them. It is a date in the calendar for a lot of people.”

Hassett said that the fair was unable to get an insurance quote for this year’s event and he said that this was due to the fall-out of Brexit.

Cllr. Pat Burke (FG) told the April meeting of the Council, “it can’t be that we let the Fair go. We have enough lost in rural Ireland. We have to hold onto some of the traditions and Spancil Hill is up there at the top.”

Cllr. Joe Cooney (FG) said that the fair is something rural people from all over Ireland look forward to attending while Cllr Pat Daly (FF) stated that the fair is going on for 400 years “and we can’t afford to lose it”.

The issue was brought up in the Dail last week where Deputy Michael McNamara (Ind) said “Spancil Hill is an important cultural institution in Ireland having recently been included in Ireland’s National Inventory of Intangible Cultural Heritage.”

Deputy McNamara continued: “Like much of our intangible cultural heritage, it is not only intangible but is endangered and will not be around for much longer unless the Government takes action to protect it because it cannot now get insurance. Insurance is a significant obstacle for any event and occupiers’ liability is an issue for every organisation in the country.”