The 2024 Paris Olympic Games qualifying system is up for approval at next month's FEI General Assembly, while National Federations also had their say on the 2020 format 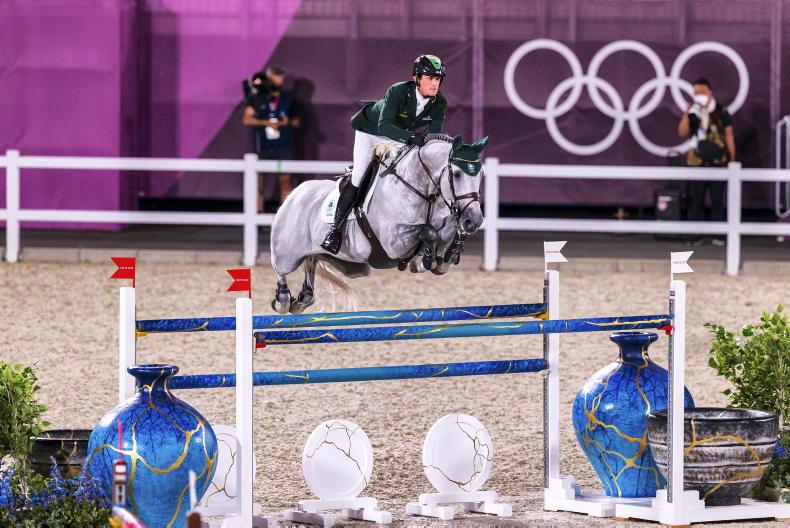 HORSE Sport Ireland has submitted written feedback on the Olympic format and the proposed qualification system for the 2024 Paris Olympic Games to the FEI ahead of their Hybrid General Assembly on November 14-17th.

HSI was among 17 National Federations to submit feedback on the proposals and asked that “a proactive discussion is held at the forthcoming General Assembly regarding the qualifying procedures,” adding that “the [2020 Olympic] format did not serve the athletes, the horses or the global image of equestrian sport very well.”

Like the majority of NFs who submitted recommendations, HSI asked that four to a team be reinstated across the three Olympic disciplines. For jumping, they suggested a team of four, reduced to three for the final, with the team event to take place before the individual.

In terms of the eventing format, HSI said: “The Olympic format for 2020 of a team of three and a P-athlete was not well received by owners, athletes and chef d’equipes. It caused problems for several federations around selection and managing the position of the P-Athlete, which asks a lot for a horse and athlete combination to be on standby the whole time for a competition, while also being excluded from the Olympic Village, and not to be called an Olympian. In this time of mental health awareness, it is a step in the wrong direction.”

If a team of four is not possible, HSI suggested: “A solution could be to have the P-athlete compete as an individual but also still be the substitute if necessary. With 16 teams, it would give you 16 individuals, the quality/standard of the individual field would be much higher and should contain serious contenders for an individual medal. You are then avoiding asking owners, athletes and horses to travel to the Olympics without competing.”

The Netherlands, Switzerland, Germany and France also made written submissions about the return of four to a team. The French Federation wrote: “We support to have more flags as long as it is not compromising horse welfare and that all participants qualify on fair worldwide procedures to ensure safety and to have the best at the Olympics.”

The Paris 2024 Qualification System is set to be approved by the General Assembly on November 17th. Changes to the jumping qualification include just five nations qualifying at the 2022 World Championships, instead of six like at the 2018 World Equestrian Games. It remains as six for eventing and dressage.

HSI is against this change and requests a discussion on the matter. “It appears some countries, for example Israel and Czechoslovakia, have a disparate advantage over other countries with access to a special qualifying events in tandem with holding the opportunity to compete in WEG, the Europeans and Barcelona,” their submission said.

“Furthermore, there is concern amongst the jumping community that the special Olympic qualifiers are not of equivalent standard and do not hold the intensity that the other qualifiers do. As such, this presents an unfair advantage to those nations.”

Other discussion points were the qualifying slot available to the FEI Eventing Nations Cup Series in 2022 and 2023. HSI support the inclusion of the series, however the USA and the Pan American Equestrian Confederation (PAEC) object.

The USEF commented: “The Nations Cup series only benefits nations based in Western Europe. The 2022 Nations Cup quota place should be added to the WEG quota places. WEG is of a comparable level to what the Olympics should be.”

HSI asked the FEI to consider the level of athletes in the individual eventing competition, commenting: “The allocation of individual places is only for countries which have not qualified a team. This generally means the standard of individual athletes is very low, and they have little or no chance of competing for a medal.

“The Olympics is meant to be the pinnacle of our sport and showcase the best combinations competing in a safe and highly skilled way which is unique to eventing. It also, has to be taken into consideration the standard of riding and the safety of these athletes competing at the Olympics with minimum experience at CCl4*L and no experience at CCIS*L.”