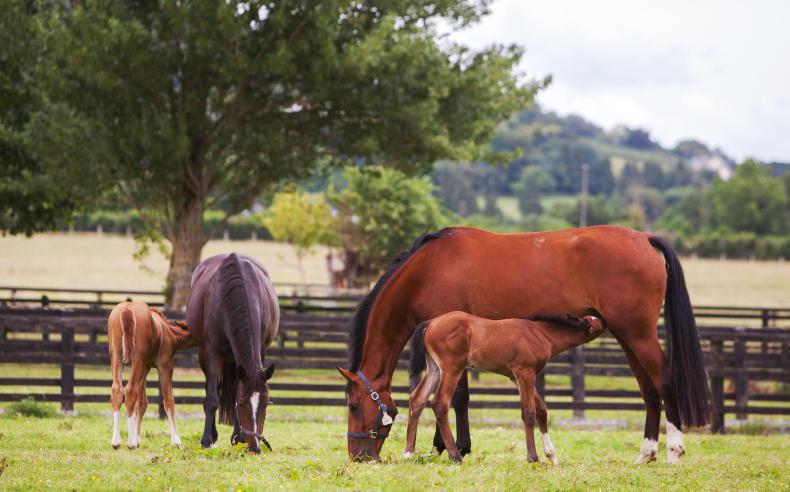 Following a meeting with Horse Racing Ireland (HRI), Kennedy said that the IFA has made a proposal to HRI to put in place a significant financial incentive scheme to directly support the breeders of thoroughbreds, and smaller breeders in particular. The proposal involves a voucher incentive to breeders of the winner of a selected number of races, similar to the IRE scheme currently in place. These vouchers would go directly to breeders to be redeemed against stallion fees.

“Owner-breeders with a horse in training have declined noticeably. Such a breeder incentive scheme would safeguard the future of this dedicated sector of Irish thoroughbred breeders,” he said.

A Deloitte report commissioned by HRI in 2017 on the economic contribution of the thoroughbred racing and breeding industry in Ireland showed that the vast majority (92%) of Irish breeders have five broodmares, or fewer. This cohort of breeders has 65% of the country’s broodmare stock.

Kennedy said: “These smaller breeders, spread throughout rural Ireland, are the lifeblood of the thoroughbred breeding sector and must be supported. Irish racing is a healthy position and it’s wonderful to see it continue to thrive, and for Irish-trained horses to complete successfully on the international stage. The worry for many within the Irish breeding sector, particularly among smaller breeders, is the growing presence of international-bred horses.”

French-breds, in particular, have been successful in many of the top Irish and British National Hunt races in recent years. Leading Irish trainers are increasingly looking to France for young horses to go into training.

“Irish breeders want to compete at the highest level and we need grassroots support to continually improve the overall quality of horses we produce. By selecting the best sires and breeding to our best broodmares, we will match and compete with the French or any other thoroughbred breeding nation,” Kennedy said.

He also called on the Department of Agriculture to provide supports for all breeders in the equine sector, both thoroughbred and sport horse, by including measures for horses in the new on farm investment scheme from 2023. Kennedy said that the equine sector is an important contributor to agriculture output as well as being an integral part of our heritage and should be included in any on farm grants supports under the new CAP.

“It’s clear from speaking with HRI and other industry stakeholders that this inclusion is universally supported, and also clear that this Government, and the Minister for Agriculture Charlie McConalogue, must include the equine sector in this investment scheme from January 2023,” he concluded.