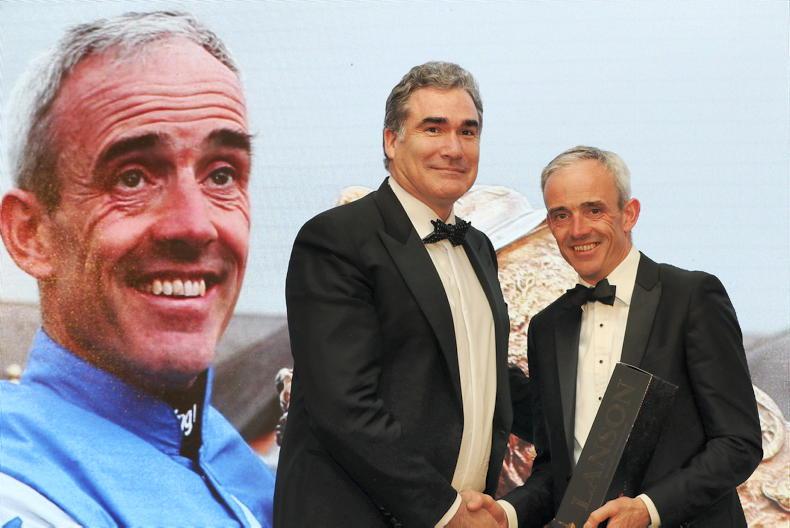 Pictured here making a presentation to Ruby Walsh in 2019, Martin O'Donnell is the new chairman of the IHRB \ carolinenorris.ie

THE Irish Horseracing Regulatory Board will appoint two independent directors “at the earliest possible opportunity”, according to IHRB chairman Martin O’Donnell who chaired his first board meeting on Thursday. O’Donnell succeeded Harry McCalmont as chairman at the turn of the year.

O’Donnell said: “As somebody with a deep love of and affinity with Irish horseracing, I am committed to ensuring that the governance and operation of the IHRB is held to the highest possible standards.

“This board’s first priority is to fill the role of CEO, and to effect the appointment of two independent board directors, at the earliest possible opportunity.”

The “independence” of IHRB directors was questioned last summer by members of a cross-party Oireachtas Committee.

Cliodhna Guy is the current interim CEO of the IHRB following the retirement of Denis Egan last September.