Tenebrism is by the sprinter Caravaggio, but her dam, Immortal Verse, did win the Coronation Stakes at Royal Ascot over a mile 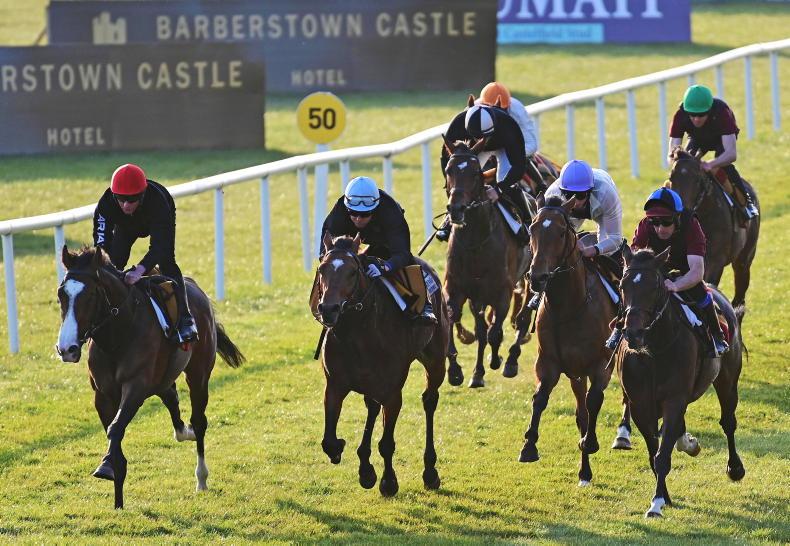 Aidan O’Brien has high hopes Tenebrism will see out the trip when the Cheveley Park Stakes winner steps up to a mile in the Qipco 1000 Guineas.

She is by the sprinter Caravaggio, but her dam, Immortal Verse, did win the Coronation Stakes at Royal Ascot over a mile.

Tenebrism was one of a host of classic contenders O’Brien took to work after racing at the Curragh on Saturday.

“He felt there’s a good chance that she could stay (a mile). We went a good gallop in front of her and she picked up and ran home.

“Hopefully she’s OK after it, but you’d have to be very impressed with what she’s done so far. The Guineas is a tough race, though.

“She had a little problem last year which was why her races were spaced out, but she looks very smart at the moment. I thought it was impossible what she did at Newmarket.

“At halfway I thought she was going to run bad. But she looked like she wanted every yard of that trip. We always thought Caravaggio could stay further than six.”

Tuesday is another three-year-old filly with classic potential being a sister to Minding and she broke her maiden on Sunday at Naas.

“Tuesday was good and she’ll come on a good bit. She looks like a filly who will stay well – she’s relaxed and laid back and we were delighted with her,” said O’Brien.

“I think the English Guineas will be too soon for her, so it might be an Irish Guineas on the way to an Oaks, something like that. There is a trial at Leopardstown, she could go there.

“I’m thinking of going up gradually on the way to an Irish Guineas, or we could have a look at the Musidora if we weren’t doing that. We’ll see how she is.”

Of his classic colts, O’Brien worked Point Lonsdale and Luxembourg together at the Curragh.

“I was very happy with Point Lonsdale. Him and Luxembourg kind of went together and I thought the two of them went very well,” said O’Brien.

“We’re thinking the two of them can go to the Guineas at the moment. Point Lonsdale is a lovely horse, he has a great mind and when he gallops his head goes to the ground. He’s a great traveller, has plenty of pace and he’d love a nice bit of ground, even though he was racing on soft ground most of last year.

“It looks like Luxembourg will go straight to the Guineas. He travelled well in his work. The two of them finished close and it will be interesting. The two could go there and then we’ll see after that, but you’d imagine they’d have no problem stepping up (in trip).

“He’s probably bigger than (his sire) Camelot but he has the pace. Camelot is the only Montjeu to win a Guineas I think and this fellow finds it easy to go fast, which is a good sign. They could both be Derby horses.”

O’Brien went on to discuss some of his other three-year-old colts.

He said: “Scriptwriter ran in England at the end of the season, he’s probably one for a Derby trial, he looks a mile/mile and a quarter horse. He won at Gowran and he could go for a trial or we might even chance him over a mile. I just think a mile and a quarter might suit him better.

“Glounthaune will go for the Guineas trial on Saturday, he’s going very well and showing plenty of pace. America (Breeders’ Cup) was probably too quick for him, Ryan said he couldn’t get him organised and he was too green on the track but he’s going well. We were playing catch up all last season, he’s a big horse, but he could be one for the French Guineas.

“United Nations won at Naas and then went to Newmarket. I think he’ll stay well, he’ll want a mile and a quarter plus. He’s lazy but will stay well, physically he’s done very well.

“Star Of India went to the Curragh to see if he was a Guineas or a Derby horse. He has a lazy way of going but does everything well, there’s always plenty in there. He could look at a French Guineas and then look at the French Derby. He’s another one of those could be anything.

“Bluegrass might run in the Ballysax. He was just a bit green at Newmarket, it took a while for the penny to drop, he has a lazy way of going. He didn’t run too bad in the Zetland after never travelling. Newmarket can be like that if you don’t know your job.”

The Ballydoyle handler has a host of three-year-old maidens in his stable and highlighted some he felt could be better than average.

“Cougar, Samuel Pepys, and Changingoftheguard are maidens who are going well. Snowfall’s brother, (Newfoundland) has been going nicely too. Loch Ness is another, he had a nice run behind Star Of India,” he said.

“The Algarve was ready to run but she got an infection in her hock. She’ll have an Oaks Trial and could be an Oaks filly. Only, the first foal out of Winter, a Deep Impact filly, she goes well, too.” 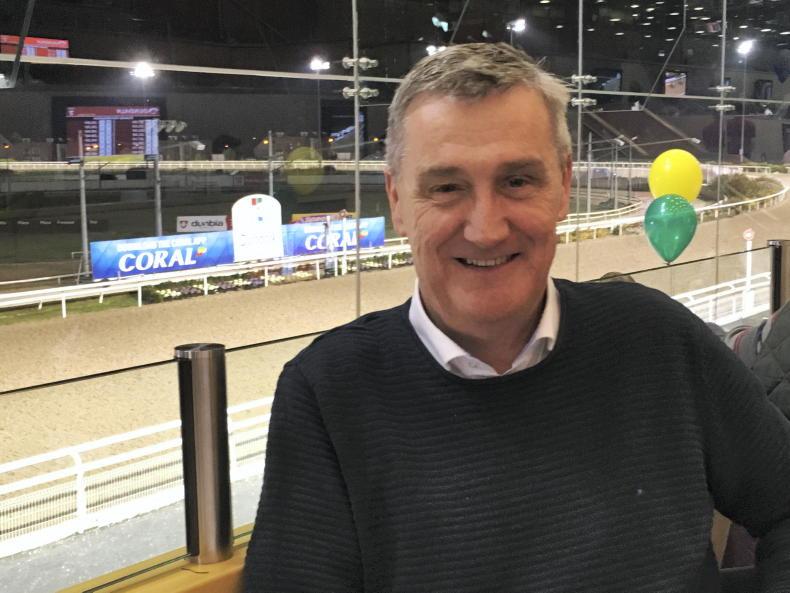 Leo Powell
EDITORIAL: His achievements are off the scale
Leo Powell pays tribute to the achievements of Aidan O'Brien as he looks for Irish classic winner number 46 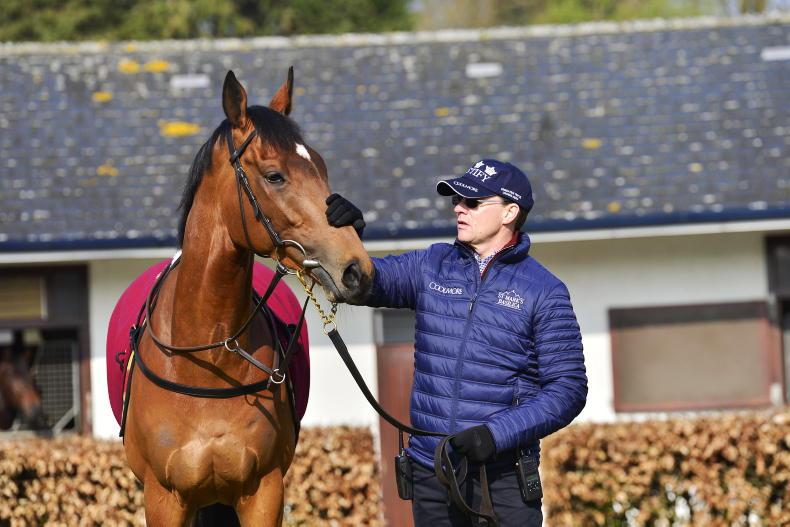 Anne Marie Duff
TALKING TRAINER: Aidan O'Brien - 'This time of year you are dreaming more'
Anne Marie Duff was in Ballydoyle early this week as the 2022 classic hopefuls went through their paces 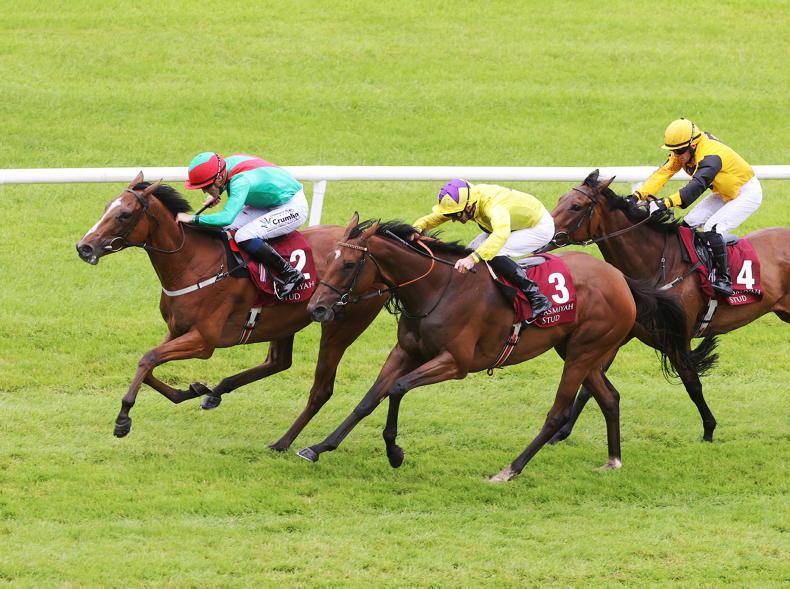 Andy Bate
ANDY BATE: Brave Coco passes Polly test
Billy Lee is riding with supreme confidence at present and was again seen to great effect on the winner, sitting close to the pace before delivering his winning challenge 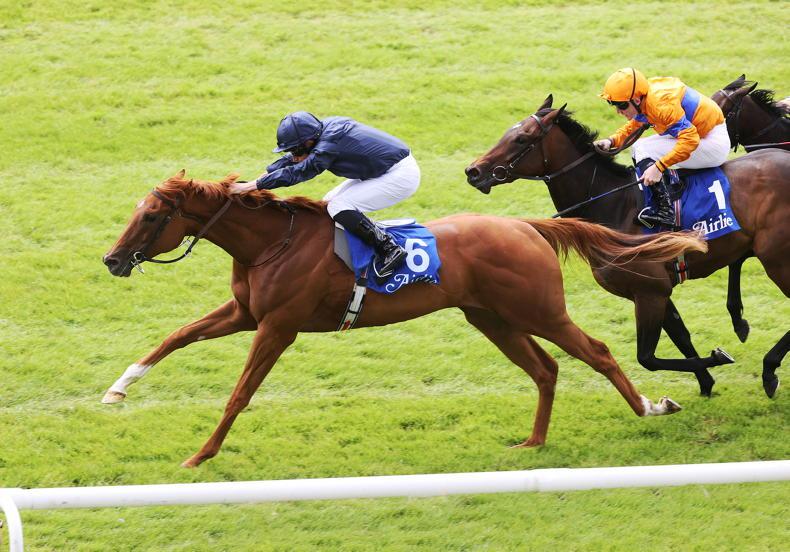 Regina Horan
CURRAGH SUNDAY: Statuesque Statuette stays unbeaten
This imposing daughter of Justify looked a huge talent when scoring on her debut at Navan in late May and confirmed that impression with a performance that can be rated better than the bare result