Normally associated with point-to-points, the Downpatrick family are no strangers to the winner's enclosure at flat meetings either 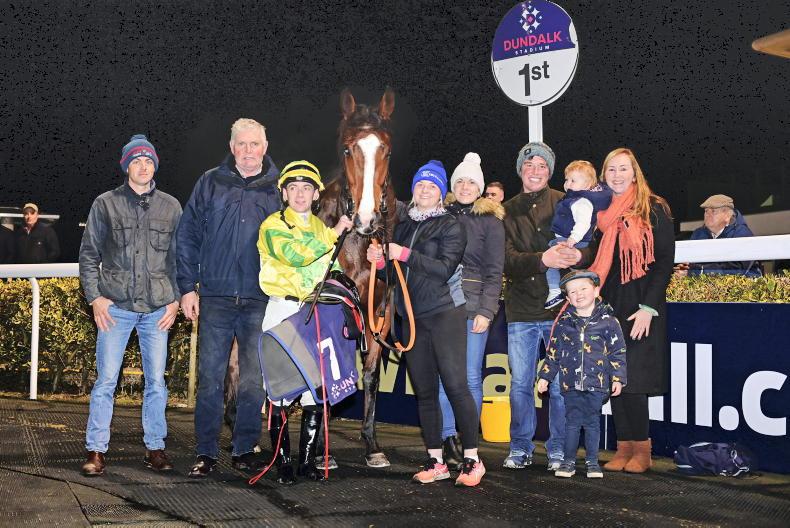 PADDY Turley, the point-to-point handler based in Downpatrick, is hoping to complete a nice piece of business in Newmarket on Monday night when he sells recent Dundalk winner Lecale’s Approach.

The two-year-old filly made a winning debut last weekend for trainer Natalia Lupini, incidentally her third winner from three runners in the past two weeks.

Paddy told us: “I bought the filly as a yearling from Clare Manning [Boherguy Stud] for €19,000 at the Goffs Autumn Sale. We pre-trained her at home up until three months ago, when we sent her to Natalia. After a few days Natalia told me we had a good filly and I told her to keep going.

“We weren’t sure if she would race at two as she is a bit backward but Natalia said the filly showed plenty of speed and had a very good attitude. She went and won pretty easily and now the plan is to sell her at the Tattersalls December Sale. We think she’s a very good filly. She’s out of a Group 3 winner so she has a strong residual value.”

Paddy and his wife Mary brought a gang with them to Dundalk though the 12/1 starting price suggests they weren’t expecting too much. The Turleys also owned Lecale’s Destiny which Lupini trained to win at Dundalk in August, and they used to train Lupini’s stable star Dunum, so the connection is strong.

“Natalia’s unreal, a great trainer,” Paddy said. “We had a great night in Dundalk – we definitely didn’t feel the cold!”