The Irish Pony Club's senior and junior Tetrathlon squads recorded their best ever results in Scotland, winning all team competitions and five of the six individual competitions 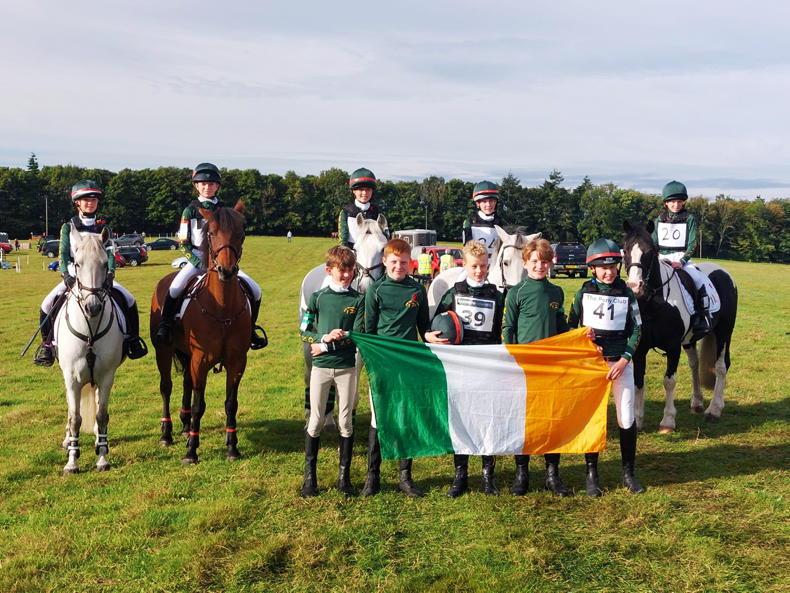 THE Irish Pony Club’s international senior and junior Tetrathlon squads and their Minimus counterparts recorded their best ever results this year, winning all team competitions they contested and five of the six individual titles.

Last weekend, a 10-strong Minimus squad headed to The Pony Club’s Northern Minimus Tetrathlon Championships in Kelso, Scotland, intent on honouring the memory of former Waterford Branch member, and Minimus graduate, Jack de Bromhead by their performances and they did so in some style.

On his way to victory, Landy won the shoot phase (980) while Walsh topped the marks at the conclusion of the run (1,135) and the swim (1,054). This pair and O’Callaghan retained all of their 1,400 ride phase marks over the traditionally strong cross-country course. The sole British contender on the final leaderboard failed to score a point in the ride phase.

The girls far outnumbered the boys at the championships with 21 starters in this higher level competition where IPC members filled five of the top 10 placings. The winning score of 4,376 points was recorded by Julie McDonald who was joint-third in the run phase (1,051) and one of seven to go clear across the country.

John Flood, the IPC’s chairman of Tetrathlon and Minimus, was not only delighted with last weekend’s results but with the performances of the international squads throughout the campaign. “It has been full on since last November and fair play to the competitors, who put in all the work, and to their parents who are equally committed.”

Among those committed to the cause is Co Tipperary’s Maura Purcell who travelled to these championships in 2000 with her son Nigel and made a return visit last weekend with grandson Jonty, the reigning boys’ individual champion.

“It has been a great season, but a lengthy one, and I’m looking forward to a break,” concluded Flood whose idea of a break means taking to the saddle himself for the hunting season – both here and in Britain.

A FULL report with photographs on the Irish Pony Club’s international mounted games competition, which was staged at Barnadown last Saturday and Sunday, will appear in next week’s issue. There will also be coverage of the IPC’s final national competition of the year, the Mackey hunter trials championships, which takes place today at the Ballycahane Equestrian Centre, Crecora, Co Limerick.

While just five branches are represented in the teams of three championship, roughly 400 combinations from Seniors to Under 12s are due to start in pairs and individual competitions at the Furnell family’s centre. Ben Buckley (Limerick), Laura O’Sullivan (Muskerry) and David Kiely (Duhallow) are the three entries in the horn blowing competition for the Major Victor McCalmont trophy.

On Sunday next, September 25th, the Shillelagh & District Branch is holding a novice one-day event at the Tinahely Riding Club grounds in Coolboy, Co Wicklow. Entries close at 6pm on Monday. No late entries will be accepted.