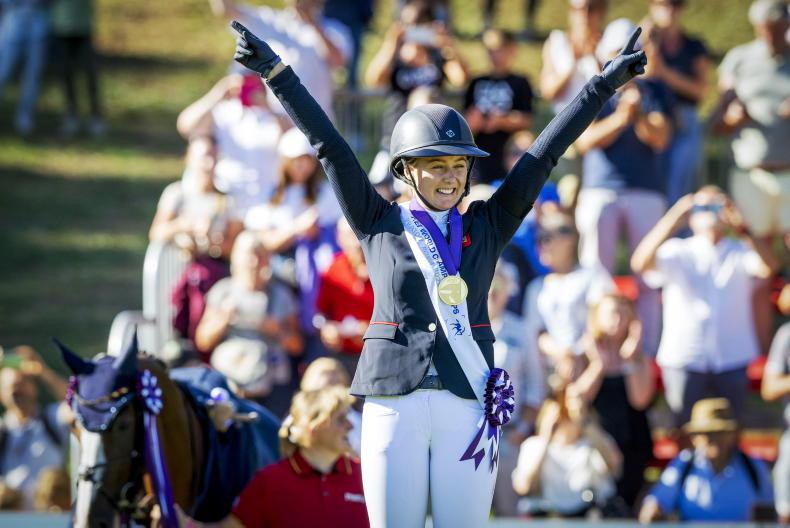 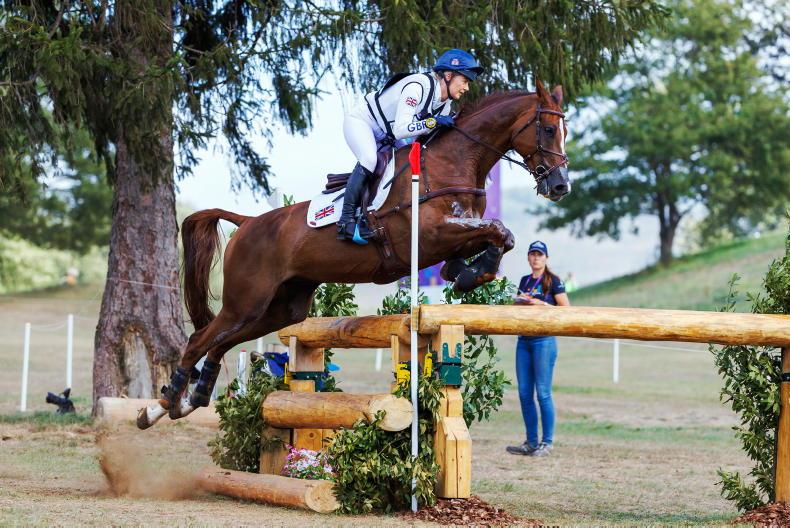 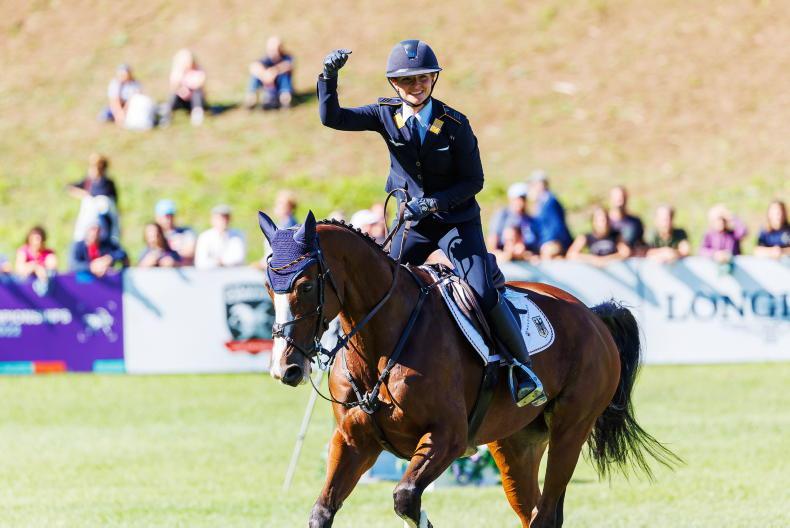 YASMIN Ingham was crowned the new world champion at the FEI Eventing World Championships in Pratoni de Vivaro, Italy on Sunday afternoon. The 25-year-old was making her championship debut and became the first ever individual rider to take the crown and the best ever British score at a Worlds.

Ingham was the fifth member of the British team – which lost its grip on all the major team titles in eventing when finishing off the podium – with the fabulous 11-year-old gelding Banzai du Loir and rose from third after dressage to the silver medal position after cross-country, before a phenomenal show jumping round on Sunday – one of just 12 clears – eventually landed her the gold medal when German favourite Michael Jung lost it at the final fence.

Adding just 1.2 cross-country time faults to her dressage score (22.0), she completed on 23.2. The 2020 Olympic champion Julia Krajewski backed up that Tokyo form when taking the silver medal on her dressage score of 26.0, and she helped Germany to the team goldm while New Zealand’s Tim Price added individual bronze to his team bronze with Falco.

Price also completed on his dressage score of 26.2, as did Britain’s Ros Canter in fourth place, but Price was closer to the optimum time of 9.50 minutes across the country and therefore finished ahead of the 2018 world champion who had to settle for fourth aboard the 10-year-old gelding Lordships Graffalo, one of the standout horses of the championship.

Jung was bidding to set a new record finishing score of 18.8 which he maintained over Saturday’s cross-country and had a fence in hand. When fischerChipmunk FRH knocked 11a, spectators held their breath but they could hardly believe when the final fence fell too, and dropped the 2010 world champion off the podium entirely, finishing fifth.

Ingham’s world title means all the major championships – Worlds, Europeans and Olympics - remain with female riders and two of them in Britain.

Yasmin Ingham grew up on the Isle of Man, a little island that lies between England and Ireland and which covers an area of just 572 square kilometres with a population of 85,000. She lived on the island while she was competing in ponies, taking the ferry to the mainland for competitions, until meeting her backer Sue Davies after she won individual gold at the Pony Europeans and, after leaving school at 16, she moved to her yard at Pewit Hall in Cheshire, England.

“I’m so proud to win this for Great Britain but I’m also proud to do this for the Isle of Man,” Yasmin said.

She enjoyed a hugely successful career at youth level and was crowned Sportswoman of the Year on the Isle of Man in 2013 after winning team and individual gold at the Pony Europeans in Arezzo. In 2018 she posted her first top-10 placing in a CCI4*L U25 at Bramham. She was awarded the Godman Cup that year for the most points gained by a British rider in eventing aged 21 and under.

She won Blenheim last year and was second in the five-star at Kentucky earlier this year with Banzai, finishing behind Jung and Chipmunk. “It was amazing to be given the opportunity to compete here along with a British team who are seasoned pros, so I’ve learned a lot. The support team have been fantastic and a huge thank you to them,” Yasmin continued.

“Banzai is the best horse I’ve ever sat on and I don’t think I’ll ever sit on a horse like him again. He is incredible in dressage, he has so much presence, he’s fast on the cross-country, he’s agile, he’s brave and then coming into the show jumping today he showed everyone that he was jumping a clear round and there was no two ways about it! I wouldn’t want to be sat on any other horse!”

Yasmin could be seen in tears when Jung knocked the final fence. “I dropped to the floor when it happened – all my emotions came flooding out. It was so nice to have my team around me, my family, my friends. Words can’t describe it – it’s a dream finish to this event.”

Julia Krajewski was over the moon with her 12-year-old Selle Français mare Amande de B’Néville. “She jumped her socks off! My goal was to finish on my dressage score and I did. I knew she could jump clear but you really had to get it together today because that was a tough course,” she commented.

As for Tim Price, it was a case of proving Falco is as good as he believed. “This is not a position we’ve been used to in some time”, he said, referring to the first team medal for New Zealand since 2010. “Andrew Nicholson came over and said you guys have waited long enough for that - well done! It’s amazing, we’ve had a great week, and what a finish.”

He was very proud of Falco. “We’ve had faith in him from the start, he always been an out-and-out jumper but to get into Sunday and use that in the best way is just incredible. We worked so hard for this, we focused on it for years, this kind of major event with the team behind us, it means everything.”

Just one Irish Sport Horse finished in the top 10 – Will Coleman’s 13-year-old Arkansas gelding Off The Record who, bred by Peter G Brady, is out of the Ard Ohio-sired Drumagoland Bay. The pair finished in seventh place (27.2) and helped the USA to a team silver medal.

Just outside the top 10 in 11th was USA individual Ariel Grald with the Michael Byrne-bred Leamore Master Plan (Master Imp x Cavalaier Royale) who was among just five horses to finish on his dressage sscore (32.5).