Rory Delargy has four tips, including one at 40/1, for the final day of Royal Ascot 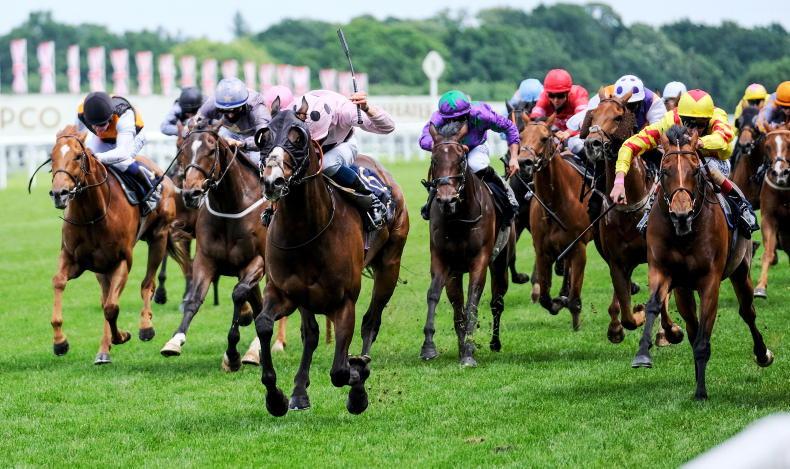 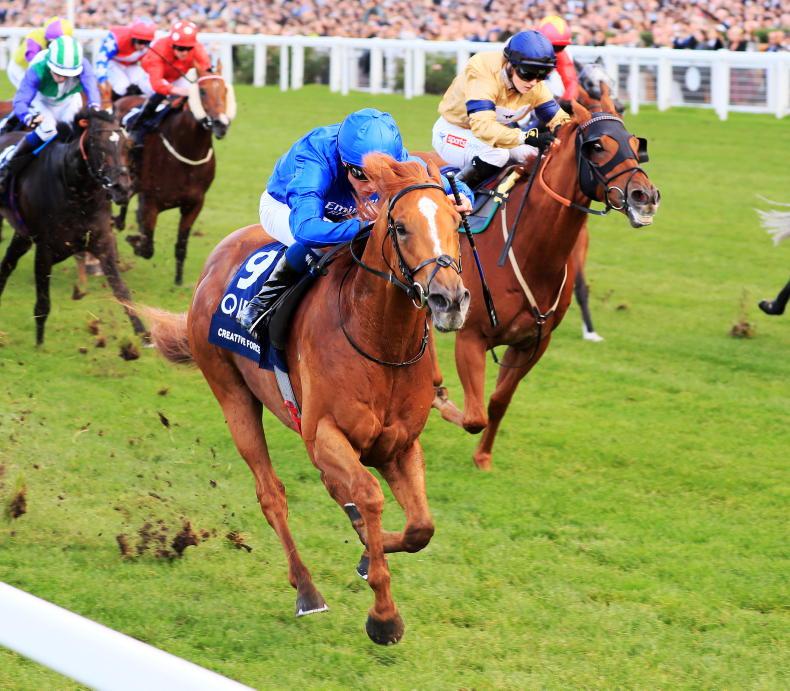 I respect the chances of favourite Alfred Munnings here, and he was undoubtedly impressive on his debut at Leopardstown last month, winning a seven-furlong maiden by four and a half lengths, but the horse he beat that day was subsequently beaten much further at the Curragh by Crypto Force, who shaped extremely well in winning over the same trip.

Michael O’Callaghan’s colt was sold for £900,000 on the eve of the meeting, and will be racing in the colours of Amo Racing. That’s a good bit of business by O’Callaghan, who nearly landed the Norfolk Stakes on Thursday for his new owners, and will be keen to ease the pain of that unfortunate episode.

It’s dangerous to take early-season form lines too literally, but with little form to go on, it is something of a necessity, and it seems strange that Crypto Force should be a double-figure price when he has a similar profile to the odds-on favourite.

The Jersey Stakes looks wide open, and with the ground appearing quicker on the far side of the track on Thursday and Friday, it could be that those drawn on the low side of middle may have the edge. Even accepting that as a reliable guide, the race doesn’t get appreciably easier to solve, and I’ll be keeping stakes quite small.

The one who might end up overpriced here, I thought, was Hello You, who won the Rockfel Stakes as a juvenile, beating no less a rival than Cachet. She was then conceding weight and fitness to Cachet when third to that rival in the Nell Gwyn, and raced far too freely to give herself a chance of staying in the 1000 Guineas. She will benefit from the return to seven furlongs and is well drawn right in the middle for a filly who needs covering up.

The sticking point is that she still has a penalty to carry, but that and her Newmarket no-show should combine to produce a tempting enough price for me to ignore the negative.

There is an outstanding favourite here in the shape of Hurricane Lane, but while I think he ought to train on well, it must be a negative to come here without a prep run, and he’s unraced on genuine fast ground, which is another concern for his prospects at very skinny odds. He’s capable of showing that neither the ground nor the absence are negatives, but they are unknowns, and I have to look elsewhere as a result.

Broome is the obvious alternative on form, but he has hardly been a pal to punters over the years despite winning seven times (you’d still be losing if backing him on every run), and he’s sure to shorten up as others look to oppose the favourite.

Away He Goes also has an absence to defy, and he’s the rank outsider of the party, but unlike a few he will love the quick ground, and he is capable of hitting the frame at a massive price. He failed to win last year, but ran well more than once, and particularly when giving Trueshan a race in the Goodwood Cup. That came on soft ground but Away He Goes has gained all three of his wins on good to firm, and if Ismail Mohammed has got him fit at home, he has the form to finish right amongst these.

There isn’t a handicap in the entire week which looks as hard to solve as the Platinum Jubilee, and the fact that it has attracted 27 runners makes it one of the highlights of the week on paper. Again there is a short-priced favourite in the shape of Home Affairs, who beat stablemate Nature Strip by a short-head in the Group 1 Lightning Stakes at Flemington in February. He’s not one to oppose lightly, but this is a better race in terms of depth, and he will start a shorter price than Nature Strip did when winning the King’s Stand on Tuesday, which offers some pause for thought.

Once again, it would appear that the pace is largely on the far side, with Highfield Princess sure to blaze from stall five, and that makes me think the contest will be set up for Creative Force, who appeals as an each-way alternative to the favourite.

Creative Force is drawn in stall one, which would have been a negative in my eyes a couple of days ago, but is increasingly looking like an advantage. He stays seven furlongs, as he showed when winning the Jersey Stakes a year ago, but he proved that this track and trip are ideal when producing his best effort in winning the British Champions Sprint Stakes.

There was cut in the ground for both of those wins, but he is a three-time winner on fast turf, and it wasn’t the firm ground which beat him in the Sprint Cup at Haydock in between – an early stumble and trouble in running cost him dear that day, and fast ground holds no fears.

Creative Force ran badly in the Al Quoz Sprint at Meydan in March, but that (and all Meydan form, quite frankly) is easy to ignore. He can bounce back here, and I’ll be very disappointed if he can’t reward each-way support.

The Wokingham is a bit of a nightmare for me, as the horses who appeal most are drawn higher than I would like, and I’m inclined to limit my stakes until such time as the high numbers show themselves competitive on the straight track. That said, it hasn’t been impossible for hold-up horses to get involved from high draws, and Chiefofchiefs travelled from stall 25 to the far rail to make the frame in the Buckingham Palace Handicap on Thursday.

Top of my list for a while has been Summerghand who has the pedigree for this, finishing an excellent second to Hey Jonesy in this a couple of years ago, and winning the Stewards’ Cup at Goodwood in first-time headgear.

He has been high in the weights for a while, and disappointed on his return at Newmarket, but shaped better with a visor left off at York last time. He’s a horse who tends to show his best form when the sun is shining, and his handicap record on fast turf in June/July/August in recent years reads: 131542211. He gets headgear back on here, and looks sure to run well if stall 27 is not a hindrance.

One positive for Summerghand is that the best of the pace seems to come from the higher stalls here, and I’m hoping that Apollo One can drag him into the race from stall 22.

Peter Charalambous’s sprinter has been campaigned largely in pattern company and/or on artificial surfaces, but he’s run extremely well on his only two handicap starts on turf, particularly when just failing to concede 13lb to Blackrod at Newmarket last summer.

He now meets Blackrod on level terms, and also has the 5lb claim of Benoit de La Sayette on top of that. He was back to form when beaten a length at Chelmsford last time, and could be a surprise package given he’s unexposed on turf in races like this.