Rory Delargy has makes the case for five horses today, ranging in price from 4/1 to 20/1 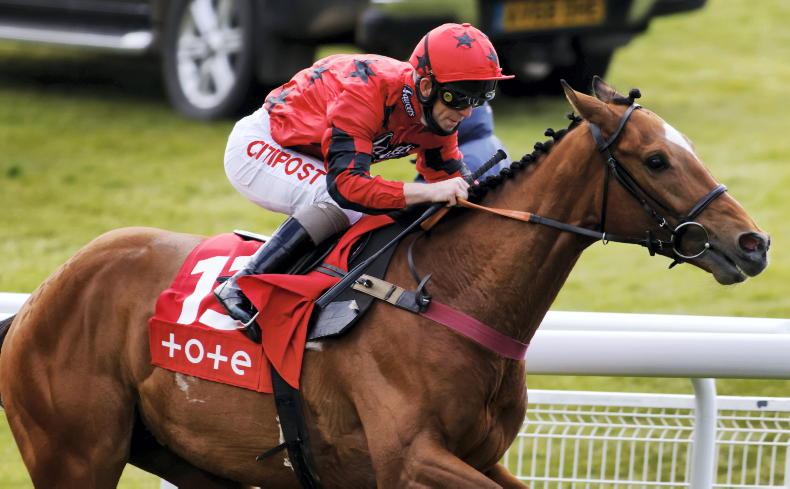 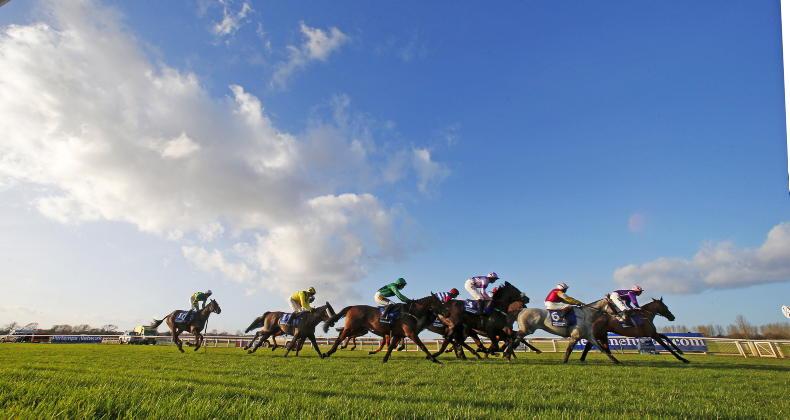 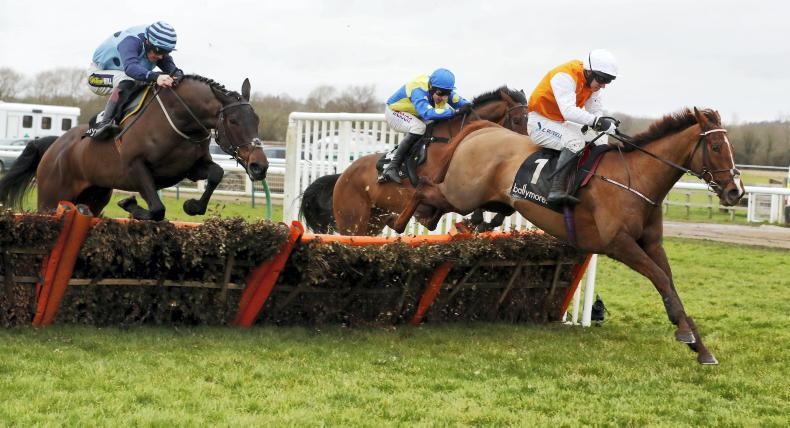 Mossy Fen (near side) won the Leamington Novices Hurdle on this Warwick card two years ago \ Dan Abraham-focusonracing.com
Previous Next

There are plenty to consider in the Lanzarote, with previous winner William Henry and Ch’tibello both well treated on old form at the course, the latter having been third in both the Christmas Hurdle and the Kingwell Hurdle here in the past. He’s run respectably in handicaps at Newbury and Hereford this season, and the assessor has given him a chance by dropping him 5lb in total for those efforts, leaving him 4lb below his last winning mark and with the promising Tristan Durrell taking another 7lb off, he needs consideration.

The nagging issue with the pair mentioned is that handicaps of this nature are rarely won by veterans, and it’s more likely that the winner of this race will be producing a career best to do so. One who is surely sitting on such a big effort is the Venetia Williams-trained Green Book, who has won with plenty to spare on both handicap starts to date, with the form of his latest win in an amateur riders’ event working out well.

That was Green Book’s first try at this trip, and there is more to come from a horse who was an impressive winner in the two-mile-two-furlong Chester Plate and placed over an extended two and a half miles in the Goodwood Stakes last summer.

He’s gone up 8lb for his two wins, which strikes me as very lenient in the circumstances, and Ned Fox, successful on board the selection at Haydock, is still able to claim a full 10lb allowance. To me, that makes Green Book look the best weighted in this contest, while he has the handy run-style required to avoid trouble in running.

This contest looks weak for the grade, and I’m no fan of top-weight Caribean Boy, who tends to be well touted for his racecourse appearances, but he needed a rule change to land an uncompetitive Grade 2 novice in November last season, and has been overrated on the back of that win. He’s not managed to make the places in five starts since, and while Timeform call him a “nimble jumper”, that description has looked woefully incorrect in recent starts.

Wishing And Hoping also failed to complete last time, but he had excuses, getting stuck in desperate conditions at Aintree in the Many Clouds Chase, and he’s better judged on previous efforts. Mel Rowley’s veteran won at Worcester and Aintree earlier in the season, and unlike the favourite, he really is a sound jumper, and he will likely get his own way in front here. That can be a game changer at Kempton, and while he’s high enough in the weights on balance, he could find an uninterrupted passage enough to see him home in front here.

I’ve put up Royaume Uni here before, and he has generally run with credit since going hurdling for Gary Moore. I’ve actually backed him ante-post for the Betfair Hurdle at big odds, and he could do with winning this or going very close to get into the weights for that contest.

It could be argued that the shrewd Gary Moore wouldn’t tend to let the assessor know quite what he has on the day before the Betfair Hurdle closes for weights assessment, but you can’t win anything by missing the ballot, and this track and trip look perfect for the speedy Royaume Uni, who ran well for third at Cheltenham last time, despite seeming to find the hill stretching his stamina. Prior to Cheltenham, he had toyed with inferior rivals, and he still seems ahead of a mark of 124 based on those runs.

Threeunderthrufive is the likeliest winner of this Grade 2, but he was not at all impressive when winning in similar company at Doncaster last time, and if he makes the errors he did on Town Moor, he will not be scoring here.

Mint Condition is a genuine sort and is the obvious candidate to down the odds-on favourite, but I’m willing to take a chance on the fitness of Mossy Fen, who won the Grade 2 hurdle on this card two years ago, and didn’t get a fair crack of the whip over fences last season for Nigel Twiston-Davies, with his season curtailed by an injury sustained at Cheltenham in the autumn.

Mossy Fen had shaped well behind Galvin on his first start over the larger obstacles, and given he looked set to go on to better things, I’m happy to ignore his pulled-up effort next time, and trust that new handler Christian Williams has him fit to fire for this belated seasonal return.

He was a higher-rated hurdler than Threeunderthrufive and Mint Condition, and is a value bet to turn back the clock on that basis.

Evan Williams landed the Veterans’ Final at Sandown last week, and the North Yorkshire National at Catterick on Thursday, and he can round off an excellent week for his staying chasers by winning the Classic Chase with the unexposed No Rematch.

The eight-year-old is bred for this game, with his dam a half-sister to Grade 2 chase winner See U Bob, and he returned from a year on the sidelines to make a winning debut over fences at Chepstow just under a year ago.

That race saw only seven finish in a big field, but remarkably, five of the six who followed him home have won handicaps over fences since, including three on their next start.

That form is clearly much better than it appeared at the time, and while No Rematch pulled up on his return at Exeter last month, he again travelled and jumped well until tiring in the final straight, whereupon he was looked after by Adam Wedge.

He’s now 8lb higher than for Chepstow, but that reappearance run will have put an edge on him, and I will be stunned if he’s not capable of much better form than he’s been credited with. The only worry for me is whether the ground might dry out too much, as all his form to date has been on soft or heavy going. 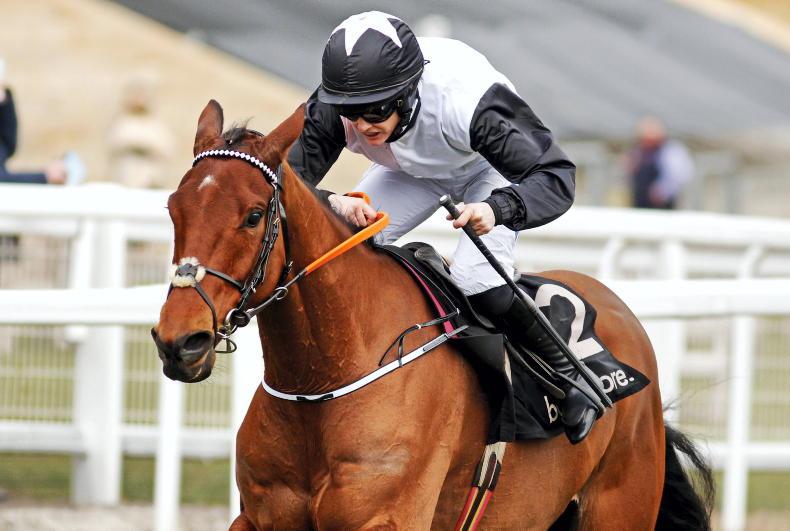 Ronan Groome
RACING CENTRAL: Can Dynamo roll into Supreme reckoning?
Ronan Groome sifts through some of the best action on both sides of the Irish Sea this weekend 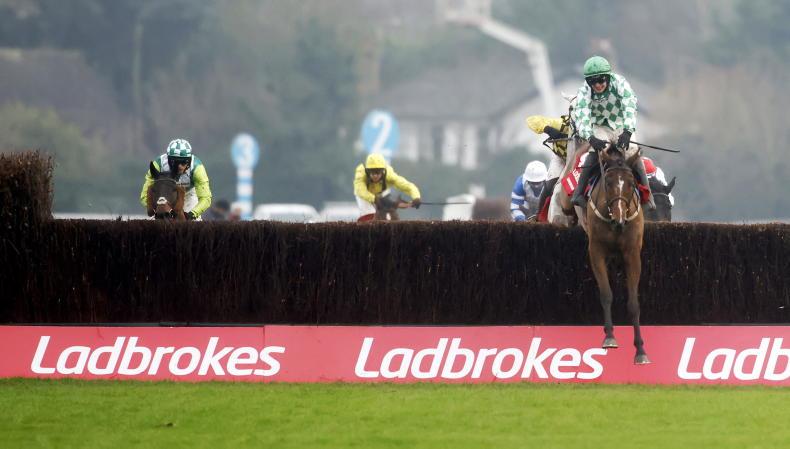 Andy Bate
TIME WILL TELL: Tornado shows stamina in abundance to claim King George
The Willie Mullins-trained chaser showed his staying power when coming off the pace in a hotly-run King George 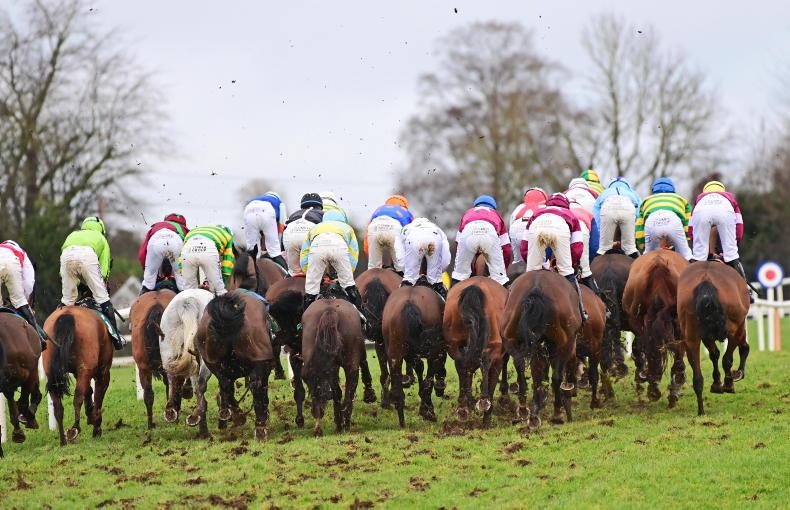 COMMENT: Racing’s dichotomy – Character versus corruption
Rory Delargy asks where do we draw the line when it comes to our attitude towards the campaigning of horses

FEATURE: 'I can always point back to 2020 and say I won the naps table'
Our very own Rory Delargy won the Racing Post naps table last Saturday by a monumental £75. He talks to Ronan Groome about his journey through the season and gives his own punting pointers