Title: RORY'S ROYAL ASCOT REVIEW: The rules are no longer fit for purpose 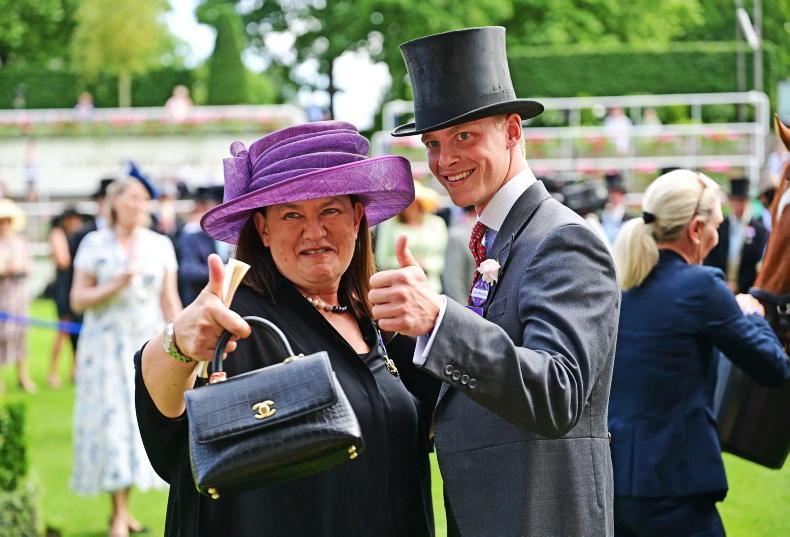 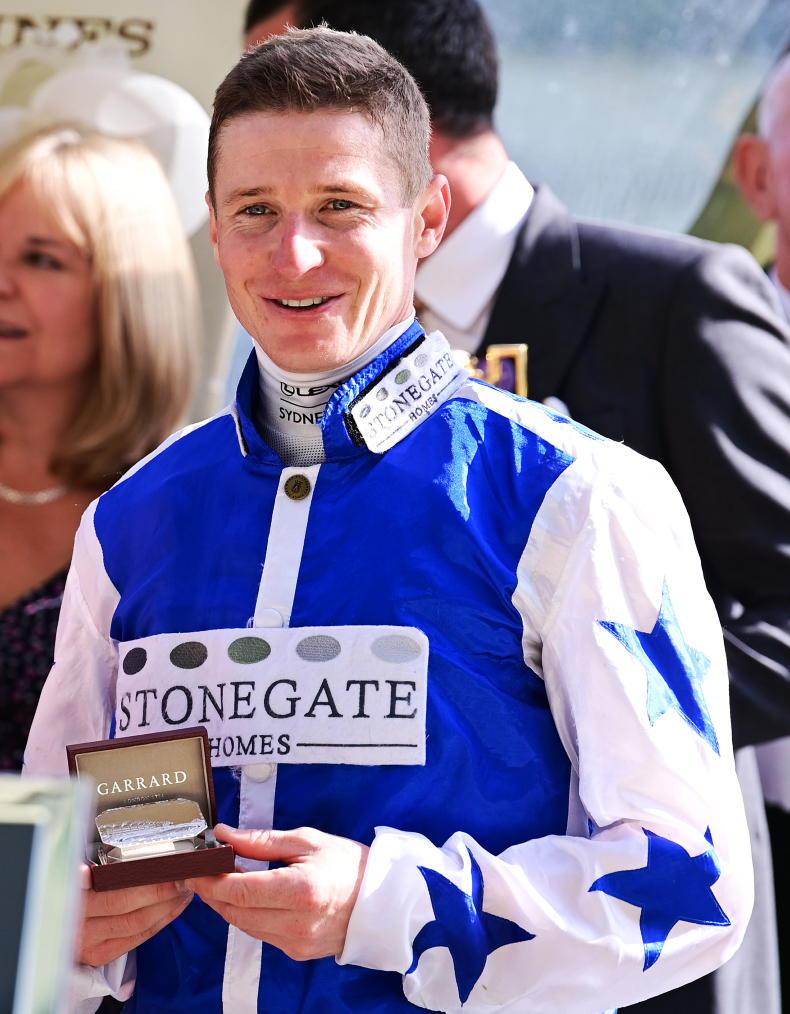 There have been a number of talking points over the first few days of the Royal Meeting, and more to come for sure, but as usual, it’s been a mix of good and bad, with the honours evenly split, of course. Here are Rory Delargy’s highlights and lowlights

LEADING the way for the jockeys is a tough call, but I will give the honour to James McDonald, a rider who did well in a spell here a few years ago and has had his ups and downs since, but is firmly in the ascendant at present.

The 30-year-old was inducted into the New Zealand Racing Hall of Fame last year, and is regarded as one of the very best riders in the world, with 66 Group 1 wins to prove that point.

McDonald has only taken a handful of rides at the meeting, but has hit the target twice in two of the most history-laden races. He struck a blow for Australia when partnering Nature Strip to an easy win in the King’s Stand Stakes, and followed that by taking the Royal Hunt Cup for old friend Charlie Hills aboard Dark Shift, a win which pleased me greatly, and may be causing a bit of bias.

It’s been wonderful to witness James’s down-to-earth approach and humility despite his superstar status, and it’s also been a pleasure to see how the Hills and Waller teams have rallied around each other – you can’t beat a bit of camaraderie.

Shane Crosse is another rider who deserves high praise, and his ride on State Of Rest in the Prince of Wales’s Stakes was the performance of the week for me.

Criticised rather unfairly for sitting out of his ground in the Tattersalls Gold Cup on the horse, he rode a perfectly judged race this time, making all the running, and slowing the tempo just enough to keep his rivals on a string, and then gradually winding it up in the straight, thereby nullifying the turn of foot of hot favourite Bay Bridge. Chef’s kiss.

Not so happy are Frankie Dettori and Irad Ortiz. Dettori was pretty much blamed in public by connections for the defeat of Stradivarius in the Gold Cup, and he had a nightmare on Lord North in the Prince of Wales’s Stakes, failing to get the hood of in time as the stalls opened, and losing his chance in the process.

Frankie is a rider who thrives on confidence, but his must have taken a battering this week, with a couple of seconds on fancied mounts in the Queen’s silks on Thursday not helping in that regard.

Ortiz had his own nightmare when missing the break on Golden Pal in the King’s Stand, and Wes Ward’s decision to have him partner all his Ascot runners rather than relying on local talent was brought into question.

In truth, the US-based rider was caught out by a cultural difference. In the States, horses are never withdrawn just before the start of a race, with the incidence of horses refusing to load almost unheard of, so he was looking backwards at Mondammej unaware that horse had been withdrawn when the starter pressed the button. That is why local experience counts, of course.

IT’S always dangerous handing out prizes mid-meeting, as so much can change (a Saturday treble for Frankie would turn things around nicely to add to the Coronation Stakes win), but I’m on safe ground in saying that Jane Chapple-Hyam has had the week of all weeks.

She has no runners on Friday or Saturday, but the three horses she brought to the meeting all performed with tremendous credit, and she goes back to Newmarket with a couple of group-race trophies to find space for on the mantelpiece courtesy of Saffron Beach and Claymore.

Two out of three ain’t bad as the late lamented Meatloaf used to say, and when you consider that then third was runner-up at 40/1, it’s hard to disagree.

Of course, beating the Queen’s suppose good thing in the Hampton Court Stakes might mean she’ll never be a lady, but she’s a formidable woman in Newmarket, and she can expect her star to continue on the rise with such a brilliant showing.

Stewards not to blame

NEVER a promising start when you mention the stewards, but I’ll surprise you by saying that while I was deeply unhappy about how things panned out in the Norfolk Stakes on Thursday, the blame needs to be pointed away from the stewards.

They made the correct call in the circumstances, as they are bound to adjudicate according to the written rules, and the guidelines they are given for specific instances, and they did that by – in the words of Ted Hastings – the letter of the law. The problem is that few of us believe that Paul Hanagan was simply careless in the way he rode in the Norfolk, and that the letter of the law allows highly accomplished jockeys to behave like inexperienced apprentices and get away with it, and they will continue to do so while it wins them big races.

It’s useless to rail against individual decisions and moan about the stewards – the time has come to admit that the rules are no longer fit for the purpose as they are currently written, and to ensure that they are written in such a way that they produce punishments which will make any jockey think twice about causing deliberate interference in the quest for a big win, and the pay cheque that goes with it. 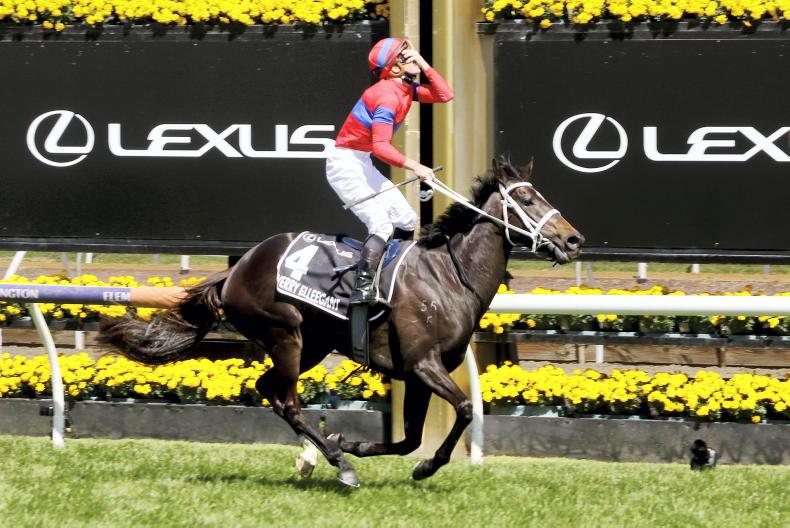 Stuart McCormick
AUSTRALIA: A most Elleegant Cup
The New Zealand-bred mare Verry Elleegant swept to the lead and was a most impressive winner 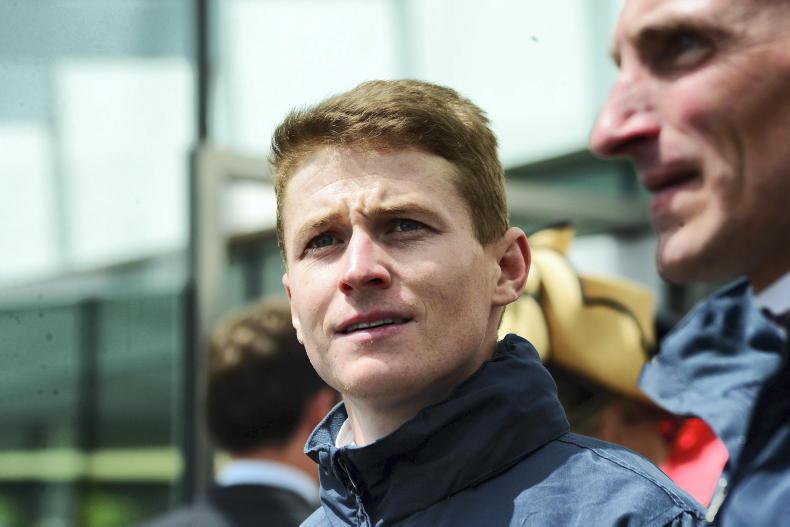 AUSTRALIA: Kukaracha cracks Queensland Derby
The gelding by Night Of Thunder won by barest of margins in the Group 1 contest