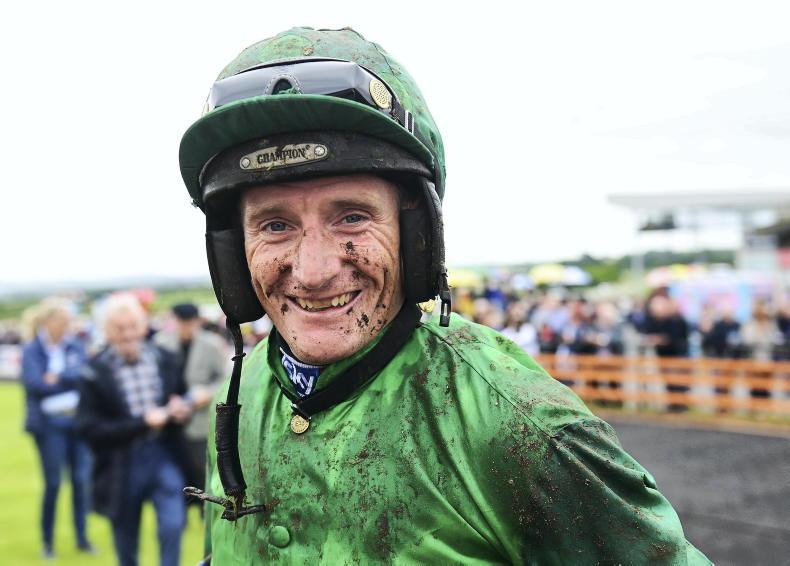 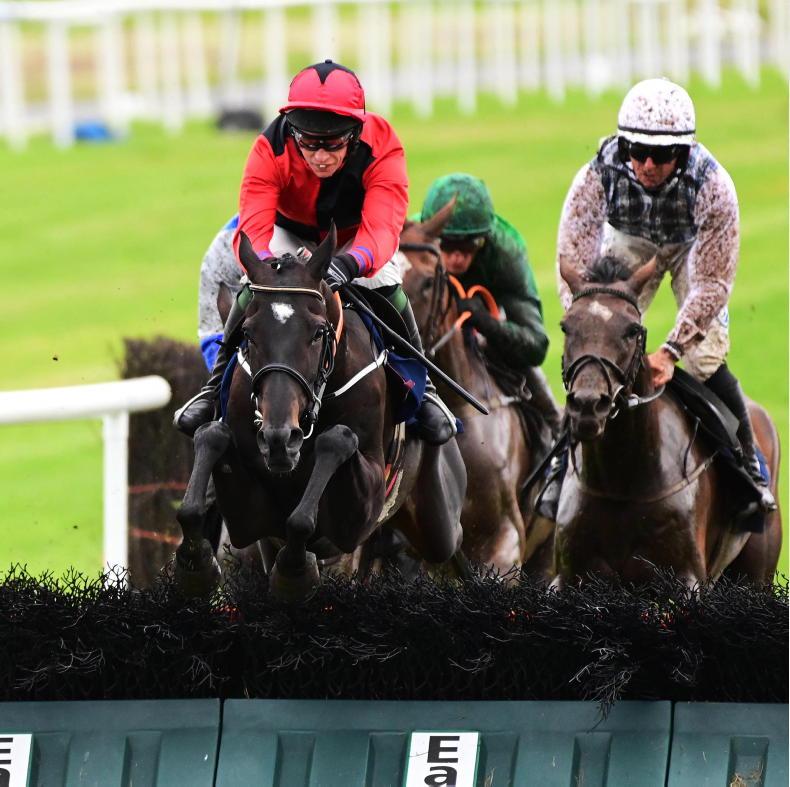 DARYL Jacob made the journey to Roscommon, to ride for his employers Simon Munir and Isaac Souede, a worthwhile one as he took the two-mile beginners’ chase aboard Stuart Crawford’s Homme D’Un Soir.

As he went in search of a debut success over fences, the six-year-old ended a 12-month spell without a victory in clear-cut fashion.

From before the last Jacob’s mount began to gain the upper hand over the 50/1 shot Brown Monday and he went on to reach the line nine lengths ahead of that rival.

“He looked very good when he won first time out for Gordon (Elliott) and I thought he could go on to do something but he probably didn’t really progress. He won his couple of novice hurdles and was maybe then in at the deep end in handicaps,” declared Crawford.

“Daryl made the effort to come over, he rode him the last day at Cartmel and said he gave him a good feel so was keen to come and ride him. I’d say he’s a horse we might travel with now.”

Homme D’Un Soir had to wait a year between wins but a much longer fallow period ended in the following event, where Four Country Roads shed his maiden tag after 30 previous attempts in the 0-95 rated handicap chase over three miles.

Just under four years after making his racecourse debut, the Brian McMahon-trained gelding put it all together under Sean O’Keeffe to score off a mark of 69.

Four Country Roads cleared the last with feet to spare and then kept going on the run in to hold off Crobally Boy by a head.

“His owner Tony O’Donnell is a great fella. His bill is due in the middle of the month and he’s there at 10am by the 15th. Those type of lads are great and I’m delighted for him. He bought him off Sean Moran in Kelly’s Bar around midnight one night. Sean was fed up with him, maybe around his 20th run, and Tony bought him for five grand,” reported McMahon.

The other chase on the card went to Aidan Howard and Mark Walsh as Follow The Crowd justified 7/2 favouritism in the 0-102 rated Connaughton Auctioneers Handicap Chase over two miles and five furlongs.

A runner-up on two of his last three outings and a last-fence faller when leading at Wexford last month, the J.P. McManus-owned gelding ran out a deserving three-and-three-quarter-length winner. This seven-year-old should be able to progress further in the coming months.

PHILIP Rothwell could have a nice type on his hands in Starzov (15/2) who got off the mark at the third attempt with a performance of some authority in the Railway Bar Maiden Hurdle over just short of two miles and five furlongs.

This James Guilfoyle-owned five-year-old had been placed in maidens at Wexford and Downpatrick on his first two starts and took a step forward on the softest ground that he has yet to encounter. After racing close to the pace, the J.J. Slevin-ridden gelding was operating on a different level to his rivals in the straight and he dished out an 11-length defeat to the 150/1 shot Paidi’s Passion.

This was a chance winner for Slevin who was stepping in for the sidelined Paul Townend.

“He travelled well and jumped well and coped with the ground well. He did it as he liked. I’m lucky to get the ride on him, first Jack Foley was banned and then Paul hurt his thumb. I was the lucky third one and I’m delighted to get a winner for Philip,” remarked the rider.

The following two-mile maiden hurdle also served up a commanding winner as Rioga Choice bolted up on her fourth career outing. The John Lenihan-owned mare made her debut when fourth in a Punchestown maiden, which was won by Kilcruit, in January and that effort suggested she could be different class to these opponents.

Admittedly, Rioga Choice did have to bounce back from an eighth placing at Bellewstown last month but she did so in fine style under Rachael Blackmore. The 2/1 favourite ran away from a discouraged field in the straight to eventually finish some 17 lengths ahead of the Kelso bumper winner Come On Du Berlais.

Meade’s charge steps out of the shadows

FURTHER evidence of the well-being of Noel Meade’s string was supplied by In Your Shadow (14/1) who defied a 670-day absence from the track in the 80-109 rated Paul Byron Shoes Handicap Hurdle over three miles.

The Albert Dravins and Eamonn Scanlon-owned gelding produced a nice effort to defy his lengthy break and, despite not being as fluent at the last as Lily Light Foot, he kept on well under Bryan Cooper to prevail by a cosy length and a half.

“He has been fired since his last run, and just when he was ready to come back before Christmas, he cracked his pelvis so he’s had plenty of it,” said Meade.

“When I saw the soft ground I thought it would catch him out as he likes goodish ground but it’s probably not that deep. He will go back over fences and he should be a nice chaser.”

Willie Mullins made it six bumper winners in less than three weeks when Idol, a four-year-old daughter of Jukebox Jury in the colours of the trainer’s wife Jackie, made a winning debut in the Brian Keenan On Course INH Flat Race. Jody Townend was on board the forward-going evens favourite who travelled nicely through the race.

The well-supported newcomer My Gaffer took plenty of subduing inside the last quarter of a mile, but Idol gained the upper hand to score by just under three lengths and looks a nice type for the future.