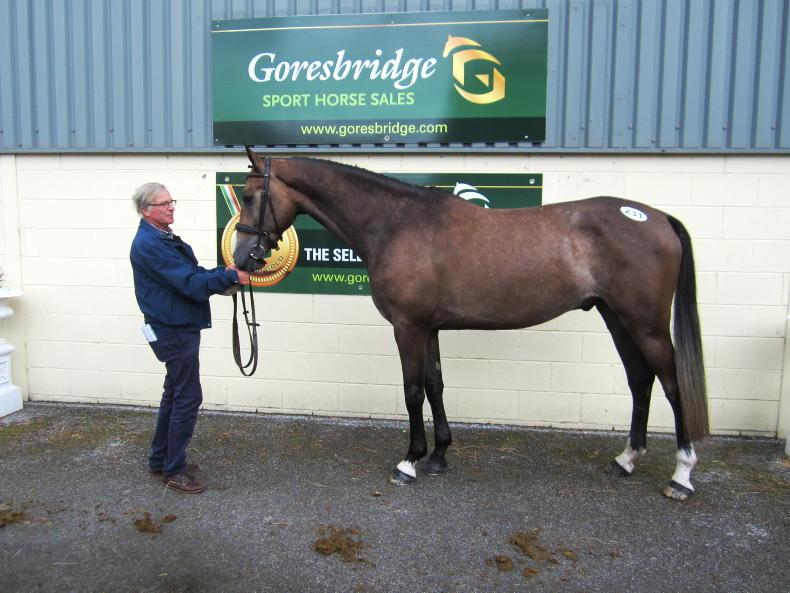 Richie Harty’s Carrigeen Ulysses (Lot 231) was the top four-year-old when sold for €19,000 at Goresbridge \ Sally Parkyn 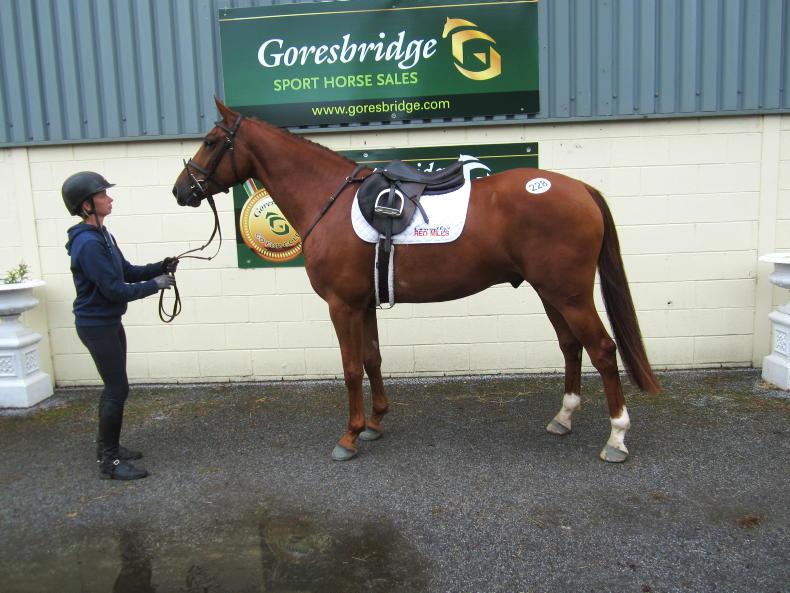 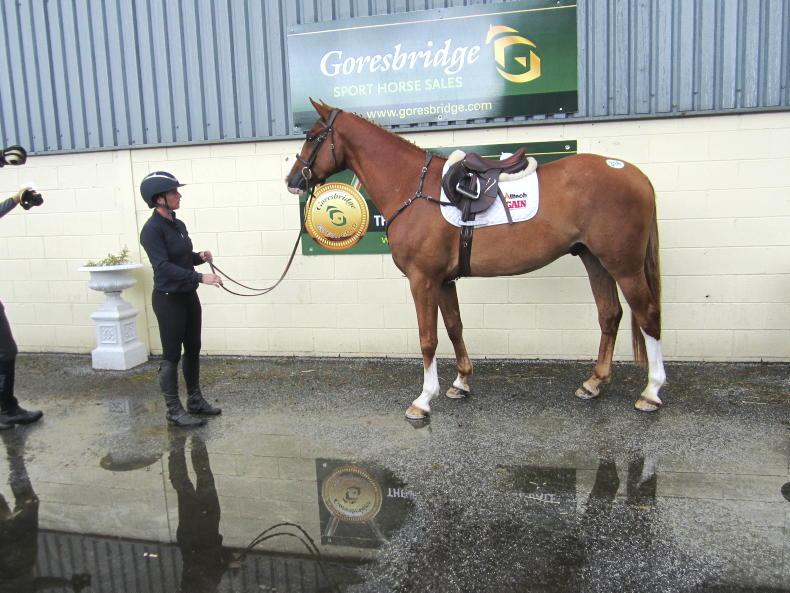 BRINGING the curtain down on week one of the Goresbridge September Sales, Friday’s session of four-year-olds was a strong one. The clearance rate of 86% bettered last year’s record-breaking figure (82%) while the average remained similar at €6,452 (€6,548).

Beautifully produced by Thomas Quigley and equally well ridden by Gemma Phelan, this impressive son of Ulysses out of Carrigeen Princess (Cruising) is a big elegant horse, thought suitable to either event or show jump.

Swiss native Hans Stump signed for this one on behalf of his compatriot Willi Naf, and commented afterwards: “I first came here about 30 years ago, and it’s amazing how the prices have gone up – for me this was a very expensive four-year-old but he’s a nice horse.”

The partnership of Quigley and Phelan seem to have found the winning formula, and just a few lots earlier the couple opened their account when their own Last To Go (Lot 228) realised next top return at €17,800.

The chesnut, by the Bertram Allen-partnered jumper Romanov out of the useful jumping mare Drumagoland Arco (VDL Douglas), was sourced from breeder Ausra Valuckyte earlier in the year and quietly produced in the interim. Bidding for this smart sort was a highly competitive affair before the hammer finally dropped in favour of Jim Derwin.

By his standards, the Athlone man had had a lean time over the previous two days, but was pleased to have secured this potentially smart performer, as well as Derry Rothwell’s big heavyweight Greenhall Cu Chulain (Lot 281) for which he paid €10,300.

Another very professional partnership is that of Meabh and Brian Flynn (MBF Sporthorses Ltd) and, never usually far from the top end of the tables, they realised the third top return when MBF On The Ball (Lot 314) changed hands for €15,000.

A son of Presidential Ball out of Ferrara (Creevagh Ferro) the gelding was bought as a two-year-old from breeder Cormac McElroy and knocked down to British trader James White (Irish Horse Imports).

White, together with his father David, was never far from ringside, and at the close of play had accounted for no less than 25 lots. “We may actually keep this one for a while and put him on the circuit,” commented David White, before reflecting on how prices have changed over the past years. “I used to be able to fill two big lorries with horses for what I am paying now for just a few. But if you want to keep going, so you have to keep paying.”

Another top lot heading to their Newbury base was the grey Cartymore Philip (Lot 340) by the Irish Draught sire Cappa Amadeus at €11,000, while MBF Sporthorses achieved yet again when their MBF Spirit (Lot 774), by Celtic Hero Z, was knocked down to Lorna Williams for €10,500.

Co Monaghan trader Keith Wilson has been a successful vendor over the past year and, appearing twice in the top 10 returns, he scored first when the diminutive coloured gelding Mr Flint (Lot 263) was secured by UK-based event horse buyer JD Miles for €10,600 and with Cushlas Luxahero (Lot 323) who at €10,200 was bought with just one bid by Trafalgar Hire Ltd (UK).

The latter, who was bred by JP Finlay and sourced last year, was by Ganesh Hero Z out of the useful jumping mare Cushlas Benejalux (1.40m), ridden by Emma Jackson.

A little disappointingly but maybe predictably, the trade for the three-year-olds in week two slipped from the extraordinary buoyancy of 12 months ago.

While there were plenty of five-figure prices, there was a greater disparity in the quality on offer and this was reflected in the returns. As buyers grew more discerning, so the clearance rate dipped to close at 59% (65% in 2021).

The corresponding average also dropped to €5,078 (€5,265 in 2021), but interestingly – and last year figures aside, these returns were still far in excess than any from the past decade.

Reflecting Mary Frances Donohoe commented: “We were cautiously optimistic about the older horse sectors. The four-year-old clearance rate was hugely positive, with buyers willing to pay a premium for quality. Trade was more selective for the three-year-olds but again, quality was in high demand.”

It was also interesting to note that a significant total of 80 horses changed hands online, with 39 of these in the three-year-old division.