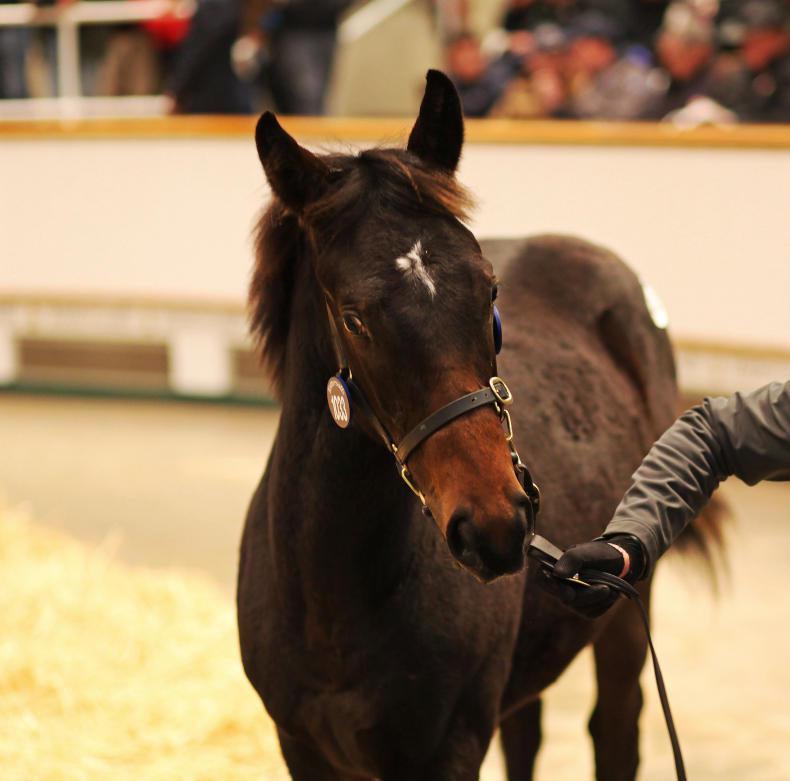 Sold as Lot 1033, this colt foal by Invincible Spirit out of Rajeem was consigned by Tinnakill House and bought by W.H. Bloodstock for 375,000gns

THE five-day Tattersalls December Foal Sale ended in Newmarket last Saturday with an improved clearance rate, but with a drop in all the other key metrics compared to the previous year.

Tattersalls chair Edmond Mahony commented: “Demand for quality British, Irish, French and German foals has been unrelenting, and while we should continue to recognise the selective nature of the current market, we have had more than 70 foals selling for 100,000 guineas or more this week, as well as an impressive 14 foals breaking the 300,000gns mark and international buyers making a significant impact at all levels of the market.

“Following on from their prolific buying at Books 1 and 2 of our October Yearling Sales, it was particularly encouraging to see American buyers continuing to make their presence felt alongside buyers from throughout Europe, the Gulf region and Japan, all of whom have also made a major contribution to this week’s sale.”

Friday’s premier session was topped by the Frankel colt out of the classic winner Simple Verse. He made 600,000gns but is set to return to Tweenhills after her part owner Sheikh Fahad Al-Thani bought out his partners.

Tweenhills boss David Redvers explained: “Sheikh Fahad, his brother Sheikh Suhaim and associate Mohammed al Kubaisi owned the mare in partnership and initially the other two wanted to sell after she finished racing.

“Sheikh Fahad persuaded them to stay involved, but with the agreement to sell all of her progeny as foals. The Sheikh did see this colt in the summer, but only got here this evening when he saw him again and finalised his decision to buy his partners out.”

The top lot on Saturday was the Farhh colt out of the Dutch Art mare Duchess Of Fife consigned by breeders Colin and Melba Bryce’s Laundry Cottage Stud and consignor Jamie Railton.

The team topped the second day of the sale with their Bated Breath colt at 185,000gns and this colt realised 110,000gns to the bid of Ross Doyle after he saw off Tally-Ho Stud’s Tony and Roger O’Callaghan.

Ballyhane Stud’s Joe Foley went to 95,000gns to secure the Nathaniel colt out of the Cadeaux Genereux mare Robema from Flintshire Stud after seeing off Yeomanstown Stud’s Gay O’Callaghan. Foley said: “This is a special-looking foal, and the mare has shown that she can do it. Nathaniel has proved that when he gets a good one, it can be a very good one indeed!”

The first foals of the dual Group 1 winner Ulysses have been very well received. His 12 foals here realised 553,000gns at an average of 46,083gns. His colt from West Moor Stud caught the attention of Ballyphilip Stud’s Paul McCartan. Out of the Exeed And Excel mare Azhar and from the family of Domedriver and Albigna, the colt was knocked down to McCartan for 90,000gns.

“He is a gorgeous individual, and from a good cross – that of Galileo over Exceed And Excel,” said McCartan. “He is out of a mare rated 89, who won at two, and he looks as though he will have some pace.” 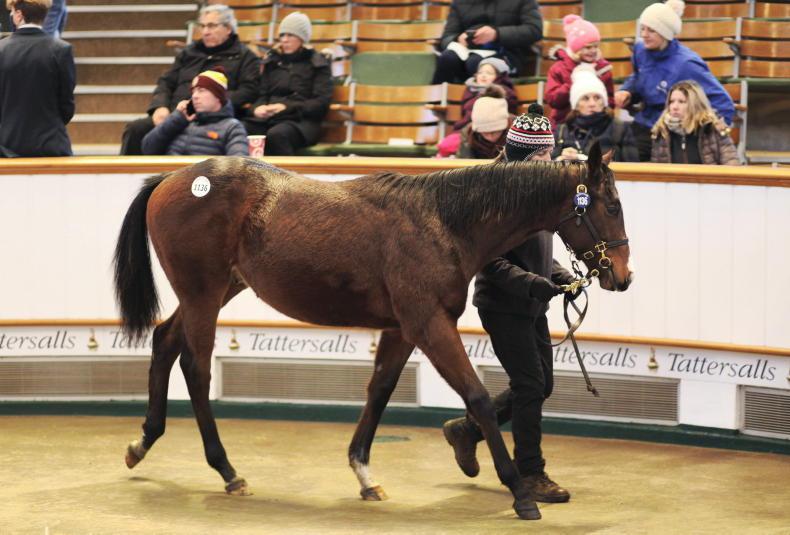