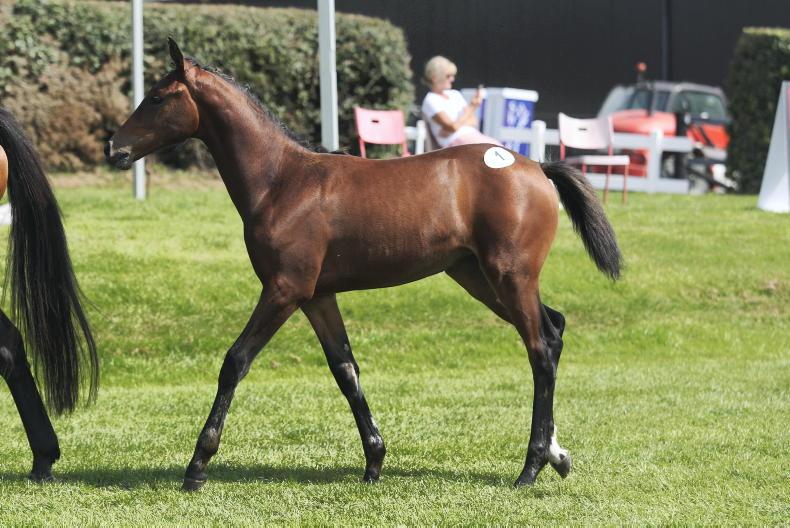 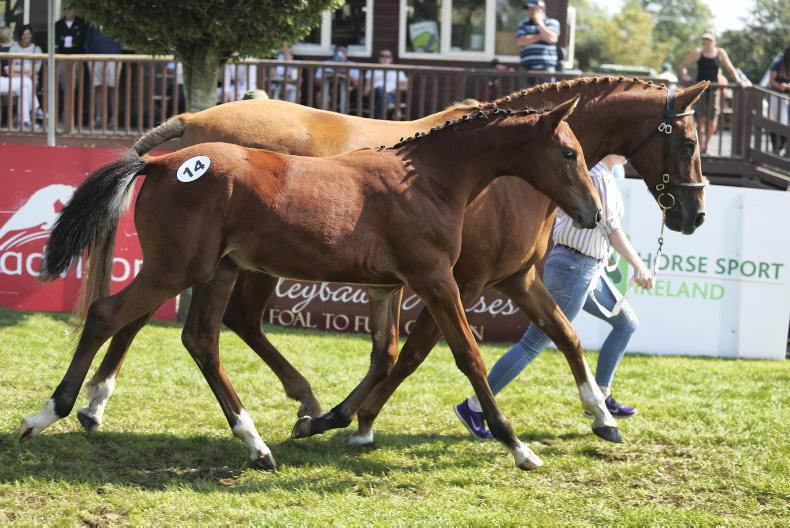 IT WAS game over after the very first lot at Saturday’s Goresbridge Supreme Sale of Showjumping foals – GBBS International’s Emerald van’t Ruytershof entry – exceeded last year’s top price (€18,000). One of eight fillies sold, the June-born foal went on the market at €16,000 before the hammer fell at €19,000.

Wexford brothers Shane and Paraic Kenny were Lot 1’s successful bidders. Although Shane lives “five minutes from Barnadown”, the venue for this auction, run in conjunction with the Irish Breeders’ Classic, Paraic is now based in Germany’s Mecklenburg region.