Having topped the purchaser table at Part I, Joe Foley swooped again for the top lot in Part 2 of the Tattersalls Ireland September Yearling Sale 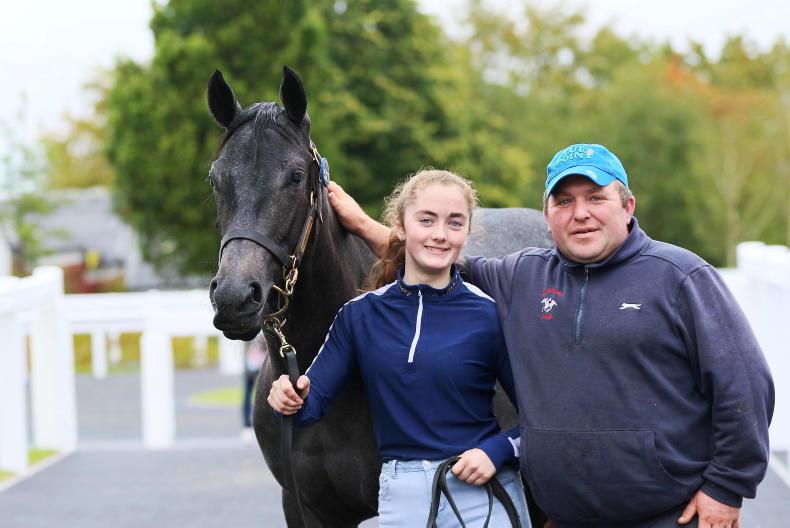 Hannah Hogan and Paddy McCarthy with the Dark Angel filly from Ringfort Stud who was bought by Joe Foley for €52,000

A €52,000 Dark Angel filly, who was the highest priced lot to come under the hammer at this sale since 2017, took centre stage at Tattersalls Ireland on Thursday when a very solid edition of Part II of the September Yearling Sale brought the week to a close.

As expected trade stepped down a level or two from the preceding sessions but the returns for the day make for good reading and provide further evidence of the health of the yearling market ahead of a pivotal three-week swing that will take in the Goffs Orby Sale and Books 1-3 of the Tattersalls October Yearling Sale.

At the close of proceedings Thursday's sale produced an aggregate of just under €1 million which was a 41% increase on last year. The €10,495 average finished 9% on 2021 while the median of €8,000 represented an improvement of 12%. In addition the clearance rate progressed from 77% to 81%.

The day’s top lot, who was knocked down to Joe Foley, represented something of an outlier in terms of this sale as she is a daughter of an elite sire in Dark Angel and she is also a half-sister to the high class international runner Hunter’s Light.

A former Godolphin stalwart, Hunter’s Light notched up a trio of Group 1 wins during his time on the track while this is also the immediate family of the Hardwicke Stakes heroine Fanny Logan.

“I was surprised to find her here this morning. She’s a racy, athletic filly and I liked her,” declared Foley. “She is out of a good mare, is a half-sister to a treble Group 1 winner and is from the deep family of Darshaan. She has lots of residual value, but more importantly she is a lovely, racy filly with a great temperament. I had not planned to buy something like her today but when I saw her this morning, I had a change of plan.”

The day’s second highest price was achieved by a daughter of Sioux Nation who has made such an impression with his first crop of runners this year. BBA Ireland, acting online, struck the winning bid of €42,000 for the daughter of the dual winner Art Nouvelle. This filly’s family goes back to the top-class Islington.

Once again the demand for members of the first crop of Inns Of Court was in evidence and Tally-Ho Stud had to pay €32,000 for a daughter of their Invincible Spirit horse who was responsible for two of the week’s six-figure transactions. This relation to the German Group 2 winner Stormont looks set to go down the breeze-up route next spring.

Among the yearlings destined to head across the Irish Sea is a €30,000 Kuroshio filly who is a half-sister to a Group 2-placed runner in Italy. She was bought by Paul Murphy on behalf of Nigel Tinkler.

At the outset of the day Adam Potts, acting for breeze-up man Danny O’Donovan, spent €28,000 on a filly hailing from the first crop of the Commonwealth Cup winner Eqtidaar. This filly is out of a stakes-placed half-sister to the high class Loup Breton.

“She will go breezing and I thought she was the nicest in the sale today. She is really racy looking and athletic,” observed Potts. “I looked at her while I was viewing the Part I horses and she’s out of a very smart mare. We bought an Eqtidaar in the Somerville Sale and I have liked what I have seen so far by him. They seem to have a bit of quality and strength and precocity.”

English-based trainer John Butler will take charge of a Dandy Man filly from Hollyhill Stud after she was knocked down to Micheal Orlandi for €27,000. This filly descends from the great dynasty of Rafha which has produced such luminaries as Invincible Spirit, Kodiac and Mishriff.

“John was here this week and saw her but had to get back to Newmarket. She has lots of quality and is a precocious, fast-looking, powerful filly,” stated Orlandi. “When you see the likes of Con Marnane as underbidder it gives you a bit of confidence. She has a great back pedigree too and I hope she is lucky for John. He has been having a great season and is restocking with more yearlings.” 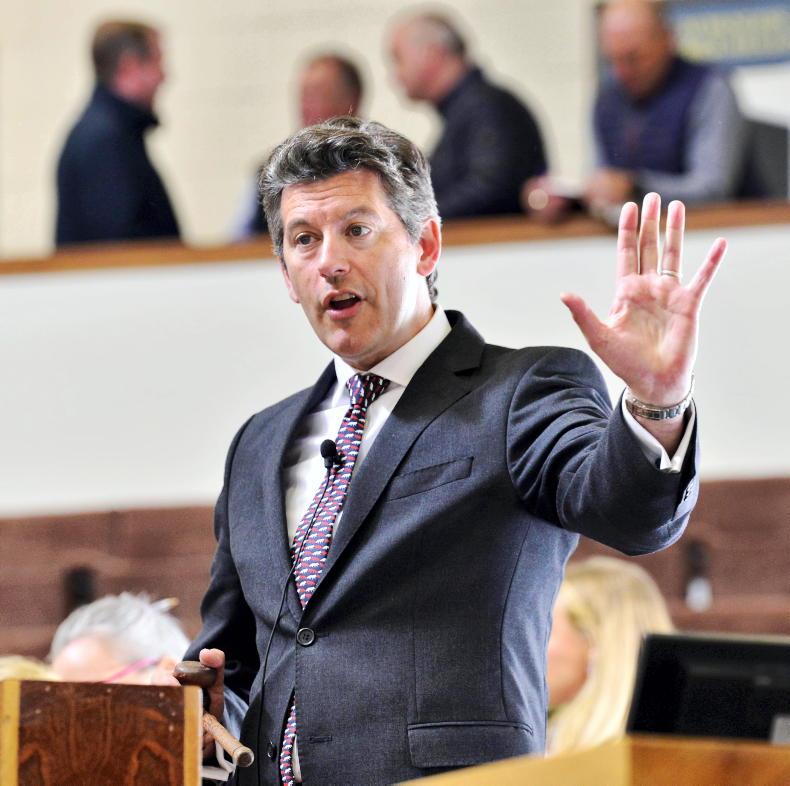