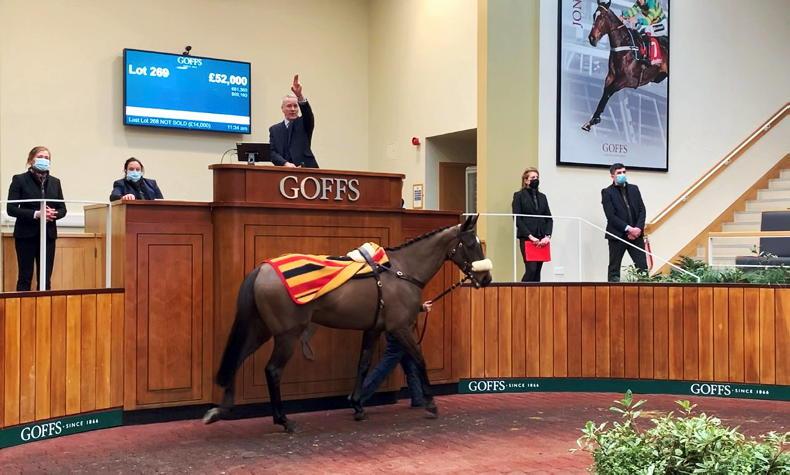 CRIQUETTE, winner of a mares' maiden at Borris House in December for James and Ellen Doyle, topped Wednesday's session of the Goffs UK January Sale.

The five-year-old mare was knocked down to the bid of Jerry McGrath and Stewart Brackenbury for £52,000.

Another to feature during Wednesday's session was Maike Magnussen’s five-year-old Irish pointer I Am Gonna Be, who placed on two of her last three starts and was purchased by Mark Dunphy and Derek O'Connor for £37,000.

Tuesday's session was dominated by National Hunt yearlings (born 2021) and it was a trio of fillies that stole the headlines with the session topped by Molland Ridge Stud’s No Risk At All filly. Out of a half-sister to the listed winner and Grade 1 placed Amore Alato, she was purchased by Kieran Mariga's Coolmara Stables for £56,000.

Throckmorton Court Stud’s Jack Hobbs yearling filly was the subject of much pre-sale attention following the recent Grade 1 exploits of her half-brother Constitution Hill and she drew bids from across the sale ring before being knocked down to the Skelton’s Alne Park Stud for £50,000.

Another to feature was Overbury Stud’s well-bred Getaway filly who is out of an own sister to the Grade 1 winner Jezki and sold to the bid of Swanbridge Bloodstock for £43,000.

The Presenting mare Lexi's Choice, a half-sister to the graded winners The Game Changer and Johns Spirit, was sold to Springhill Stud for £52,000.