Valmont is developing into a major force in racehorse ownership 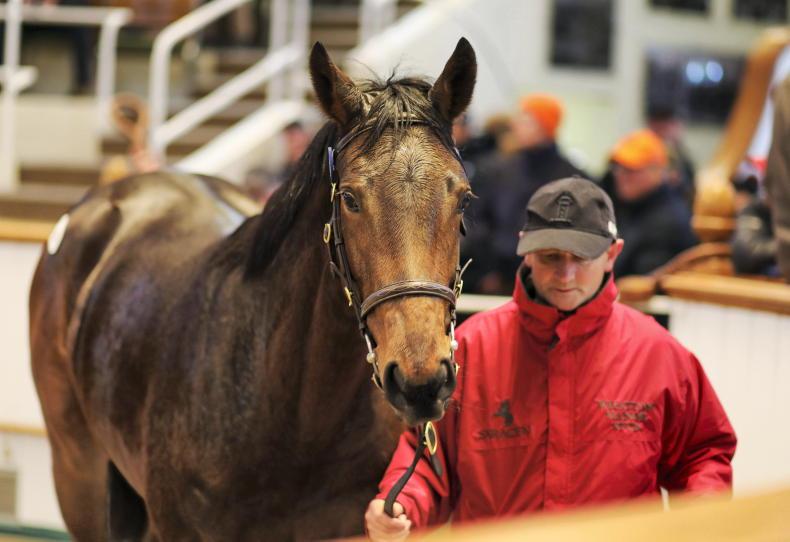 Ralph Beckett will train this 260,000gns filly by Sea The Stars

MONDAY'S Tattersalls December Yearling Sale saw a filly by Sea The Stars top proceedings at 260,000gns on a day that saw nine lots sell for 100,000gns or more, a figure bettered only once in the history of the sale.

The sale saw turnover of 4.5 million guineas for the second smallest catalogue this millennium and a clearance rate of 86%. The results mean that the total value of yearling sales at Tattersalls in 2022 was 211,572,800gns, 27% higher than the previous record in 2018.

Ralph Beckett will train the day's sale-topper, which was bought by bloodstock agent Alex Elliott on behalf of Valmont, the group who have the likes of Captain Wierzba, Salt Bay and Los Yourself with Beckett already.

"We have a good Sea The Stars filly called Trust The Stars who won a Newmarket maiden. She is going to be - hopefully - an Oaks type of filly, and it is that middle-distance three-year-old profile we are looking for, the classic type of horse.

"Hopefully this filly can develop into one! She has got a pedigree; she was bred by Airlie Stud, a fantastic breeder. I love trying to buy off the farm, I often can't! The farm gets such great results. The mare has been bred back to Sea The Stars, she has a filly foal by him, she is in-foal to him and she is going back to him. There is a lot to happen for us, hopefully she is one we can race and then breed from in time."

Elliott expanded further on Valmont: "We bought 33 yearlings and we have 60 horses in training now. We trade, we have sold a few and we play the game. As regards this filly; there is lots happening in the family, she is sister to a Group 1 winner, she is by Sea The Stars and she has an awful lot going for her."

The only Dubawi colt to be offered on the day was secured by Yeomanstown Stud for 180,000gns with a view to returning to the breeze-ups next year. Consigned by Shadwell, the colt is out of the listed winner and Group 2 Rockfel Stakes second Fadhayyil, the dam of Group 2 Let’s Elope Stakes winner Turaath.

Successful bidder David O'Callaghan said: “We liked him a lot and thought he was very fast looking. Obviously he’s by a top stallion and out of a very good mare, and we don’t get too many opportunities to buy this type so we said if he didn’t make a silly price we’d step in. Thankfully he fell just within our range. He’ll come back to one of the breeze-ups, maybe the Craven, we’ll just see. I haven’t breezed one by Dubawi before but he looks quick so let’s hope he goes okay.”

The fireworks started early in the day when BBA Ireland’s Michael Donohoe secured the fifth lot in the ring, a son of No Nay Never out of the Galileo mare Lady Corsica, for 155,000gns on behalf of Zhang Yuesheng's Yulong Investments. The colt was consigned by the Castlebridge Consignment and bred by Cregg Castle Stud’s Michael Enright.

"I had previously bought the dam for client Michael Enright so I know all about her, and I bought her in-foal carrying this colt," reported Donohoe. "I had seen him as a foal and as yearling, he was entered in Book 1 but was going through a growing stage then and was withdrawn."

Donohoe continued: "I told Mr Zhang about him, and when he saw him this morning he liked him so he said we'd have a go. The colt is going to Karl Burke, we think he is a nice horse and joins a couple we already have with Karl."

The colt is the first foal out of Lady Corsica, an own-sister to three blacktype performers including the Grade 1 Belmont Derby Invitational Stakes winner Deauville, the Group 3 Dubai Duty Free Arc Trial winner The Corsican and Tides Of War, placed in the Group 2 Prix Chaudenay.

"Dick O'Gorman, who helps me at the sales, identified him and shortlisted him on Saturday," McStay reported. "He told me that, in his opinion, he is the nicest horse here and when I saw the horse I agreed. He has been bought for an existing client and is a horse who ticked all the boxes. He is by a proven sire and out of a proven mare. He was recommended by consignor Bill Dwan."

The colt's dam Azanara is by Hurricane Run and is a half-sister to the Group 1 Prix Ganay winner Astarabad and to listed winner Asmara, the dam of champion and four-time Group 1 winner Azamour and Group 2 Futurity Stakes winner Arazan.

The Castlebridge Consignment sold the colt on behalf of breeder Elysian Bloodstock Ltd.

The four-day Tattersalls December Foal Sale starts at 10am on Wednesday.