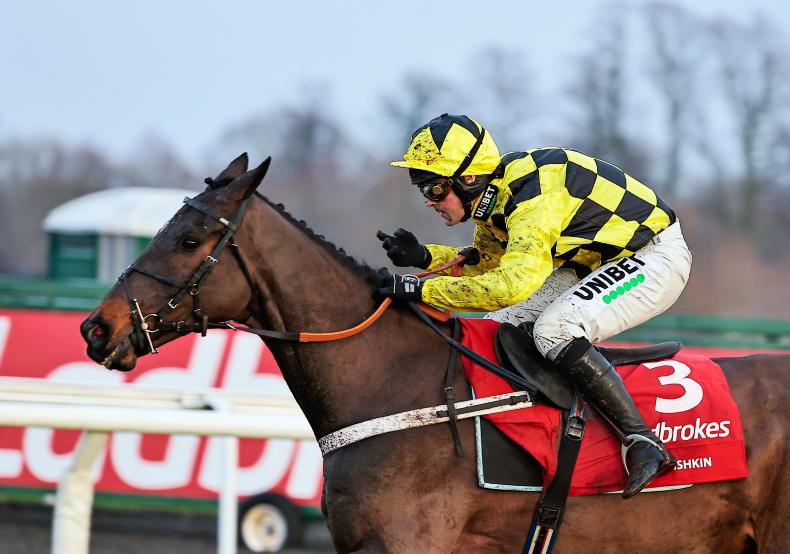 Nicky Henderson goes in search of a Grade 1 double at Sandown on Saturday, with both Shishkin and Jonbon gunning for glory.

The pair arrive with contrasting profiles. Jonbon is already a short-priced favourite for the Arkle following a flawless chasing debut at Warwick. He contests the Close Brothers Henry VIII Novices’ Chase.

Shishkin, on the other hand, is on something of a retrieval mission in the Betfair Tingle Creek Chase as, having won 10 consecutive races which included the Supreme Novices’ Hurdle and the Arkle Trophy, his world rather came crashing down when pulled up before halfway in the Champion Chase.

He was later diagnosed with a rare bone condition, but with all indications being he is firmly over that and Henderson declaring himself happy with ground conditions he is all set to take in a race he missed last year.

“I see one or two people are surprised he’s been declared, but as long as we were happy with him we were always going to run. I never wanted to get too carried away as a lot can be happen, but we are here,” said Henderson.

“He has come to hand pretty well. We were always on target as long as we had a good clean run, which unfortunately last year we didn’t get, we had to wait until Kempton (Desert Orchid Chase), but this time all has gone well.

“I’m sure the ground is all right. We were talking to Andrew (Cooper, clerk of the course) earlier in the week.

“It can’t be that dry as it was only around four weeks ago when we were last there and they had to abandon halfway through the meeting as it was waterlogged, so I’m sure it will be all right.

“We’ve got to start somewhere and this is what Grade 1 races are all about, it’s meant to happen, it’s a very competitive field.”

Looking back on his Cheltenham disappointment in March, Henderson now hopes that can be consigned to history.

“He had a bone disorder in quite a lot of parts of his body, in all the long bones, he was very sore after Cheltenham. He was confined to barracks for two months, but since he’s been in everything has been great,” said Henderson.

“It has an official name, but it is too complicated for me! He had five different issues in five different long bones like your shin or your femur and he came up with five hotspots in all of them. Sir Mark Prescott wrote to me to say he’d had one with it, but it is very rare.

“I’m assured by the vets that there is no more chance of it reoccurring in him than there is in any other horse – we hope.

“This is a real test, they are the best two-milers around without Energumene, who is the champion chaser – although we have actually beaten him. Nobody has ducked or dived, although there is 48 hours to go and in a horse’s life that is quite a long time.”

Should all go well for Shishkin, an epic rematch with Energumene could be in the offing in the Clarence House Chase at Ascot on January 21st.

Henderson said: “Ascot is the obvious step after this. Last year we had to miss the Tingle Creek, went to Kempton and then Ascot but I would imagine we’d go to Ascot.

“If that is where Energumene goes and it’s the right race for Shishkin then we will have a rematch. We did it last year, it was billed as a great head-to-head and it was, it was a fantastic horse race.”

Jonbon, whose only defeat has come at the hands of stablemate Constitution Hill in the Supreme, faces just three in the Henry VIII.

“He schooled this morning and was fantastic, we’re all very happy and the ground won’t worry him, he wants good ground,” said Henderson.

“Monmiral took us on from the word go at Warwick and over those first five fences it must have been a great rush, but to be fair the race was over four out as they’d gone so quick.”

“You couldn’t say he was ahead of Altior at this stage as Altior had won the Supreme and poor old Jonbon bumped into something called Constitution Hill, but he was a good second and brilliant at Aintree after that,” said Henderson.

“I think this is another test, it always is and there will be nerves, but we believe in him and you’d like to think he’d come on from Warwick and he was very good there. If he improves again he should be hard to beat, but a lot of things can go wrong.” 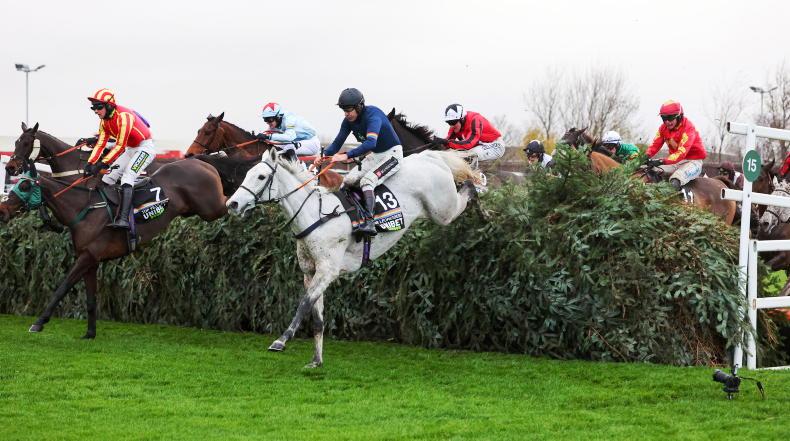 Rory Delargy
RORY DELARGY: No room for sentiment in big-field Becher Chase
Rory Delargy has a double figure bet in the big race on the card at Aintree 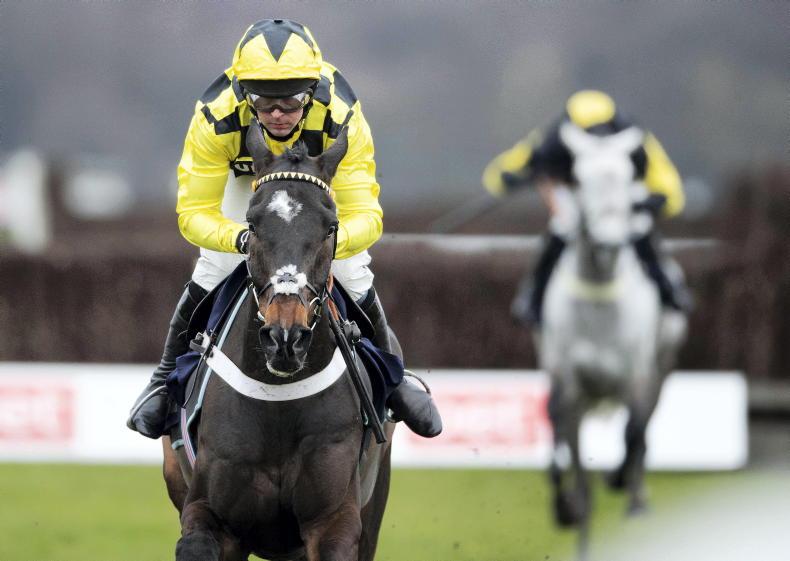