Shane Breen and Michael G. Duffy shone in Hamburg with a win and a top podium place in the Longines Global Champions Tour 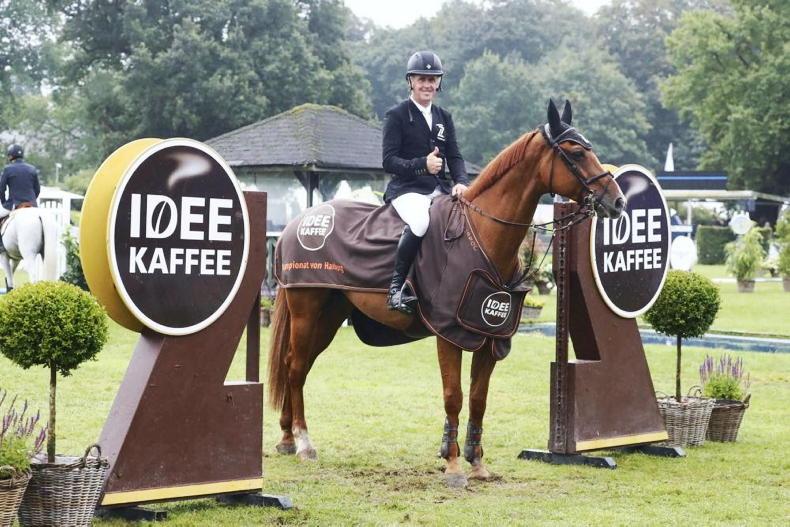 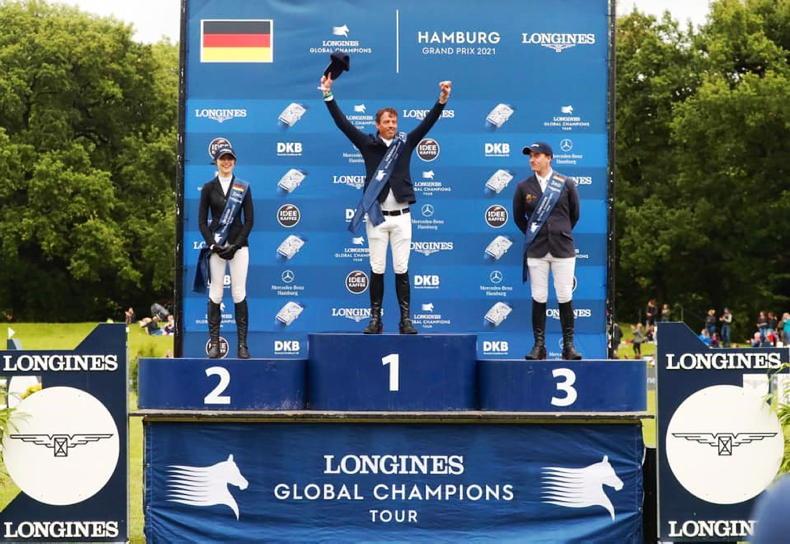 Pleased with his win, Shane Breen said: “It is great to be back here in Hamburg and see such a great crowd out. I’m delighted with the win, Z7 Ipswitch was wonderful and I even managed to navigate the last few jumps with no front shoes on. He lost them halfway around so full credit to him. I wasn’t going to jump today and then I changed my mind last night and I’m glad I did because he loved it.” A tough contest saw Harrie Smolders (NED) produce the only clear round with Une de l’Othain. Eve Jobs (USA) claimed second place on Venue d’Fees Des Hazalles with just one time fault, while Michael G Duffy and the grey gelding Lapuccino 2 also left all the fences picking up just a time fault for third place. Two Irish riders finished in the top four with Denis Lynch and Cristello taking fourth place with the fastest four-fault round.

Michael G. Duffy added: “Days like this I never believed could happen and I’m sure it wouldn’t without my team. I couldn’t be happier. The horse gave everything today and jumped brilliantly. It is just incredible. The time was really tight, as first to go I never chased the time and just rode my round and left all the jumps up which proved to be really important today.”

There was another Irish win on Saturday in Canada with Derry’s Jordan Coyle coming out on top with Picador in the Angelstone winning round competition. 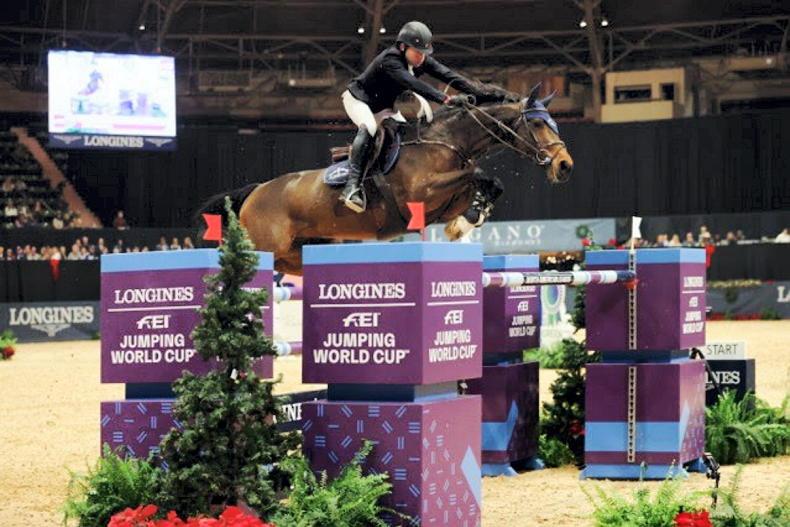 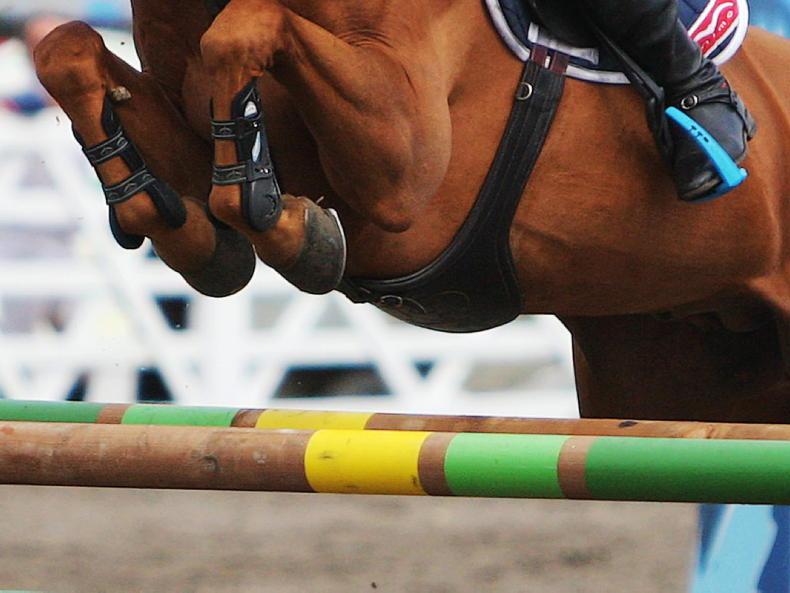 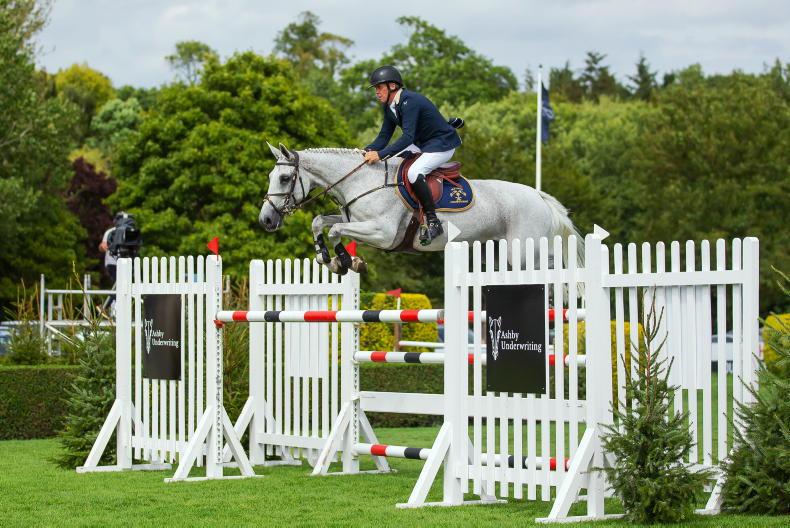 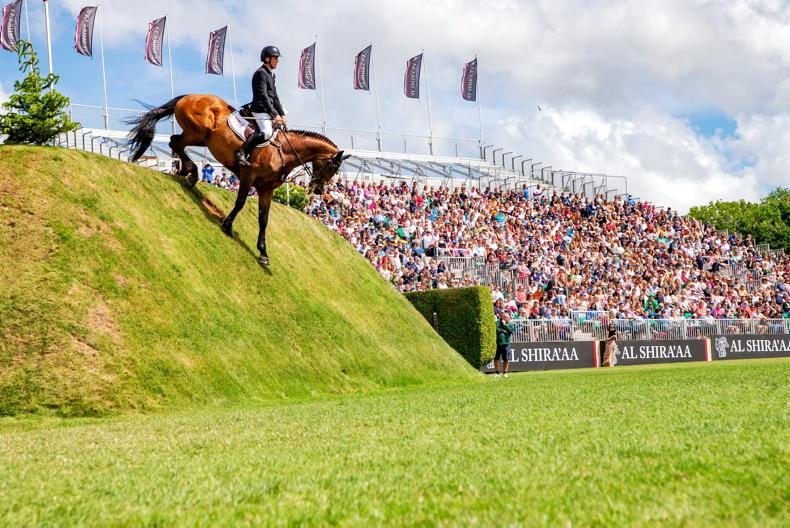