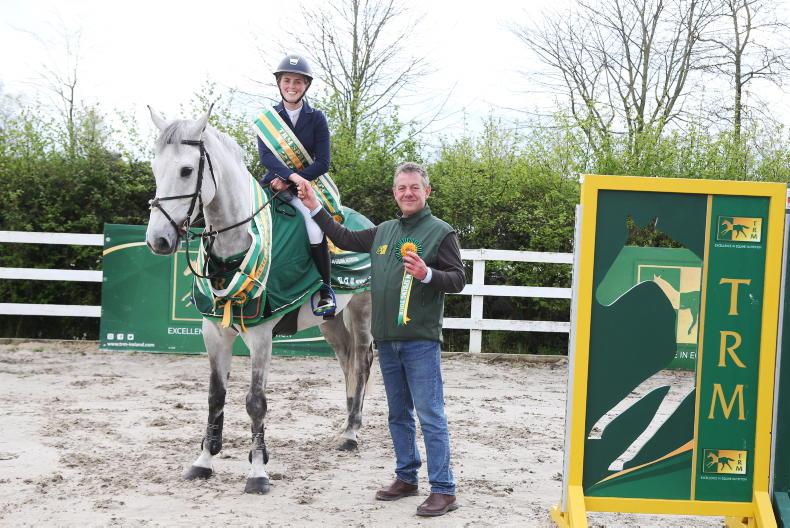 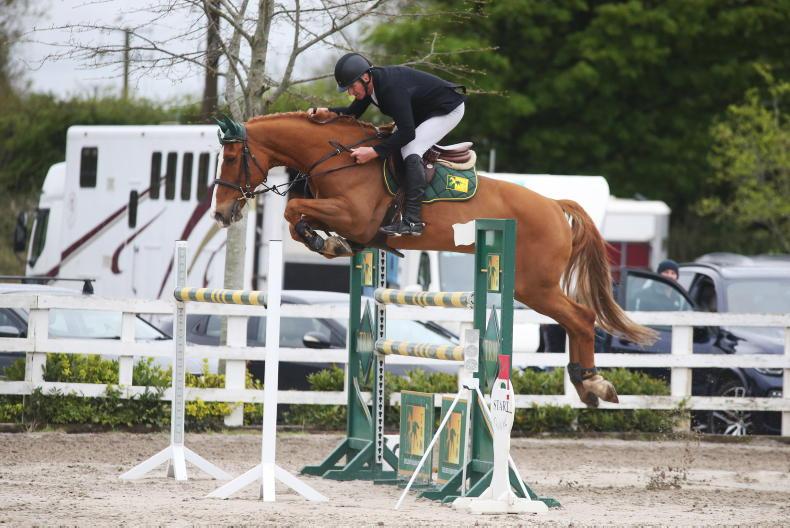 ROBYN Moran was crowned the TRM Showjumpers Club Spring Tour Champion last Sunday at Kildare’s Coilog Equestrian after a strong performance throughout the league aboard Cushla Fryday. Last year the talented Limerick young rider came very close to claiming the title having finished runner-up to Emma McEntee, but this year she made no mistake about taking the prestigious title.

Moran had two mounts in the series this year - Coolminga Inspector Royal who clocked up 28 points - and Cushlas Fryday who racked up 52 points. It proved an excellent Spring Tour for Moran as she also took the leading young rider and with the title, she will also become a brand ambassador for TRM Ireland for a 12-month period.

Owned by Vera Griffin and bred by John Peter Finlay, Cushlas Fryday is an eight-year-old gelding by Hector Van D’Abdijhoeve out of the Apache D’Adriers-sired Une Ardente De Vie (SF).

Coolminga Inspector Royal is owned by James McMahon and is a 12-year-old gelding by Tinaranas Inspector out of the Garrison Royal-sired Coolminga Cavalier.

Delighted with her title win, Robyn Moran said; “I had a great season and I want to thank Vera Griffin for trusting me with the horse. My plan at the start of the season was to put in as many clears as possible and to establish myself on the leaderboard. I was slow at the start to put the points on the board, but the horse really started to prove himself and became very consistent.

“It is a huge honour to win the TRM Brand Ambassador prize, especially with such a pool of talented young riders competing in the league. It really was a great achievement to win the overall title and the leading young rider title. The plan is to hopefully step the horse up to National Grand Prix Level and to also jump in the seven/eight-year-old qualifiers for Dublin.”

Robyn thanked her father and her family for all their help.

On hand to present the prizes, Raoul Masterson of TRM said: “I would like to congratulate Robyn on her title win and John Floody, who also put in a very strong performance in the league. TRM are delighted with the support that the tour got. We are the biggest manufacturer of equine care products in Europe, and are happy to give something back to the sport in the way of this sponsorship.”

Earlier in the week it was also announced that TRM would become product sponsors of the Coolmore/Showjumping Ireland Premier Series Grand Prix series.

The final leg of the Spring Tour saw a win for Kildare’s Edward Doyle and Flexability. Bred by Dr Noel Cawley and owned by Lisa Cawley, Flexability is an 11-year-old gelding by Flexible out of Diamond Ballerina. Flexibility is a halfbrother to the international performers Rincarina and Solerina.

Speaking afterwards, Edward Doyle said: “The horse was in good form, and I knew that I had to go for it. Most riders got eight strides between one and two and my plan was to go for seven and it worked out for me. The horse is quick and made up the pace throughout the course. The standard was very good in the league, and this was clear to see with the number of clear rounds in the challenging course today.”

Regarding TRM’s sponsorship, he added: “TRM is brilliant for the sport. They not only give to this but to many other leagues and events. They certainly do their best for the sport.”

There was a good turnout for the final, which saw 43 riders go to post, and of those, 23 booked their place in the jump-off.

Second to go in the jump-off, Edward Doyle got his first look at the course with Chacco Bay but unfortunately had one on the ground with this mount.

The target was set when Sean Kavanagh delivered the first double clear with Carousel Gold. He set off strong and got a good turn back to the vertical across the arena and then back to the TRM double. He maintained this pace to the water tray vertical onto the penultimate oxer and stopped the clock in a time of 39.92. Bred by KnightField Stud, the 10-year-old mare is by Caricello out of the Colourfield-sired Beechfield Erkindale.

Next to go, Adam Carey didn’t hang about with the Philip Carey-owned Quebello D, but despite a series of good tight turns, he proved slower across the ground and a clear in 40.81 saw him finish in eventual fifth, one place behind Kavanagh and Carousel Gold. Quebello D is a 12-year-old gelding by Quidam De Revel out of Salina.

It was five rounds later that the lead would eventually change hands. No stranger to the pressure, John Floody set off in a determined pace with HTS Caranbreagha. A tight turn back to the water tray and then from the penultimate oxer to the last saw him reduce the target to 37.88. Owned by Clare Crag and bred by Brian Kieran, the nine-year-old gelding is by Sir Shutterfly out of the Aldatus Z-sired Ballybunion Aldatus.

Winner of the round at JAG Equestrian, Kildare’s Stephen Murphy put in a gallant attempt with Chantelle and a clear in 40.86 would see them take sixth place in the line-up. Jointly owned by Stephen and his father Brian, Chantelle was bred by amateur showjumper and family friend Gerry Traynor, the 13-year-old mare is by Lux Z out of the Errigal Flight-sired Texaco’s Delphine.

The lead changed hands once again as Daren Hopkins wasted no time with the stallion Numero Cruise. A good turn back from the TRM double, back to the third last, saw him deliver a clear in 36.72. Owned by Leo Carey, the 12-year-old stallion is by Numero Uno out of the Cruising-sired Ms Cruise.

Using being last to go to full advantage, Doyle knew what he needed to do as he took to the course with Flexability. He set off strong from the start and negotiated a series of tight lines. This, matched with a strong pace, saw him up on target at a very early stage of his round. An extremely tight line to the water tray vertical on to the penultimate oxer and then to the last saw him lodge the winning round of 34 seconds and in the process, demote Hopkins to second and Floody to third. 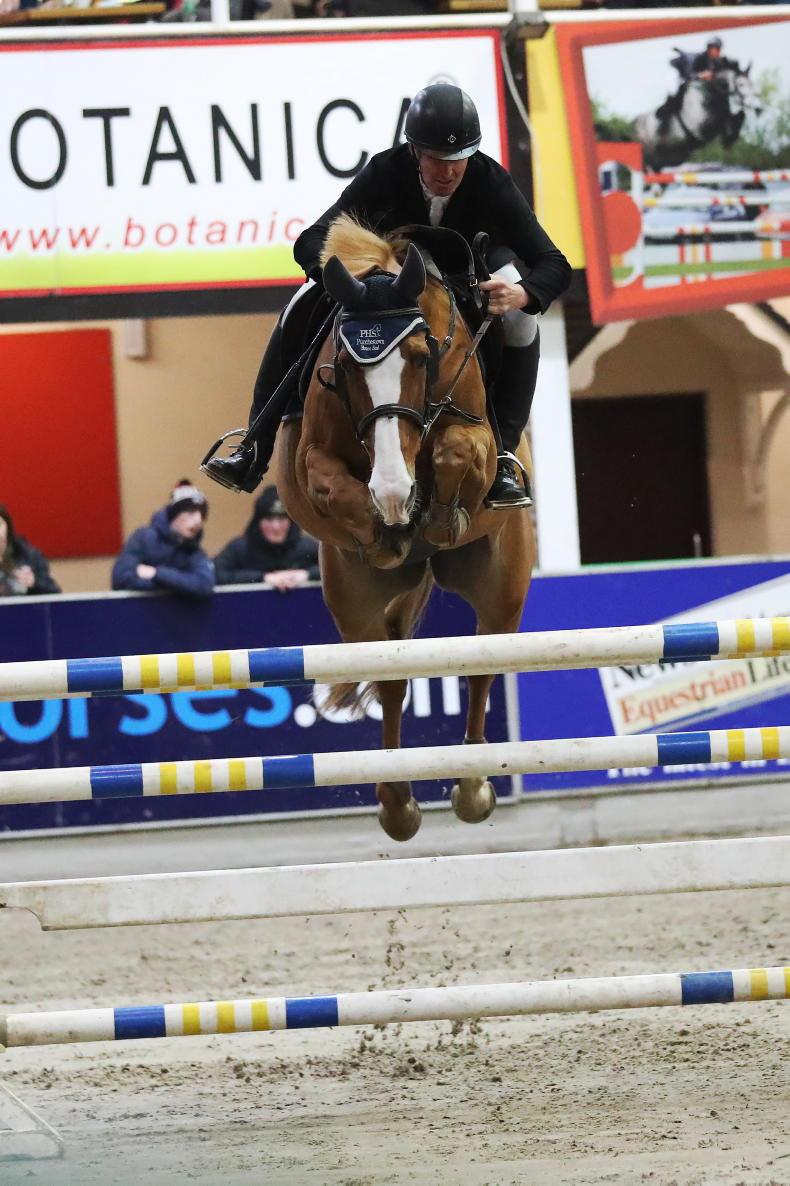 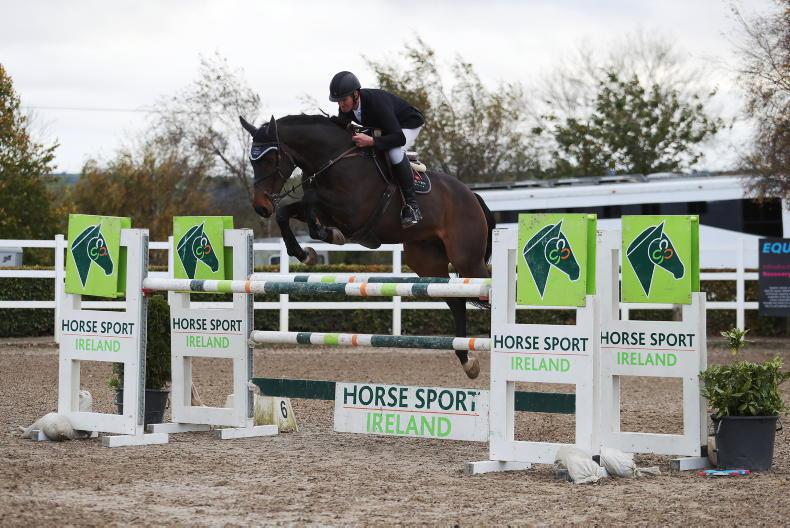 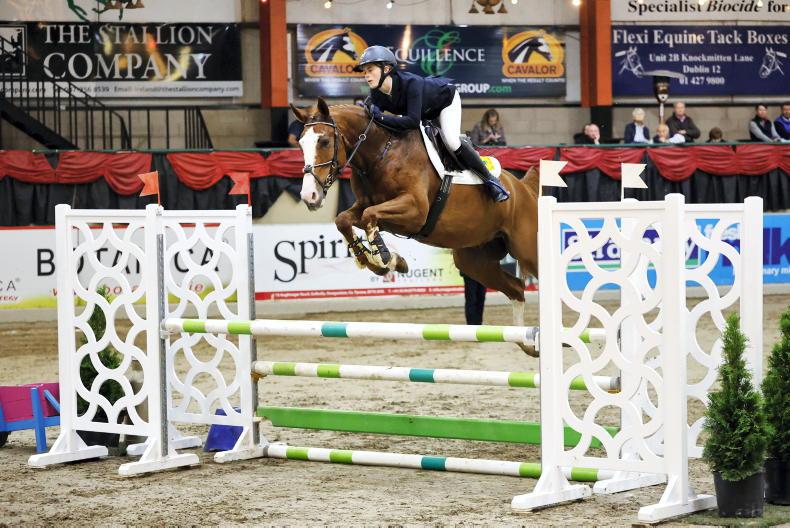 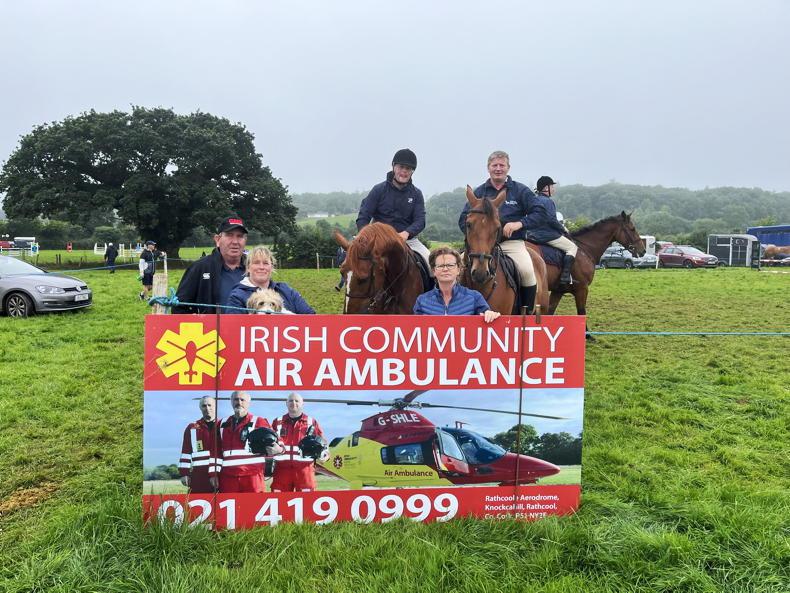