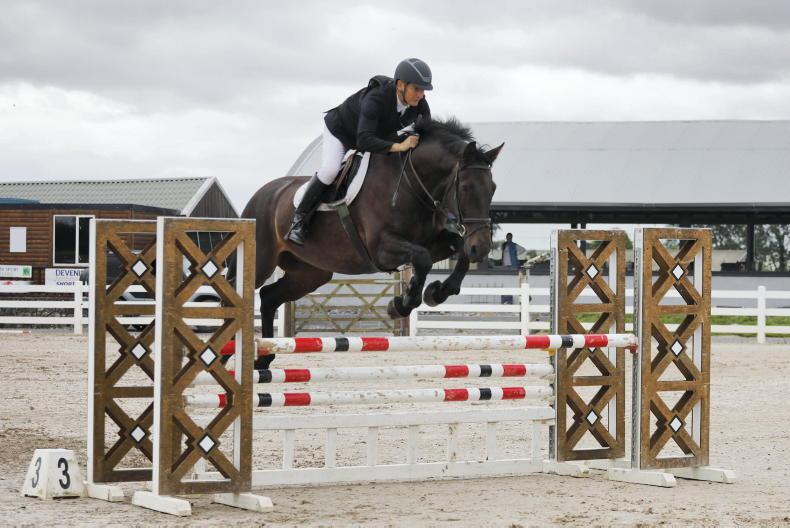 SINCE returning to the saddle this year, Meath amateur rider Peter Dargan has proved unstoppable and he took another win last weekend at Mullingar Equestrian at the SJI All Stars Final. Riding his own Ballivor Man, he claimed the Irish Farmers Journal (A) League title, taking the win clear in 30.28 seconds.

This combination have demonstrated good form this season winning the RDS Amateur qualifier in the round at Tipperary. Prior to the qualifier, they claimed two wins at Mullingar International and took a win the week before in the Orchard Equestrian/NAPS Amateur in Edgeworthstown.

Only recently they won the mini Grand Prix in the Cavan Amateur Summer Championships. Owned by Dargan, the 17-year-old gelding is by Ard VDL Doughlas out of the Graf Magna-sired Lady Graf. Peter purchased the gelding from Robert Frazer in 2020.

A total of 43 hopefuls lined out and from those, 10 double clears were delivered in the 23-way jump-off. Dargan saw off the challenge of Niamh McFall and Bay of Biscay when they came home less than a second behind in 30.98. Little stood between the next placing as Laura Walshe and Ballinaguilkey Heritage came home in 31.02 for third place.

A clear from Kerrie Anderson and Bernadette Lady H in 32.63 saw them slot into fourth place, ahead of Hannah McNiven and Odetta, in 34.38. Completing the top-six line-up were Val Ward and Venture (35.97).