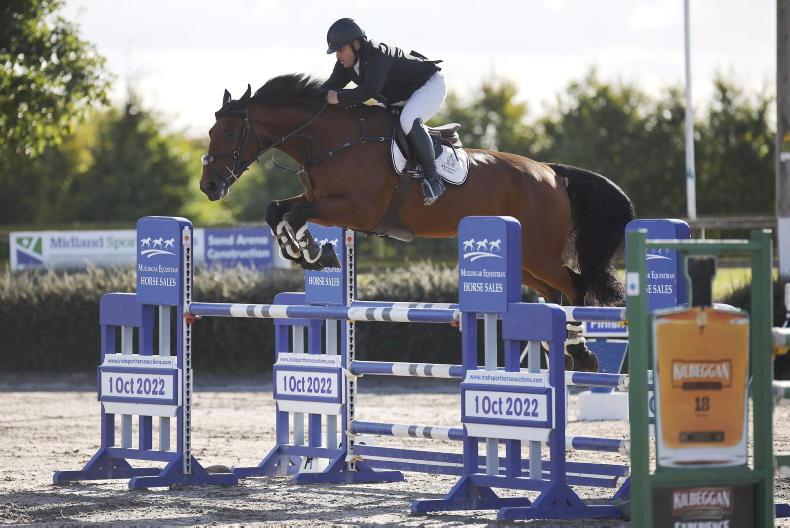 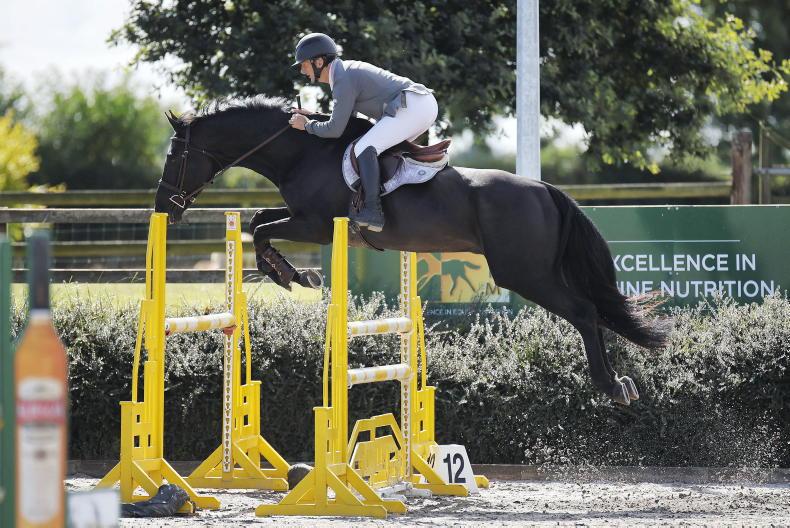 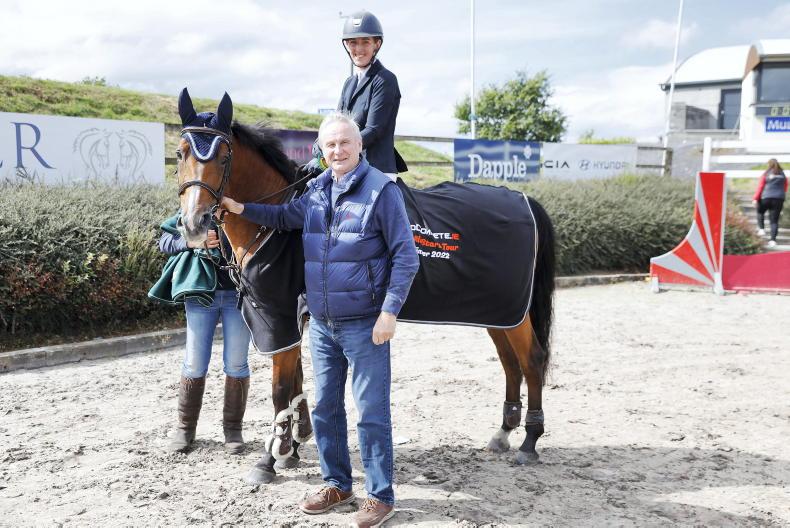 MULLINGAR Equestrian Centre was a hive of activity last weekend as it welcomed competitors in the inaugural SJI All Stars Final. Although a late entry to the calendar, the event registered close to 700 entries.

The championship titles were decided on Sunday and claiming the 1.30m crown was Robert Harrison with Drumrankin Ceasar who galloped home with nothing to add in a time of 44.91 seconds. Harrison was chased all the way by Julieann Gaffney and the Aisling Byrne-owned Supreme Action, as they also kept the poles in place, in 45.50.

Third place belonged to Nicole Kershaw and Indy De Muze D on a clean sheet in 46.04. Mark Duffy delivered the final clear of the class with the six-year-old Dragonheart Z in 50.34 for eventual fourth place. Rachel McGrath put in a gallant attempt with Quality Villane, but four faults in 48.94 saw her take fifth place. Completing the top six was young rider Lucy Shanahan and My Diamant Pd Z, with four faults in 57.98.

Winner of the All Stars Tour Grand Final 1.20m Championship was Mark Duffy with Caraghs Trendy Master, clear in 41.19. Diarmuid Killeen played it safe with the seven-year-old Zarabella and crossed the line in 46.74 for second. Last of the double clears and taking third was young rider Amy Pollmann-Daamen with Kiralinde DN in 50.73. Clarus Malyon and CES Celtic Son took fourth place when fastest of the four-faulters in 46.10, ahead of Mark Duffy and the five-year-old Miss Cavalier Candy, four faults in 50.39. Sixth place belonged to Anne Marie Glennon and Lumineer, four faults in 53.89.

It has been a great season for Marie Hartley with a series of results in the Mervue Equine Leinster Tour and she topped it off when crowned the 1.10m Grand Final Champion with Scarthill Vendi. The Kilkenny pair took the win when fastest of four double clears in 39.01.

Junior rider Fionnghuala Benson took the runner-up spot with Chatsworth Danielle, almost a second slower in 39.91. Hartley also took third place with Nikita Van Het Heidenhof, clear in 41.02. Orla Ryan’s decision to play it safe with Ballynagran Domino saw her deliver a clear in 54.82 for fourth place. Niamh McFall proved that the time could be beaten when she clocked 36.49, but with a pole on the floor had to settle for fifth place. Lucy Shanahan was back in the ribbons, this time claiming sixth with Omane Des Faux, four faults in 42.56.

Winners of the Showjumping Ireland 1m All Stars Tour Grand Final was Jacqui Boland [AA] and Maverick Na Rí when they put in a foot-perfect performance in 25.73. Slotting into second was Lorna Power and Burrin Equestrian Rafiki, clear in 26.36, ahead of Maeve Duffy and Real Cool Cruise, clear in 26.91. Fourth place belonged to Joanna Penfold and King Cruise, clear in 27.10, ahead of Wicklow’s Laura Walsh and Ballinguilkey Heritage, clear in 27.79. Sixth place was filled by Paddy Ward and Ardnaglass Lizzy, clear in 28.46.

Emerging as the 90cm All Stars Tour Grand Final Champion was Shauna Furlong and Clogrennane Diva, when they delivered a clear in 23.46. The combination had a super few days jumping, winning both qualifiers along with being part of the winning team in the team challenge.

Junior rider Ava Stubbs was fractions behind with Tully Hill Lucy Diamond, clear in 23.58, ahead of Edwina O’Connor and Ashwood Reggie, clear in 25.04. A clear from Alannah Perrin and LKS Bianca in 25.78 saw this combination take fourth place, while in fifth were Tadhg Mulligan and Grovehill Candy Cavalier. Filling sixth place and clear in 26.08 was Susan O’Connor with Miss Nonstop. 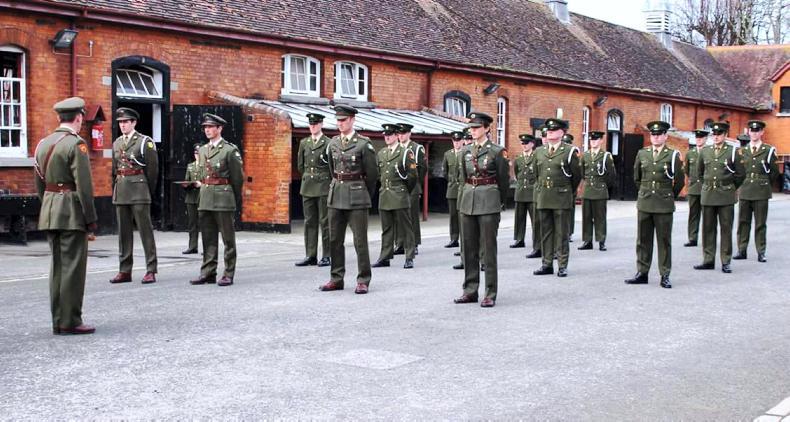 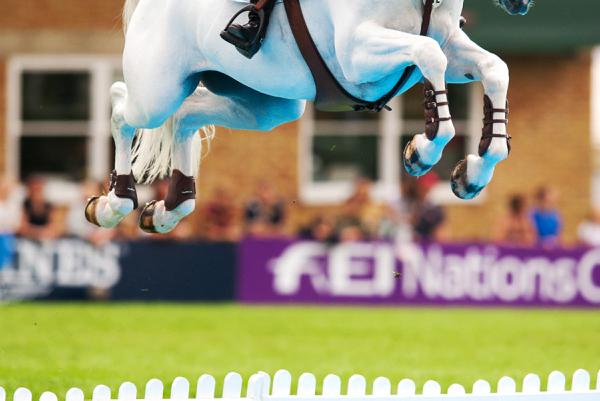 Easy win for Duffy and Glenomra Cocoa
Galway County Show played host to the fifth leg of the Irish Sport Horse Studbook Series, where younger horses were exposed to the many sights and sounds of a county show. 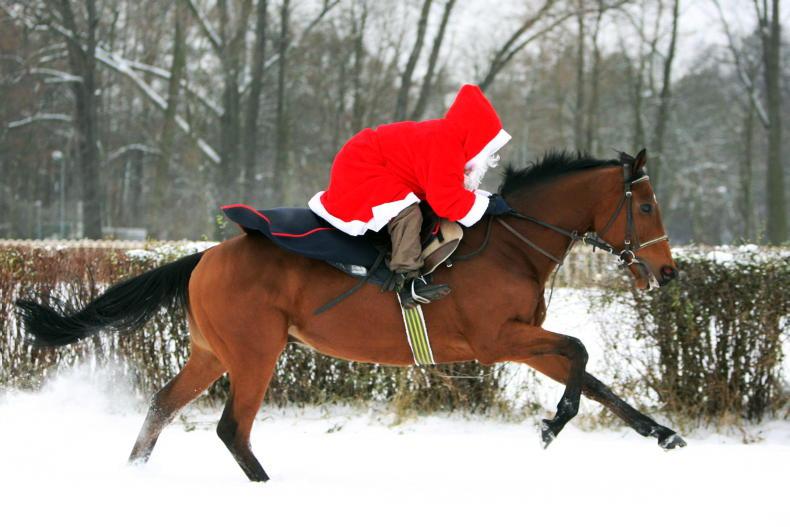 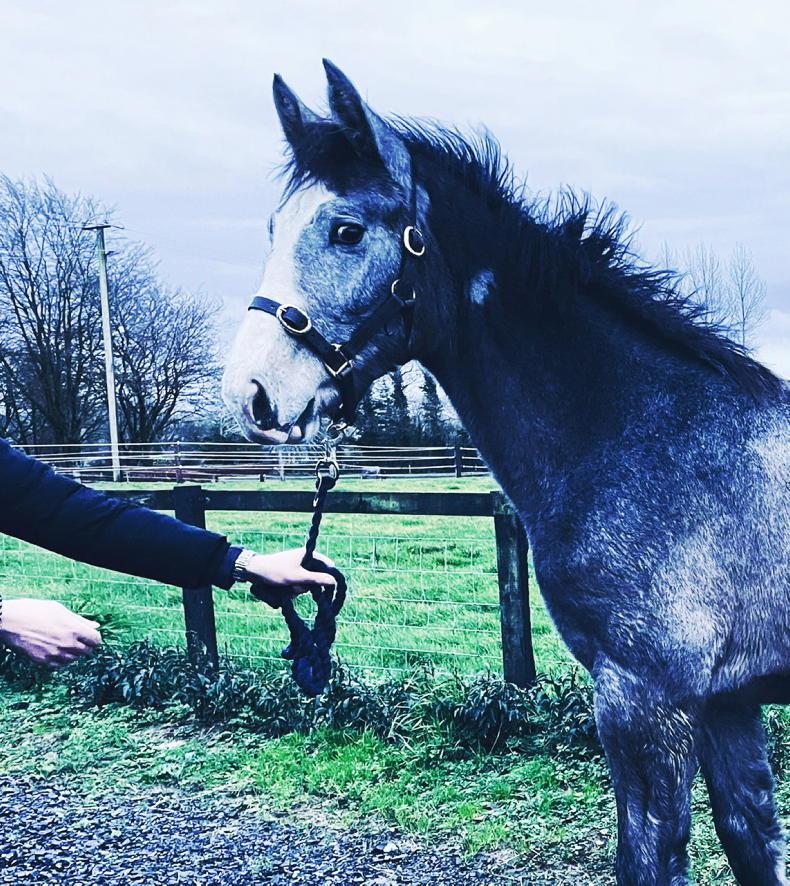 Margie McLoone
MULLINGAR SALES: Jumping pony tops sale at €7,400
Out Of The West, with 51 SJI points on his record, was the top lot at Mullingar's last sale of 2022