Joseph O’Brien’s filly displayed all her usual gameness to get her head back in front at Sligo on Wednesday, when her rider Mikey Sheehy scored a double 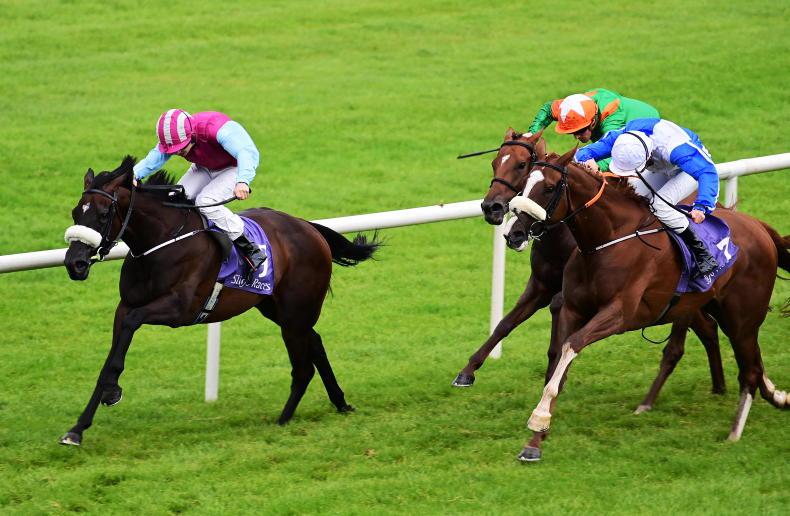 Corky was a game winner of the feature contest for Mikey Sheehy, who rode another winner on the card also \ Healy Racing 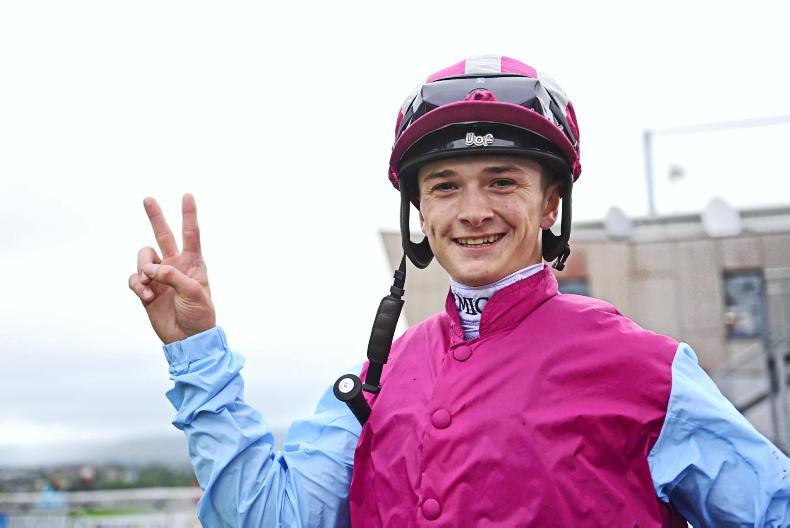 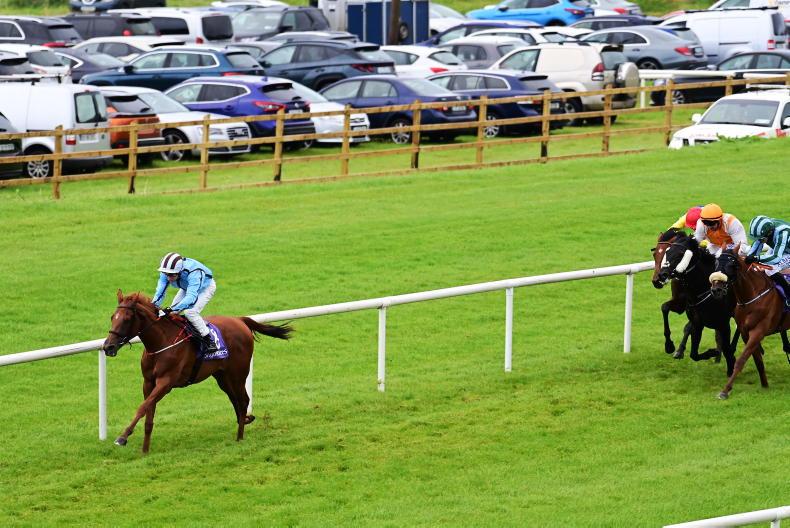 NOT for the first time the long reach of the Joseph O’Brien yard was felt at Sligo as the trainer carried off one of the track’s major flat prizes for the year when Corky ran out a brave winner of the Irish Stallion Farms EBF Oaks Fillies Handicap over 10 furlongs.

Second in the Ulster Oaks a couple of starts ago, the Peter Savill-owned daughter of Fastnet Rock lined up chasing a first win in seven starts and the front-runner got her turn in gritty fashion under Mikey Sheehy. Early in the straight she had to contend with the menacing effort of the favourite Bay Of Bengal, but she fought that one off entering the last furlong and then withstood the late lunge of Disco Boots by a short head.

“She was very tough and hardy and loved the ground,” stated Sheehy. “She’s not overly big and a tight little track like this suited her. I was able to kick her off the turn and get a couple of lengths. Hopefully she can go on from this.”

Earlier Sheehy bagged the 47-65 rated Sligo Champion Handicap aboard the James Nash-trained Your Honor (4/1) who made all the running in this three-year-old-only affair over an extended 10 furlongs.

A third at Ballinrobe last month boded well for the prospects of this Albert Conneally-owned and -bred son of Lawman who showed a fine attitude in the straight as he was headed by Butterfly Garden before rallying splendidly to get back up to defeat that one by half a length.

“He needed every drop of rain because he’s a horse that wants further,” said Nash. “There just wasn’t a lot coming up for him, in his own age group especially, so we had to come here and take our chance. He stays and will appreciate a mile and six or two miles.

“His owner is a Galway man and he looks like a horse that’s made for a race at Galway at the September or October meetings.”

Queen Of Ours could be set for Million bid

ALTHOUGH they were out of luck with Bay Of Bengal in the night’s feature, Willie McCreey and Billy Lee did pick up another well-endowed contest as Queen Of Ours secured the Irish EBF Auction Series Maiden over an extended five furlongs ahead of a possible Goffs Millions assault.

After beginning her career with encouraging placed runs at Cork and Naas, this two-year-old daughter of Kodiac was returned at 8/11 and was untroubled up front throughout.

She reached the line with a length and three-parts to spare to continue a tremendous association between the trainer and Italian owner Renzo Forni who have combined to excellent effect over the course of the last decade.

“It was straightforward,” commented McCreery. “She had the experience and had two nice runs and Billy said she just got lonely in front and was idling a bit. She is a lovely filly who is only starting to grow into herself and we won’t over race her this year.”

Claiming race kingpin James McAuley notched up yet another success in this sphere as Alhaajeb (13/2) secured the Rockshore Lager Claiming Race.

An €11,000 acquisition out of the Adrian McGuinness yard after finishing third in a Ballinrobe claimer last month, Alhaajeb got back just over half that outlay with this victory although his stay with McAuley was a short-lived one as he was subsequently claimed to join Shark Hanlon for €15,000.

The four-year-old led entering the straight for Shane Foley and kept on nicely to defeat Jaafel by a length and three-parts.

THERE was quite a gamble landed in the Guinness Nursery where In The Giving, trained by Fozzy Stack for his mother Liz, scored on her handicap debut.

This daughter of Night Of Thunder had struggled on her first three runs but was backed from 10/1 on track into 13/2 and ran out an easy winner under Andy Slattery. For most of this extended five-furlong trip, In The Giving enjoyed an uncontested lead and she got home by three and a quarter lengths from Camilla Gherardini.

“It was the plan to get out in front,” remarked the winning rider. “When I spoke to Fozzy earlier we were fairly adamant that there wasn’t too much coming from behind, and she loved it. I think she really enjoyed the soft ground and she has plenty of boot as well which suits around here.”

After getting amongst the winners at Galway, Eddie and Patrick Harty added to their haul when Gegenpressing notched up the second success of his career in the 47-65 rated Carlsberg Handicap. The 4/1 favourite was ideally placed on the heels of the leaders for Chris Hayes and then came between horses to deliver a telling challenge inside the last furlong.

At the line Gegenpressing had three-parts of a length to spare over Ducky Mallon who was returning from close to two years off the track. Owned by the Game Syndicate and Marie Harty, the winner was adding to the Limerick claimer he landed close to 14 months ago after which he was picked up for €15,000.

Sam Ewing rode his first winner since fracturing his pelvis on the first day of the new National Hunt season as The Truant (10/1) continued Peter Fahey’s tremendous run of form in the 47-65 rated Rockshore Cider Handicap over an extended mile and a half.

A 23-race maiden coming into this race, The Truant won in good style as he showed the benefit of a recent comeback outing in a Curragh charity race. Ewing, who only recently returned to the saddle, sent him to the front rounding the turn for home and the five-year-old kept on well to dish out a three-length beating to the favourite Barometer.

The winner is owned by the Tar Melting and Cuckoo Singing Syndicate.