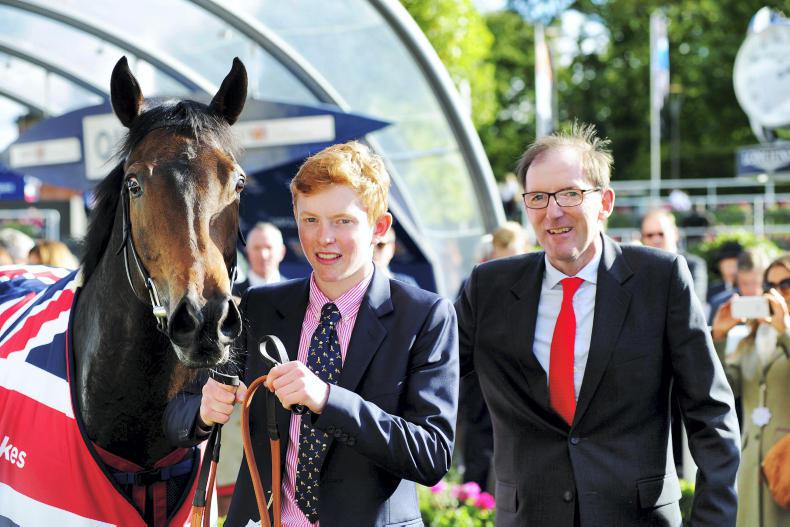 The Tin Man with trainer James Fanshawe and his son Tom (photo : healyracing.ie) 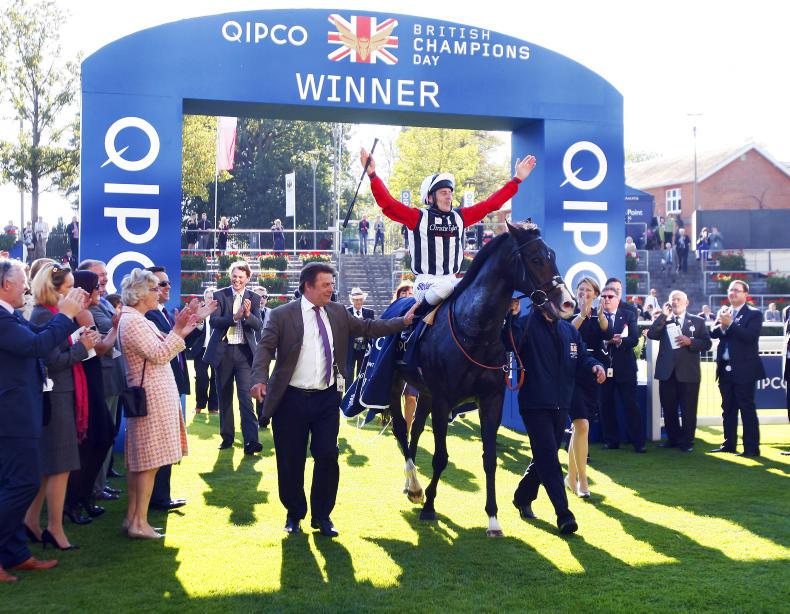 Deacon Blues, a half-brother to The Tin Man, and Johnny Murtagh after winning in 2011 (photo : healyracing.ie)
Previous Next

ANOTHER foal at the upcoming Tattersalls December Sale to receive a huge pedigree boost was Newsells Park Stud’s son of Poet’s Voice (by Dubawi) out of the Bishop Of Cashel mare Persario. The dam’s four-year-old son The Tin Man reached a career high last weekend when he won the Group 1 Qipco British Champions Sprint Stakes, a race won by his half-brother Deacon Blues when it was a Group 2 race.

The Tin Man is a son of Equiano and his first Group 1 winner. Himself a winner of the Group 1 King’s Stand Stakes twice, Equiano is a Newsells Park Stud stallion and The Tin Man is from his first crop. His other group or graded stakes winners include Fly On The Night, Strath Burn, Belvoir Bay, this year’s Group 2 Gain Railway Stakes winner Medicine Jack, Baciami and Dark Reckoning.