Title: The Owner: Bull On Syndicate

Shane Collins from the Bull On Syndicate talks to Sophie Mellett about carrying on his brother's syndicate legacy and of their hugely exciting hat-trick scorer, Jungle Prose 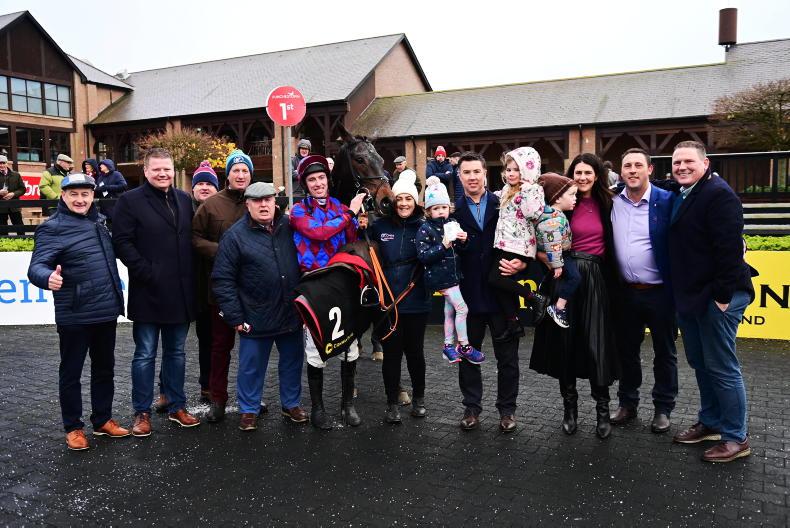 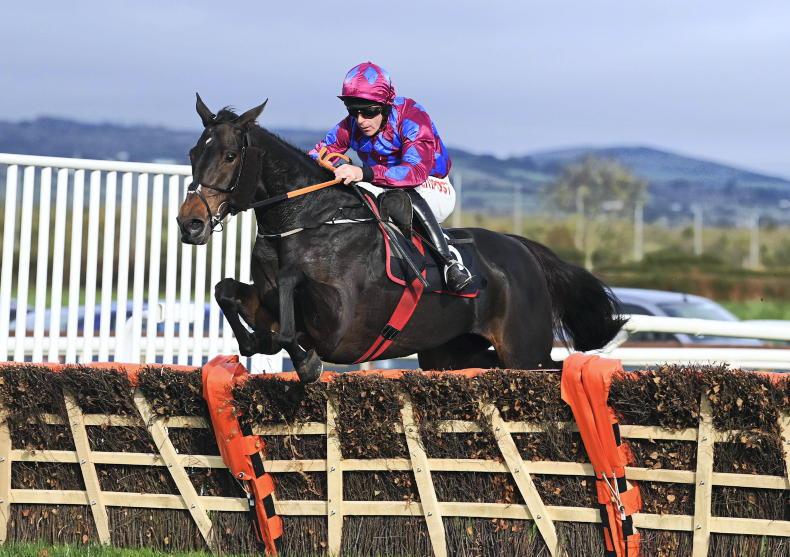 I AM a Company Director and I have been involved in syndicates since 2009. Over the years, I have had a number of horses in training with Gordon Elliott and we’ve managed to have great success thanks to him. The highlight has to be Jury Duty winning the American Grand National back in 2018.

My brother, Ciarán, was the driving force in organising our first syndicate which was named The Sideways Syndicate. He loved his horse racing and he managed to pull a few of us together back in 2009 to buy a horse.

Our first horse was put into training with Joanna Morgan as one of the syndicate members, Barry Magan, worked with Joanna at the time.

Unfortunately, Ciarán passed away in November 2017 after a short illness. Given this, horse racing and the continuation of a syndicate in his honour means a lot to us.

Our previous syndicate, The Sideways Syndicate, owned a horse called Jury Duty and our best day was when we watched him run at Cheltenham for the first time back in March 2017.

He ran in the Pertemps and to have a runner at the Cheltenham Festival was a dream come true. There was plenty of nerves and when he came around the last bend leading on the bridle there were numerous heart palpitations! He finished third that day and ran a great race.

How did your syndicate get its name?

Ciarán setup The Sideways Syndicate and when we were setting up the successing syndicate we wanted to call it something to commemorate him.

Ciarán’s nickname was the Bull so that’s why we called it the Bull On syndicate, to commemorate him and to signify we’ll keep going, bull on.

Owning a horse can be very expensive, especially if there is little or no prize money being brought in. We’ve been really lucky in the fact that Gordon(Elliot) has looked after us and has sourced us some exceptional horses, including Jury Duty.

Jungle Prose is in our current Bull On Syndicate and she was completing a hat-trick of wins at Punchestown last Saturday.

We have found Down Royal and Punchestown to be of high quality with superb facilities and they both treated us very well after our recent wins.

Cork is also of a high standard and we have had good experiences at our local tracks, Fairyhouse and Navan.

Jump racing, the longer distances give you the time to fully enjoy and take stock of a race. Plus, there is the added spectacle of horses jumping obstacles.

There are more variables in jump racing and anything can happen, which only adds to the excitement.

The horses also have longer careers, meaning you can follow and enjoy your favourite horses for a number of years and not just for a season or two.

Last but not least, the jumps has Cheltenham!

Honesty and integrity, with the best interests of the owners at heart. We have this in Gordon Elliott.

Straight away Gordon will tell us if he feels a horse isn’t good enough, rather than allowing us to prolong their career and suffer economic costs. He has also been great at sourcing us good horses over the years within our budget.

We have eight members in our syndicate and we have had experiences where the first four members to enter the racetrack have received food vouchers and the last four haven’t.

It’s only four vouchers per syndicate, but I feel each member should be treated equally and receive the same benefits of being an owner. At the end of the day, everyone pays for their share of the horse.

How do you think the current crisis will impact on racing in general and on ownership in particular?

As the cost of living has increased, it obviously puts pressure on people’s finances and means that people are less likely to be in a position where they are able to own, or partly own, a racehorse.

In turn, I can see less owners in the game, making it tougher for trainers (especially smaller trainers) to attract owners.

Horse racing is a large and important industry in Ireland for employment and generating revenue.

I think providing a means of financial support for any small owners or syndicates entering their first year of ownership would really help.

Furthermore, the promotion of fillies/mares in racing has been done really well via some great incentive schemes and I encourage that to keep going.

We’ve recently been recipients of the ITBA NH Fillies bonus.

Our previous syndicate members were from Moynalvey and Summerhill in Co Meath. The maroon represents the Moynalvey colours and the blue represents Summerhill.

Our new syndicate is just made up of members from Moynalvey but we didn’t want to change the colours as they have been successful for us and hold huge sentimental value because of Ciarán. Gordon is from Summerhill, so the blue can represent him.

When buying a horse, what do you look for?

We have trusted Gordon to source all of our horses for us, he knows more than we’ll ever know.

Jungle Prose is currently our only horse in training.

What’s next on the agenda for your horse?

Jungle Prose has been a revelation for us and has won her last three outings, going up 40lbs in the meantime.

We can’t thank Gordon and the team enough, they have done a terrific job sparking her enthusiasm and getting her to perform at her top ability. Gordon has said that she’ll be aimed for the Pertemps.

A local family took Jury Duty after his retirement for their daughter, Sophie, to ride. She takes great care of him and he’s is in excellent hands. Together they have won Racehorse to Riding Horse jumping competitions.

More restricted races for lower-rated horses. Also, a racing programme only for the smaller trainers that find it difficult to compete with the bigger yards. For small owners/syndicates, perhaps a stipend at the end year for horses that have had little to no winnings that season?

My advice would be to approach someone in the industry, such as a reputable local trainer, discuss with them your budget and goals, and ask if they could source a horse within those criteria.

Shane Collins was in conversation with Sophie Mellett.