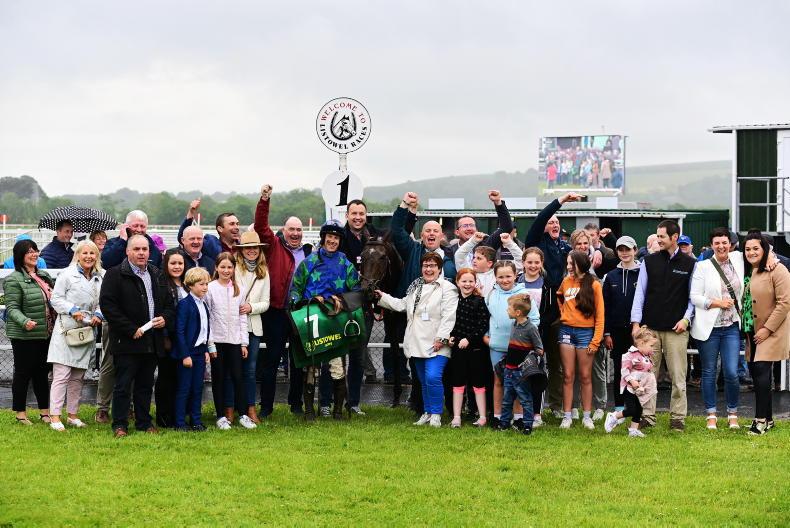 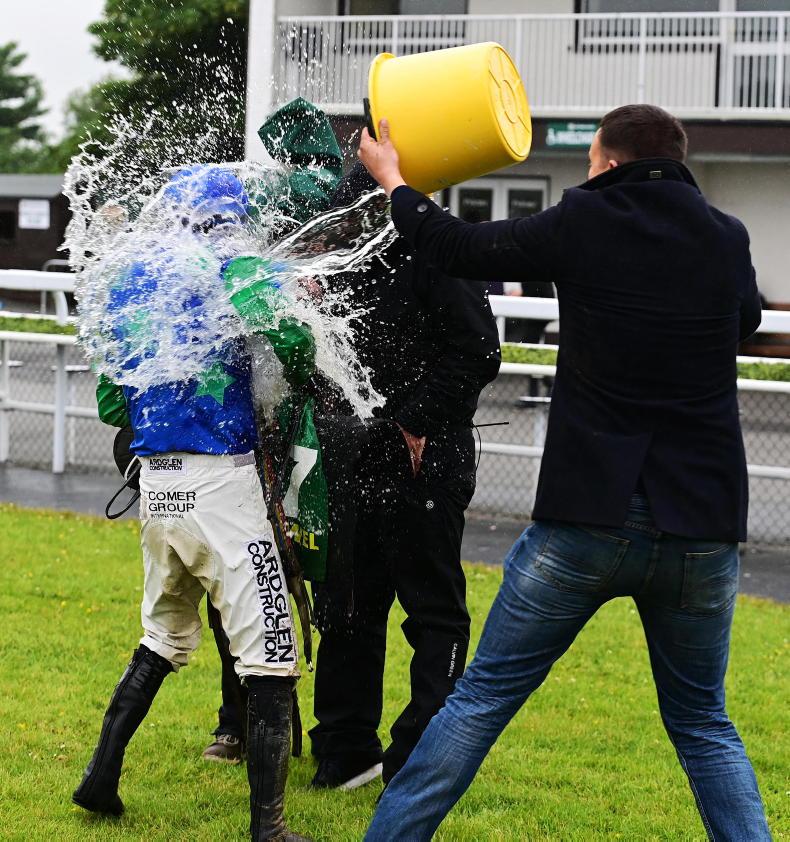 One of our syndicate members was into the dogs for a number of years and back in 2015 he was getting anxious to progress to the horses. He started to look to put a syndicate together and we held our first meeting in our local pub, The Pike.

After much deliberations and a few pints, we agreed that we would start saving to buy a horse. Eighteen months later we had enough to buy our first racehorse.

We rang around to several trainers and eventually found a horse for sale that was already in training and was ready to go to the track. This horse was at Gavin Cromwell’s yard so we left her there and we named her Biddy The Boss. Biddy wasn’t long proving her potential and in only her second outing she won a bumper in Fairyhouse in October ’17. We were thrilled with our success so soon and so the fairytale of the Kilbriens Syndicate was off to a flier.

Biddy was a star with four wins and seven second place finishes. Our little kitty was building and in 2018 we saw that Biddy’s full-sister was going to the Tattersall Ireland Sales.

Again, we met in our local establishment and by the end of the night we made the decision to head on up to the sales and buy her, and we couldn’t believe our luck when the hammer fell at €2,000. We brought her back home and named her Molly Wedger.

We asked Dermot O’Brien who is also a syndicate member and local trainer to take Molly on. The start to Molly’s career was a slow one and she managed one placed finish in 10 starts. Molly then got a bad injury and we weren’t sure whether it was worth investing more time and effort into her, but our trainer Dermot still saw something in her and urged us to give her a second chance.

We went with him and all the care, nursing, strengthening both Dermot and his wife Sarah did with Molly during the 12 months she was off worked wonders. Since her return we’ve had an amazing journey and craic with the syndicate and Molly has given us four wins and three second places. There are officially 12 members in the syndicate but the whole group, whether it’s partners, wives, husbands or children, hold a part of Molly close to their heart.

May the fairytale continue and we got into Galway with her today. (BoyleSports Handicap Hurdle).

The purpose of putting the syndicate together was to enjoy days out with friends and family and have the buzz and excitement of owning and bringing a horse to the races. The icing on the cake would be to bring the horse to one of the big festivals and get a result.

We decided last year to bring Molly to Galway. We entered her in a handicap hurdle and Molly did what Molly does and ran a cracker. We were coming out of Covid, and it was the first time we were all able to go and see her run.

Molly came second that day but several of the people at the meet said they thought we had won the race as we celebrated so much. This is what racing is all about and we truly relish those days.

Molly had two wins since in Listowel and Killarney and again great excitement in the parade ring afterwards, even Brian Hayes who has ridden her in all four wins felt the punch of our excitement when he got a bucket of water poured on him!

What is the biggest drawback about being an owner?

There are no drawbacks in our syndicate. We all know each other and get on very well and have a great relationship with our trainer who is also involved in the syndicate.

If there is a drawback, it’s is the worry about the wellbeing of your horse before, during and after the race, but I suppose that all leads up to and fuels the tension before the race and excitement after it.

We have visited quite a few racecourses over the past five years and they all do their best to look after the owners.

We’ve never had a criticism of any of them nor the HRI contacts when I am looking to extend/purchase or look for tickets.

One racecourse that stands out for us is Killarney. The setting is out of this world, and it always adds to the occasion when we go there, and the people are real lovers of the sport.

Flat or the jumps, which do you prefer?

Jump racing is for us, it’s the game we are in and where we will stay as long as we are in this game. Whether it’s hurdles or fences they add to the thrills and spills of racing. Of course, nobody wants to see a jockey or horse getting hurt but we Irish love the excitement.

As Dermot was one of the syndicate members and also had a very successful track record, it was a no brainer for us. He’s had great success in training his own horses, and we believed that Dermot had all the qualities needed to get the best out of Molly.

How do you think the current crisis will impact on racing?

Horse racing is in our blood and will never go away. The increasing costs however, will have an impact on the small owners trying to go alone. I feel you will see an increase in the number of syndicates that are on the go.

What can trainers or HRI do to encourage owners to keep horses in training?

We have 12 members in our syndicate. We were given four complimentary cards for entry to the track. With the current cost challenges we face and the need for syndicate owners to progress, we believe it would help if this number was increased.

We went with the blue of the Deise and the green of the countryside because we all either live in or around the foothills of the Comeragh Mountains.

How did your syndicate get its name?

It was very easy as we are all from or live very close to the area of Kilbrien in Co Waterford.

Most of us don’t know a whole lot about horses from the front to the back. We decided to buy Molly only because she was a full-sister to Biddy The Boss.

We were even advised by some so-called experts at the sales to stay away from her as she was too small and light-boned, but we took the chance anyway.

What’s next on the agenda for your horse?

We have her entered in Galway today and if she doesn’t get in, we will look to the next best opportunity in upcoming meetings.

Have you any young horses to look forward to?

No, but we intend to look into the possibly of buying a young horse in the near future.

We are in our infancy in racing. Biddy The Boss was our first and we sold her for breeding.

Invest in putting on races for trainers with a small number of horses and help encourage the smaller owner/trainer.

For us as a syndicate putting it all together was the best decision we ever made. From the build up to race meets, checking in on results, the highs and lows, everyone is talking about Molly Wedger in the area.

We’ve been blessed that the two horses we have been involved in have delivered such success to us and we cannot emphasise how much fun we have had.

Paul Ahearne was in conversation with Olivia Hamilton