Title: THE OWNER - Maria Carrick: 'Shires are placid and keen to please'

Maria Carrick has 23 Shire horses in Lusk, north Co Dublin. She explains her love for the breed 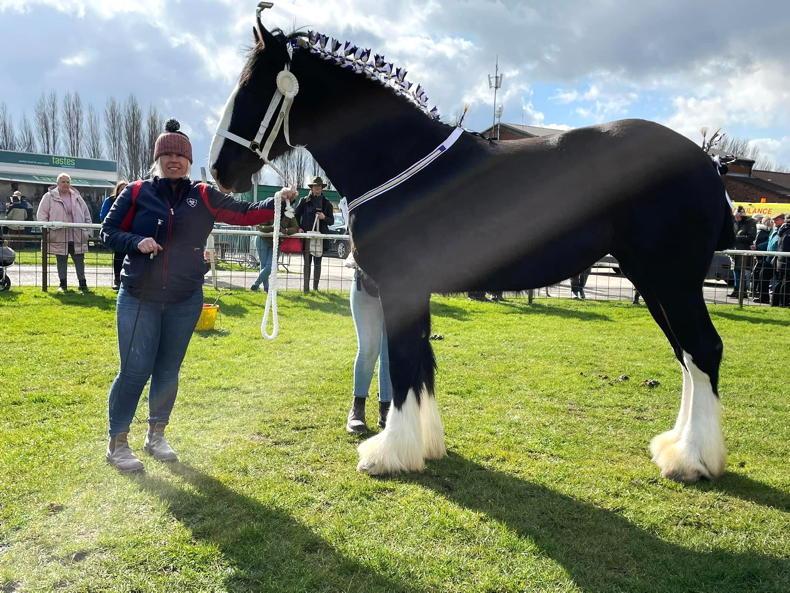 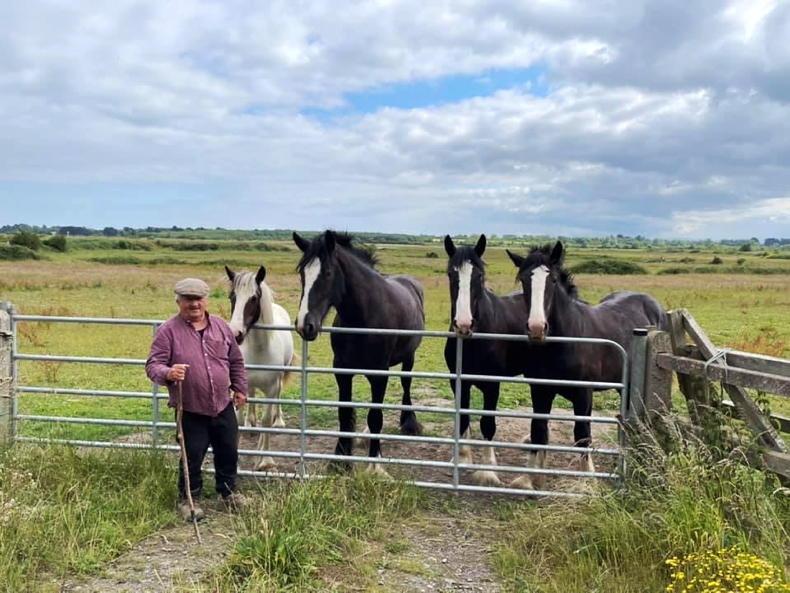 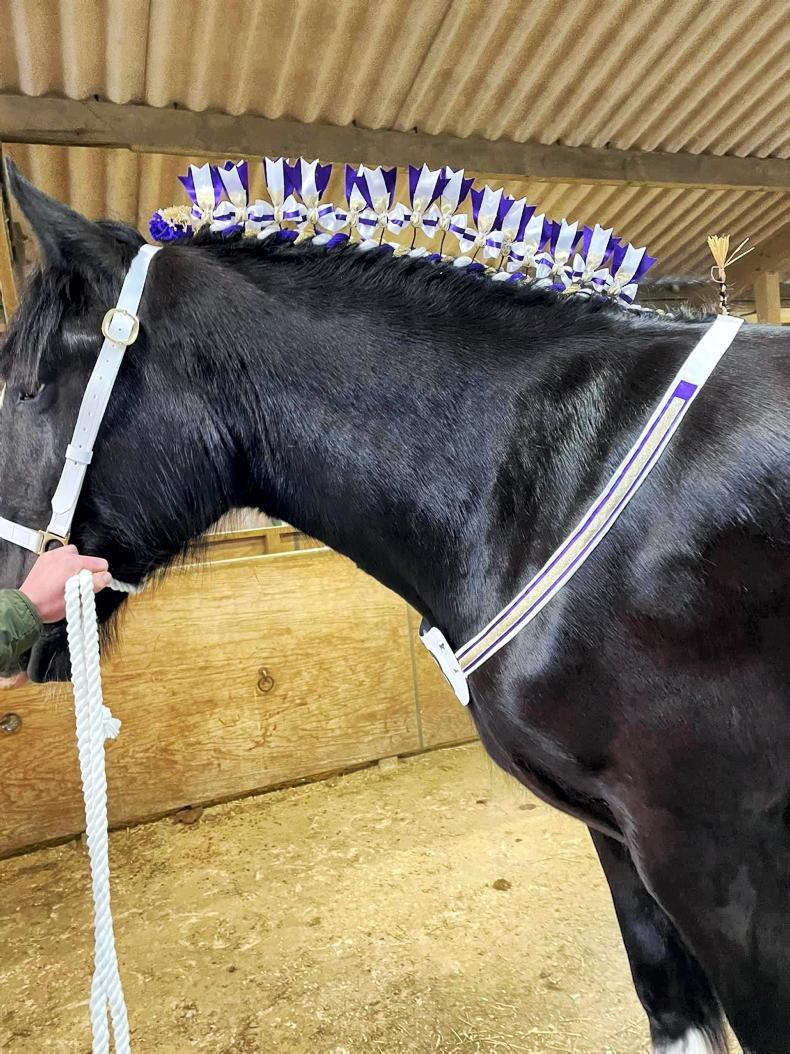 GENTLE giants is an accurate description of the Shire horse, according to Maria Carrick and she should know as she has been breeding from and working with the breed for the past decade at her uncle’s Balleally Farm in Lusk, Co Dublin.

Remarkably, the breed is in danger of extinction, with only a few thousand shire horses left worldwide.

“My background is with riding horses. I rode ponies and progressed to compete at riding club level. I’m the secretary of Cheval Riding Club and am still very involved there,” Maria told The Irish Field about how she got involved in the industry.

“My uncle Stephen bought his first Shire horse in 2010 from a man in Donegal. She was our foundation mare really. She was two years old and her name was Snugborough Lucky Lady.

“A couple of years later the same man had another one for sale and that was the five-year-old Snugborough Penelope who was broken and riding, and after that Snugborough Princess joined the group.

“Those three mares are still with us and they have been fantastic servants for the past 12 years. We keep them as broodmares but they are all handled and worked with from a young age. Some of them are broken to ride but we don’t do that.

“Derek Weldon does that for us. Handles them, puts a mouth on them, gets them used to having a roller on their back all the things to make sure they are not half-wild when we go to work them.”

Shires are a big breed, as Maria explains. “The smallest one we have is 17.2hh and the tallest is 18.2hh. Some are a little narrower than others. We have a 54 inch girth and a full-size head collar does fit them. We don’t have to get modified tack for them, a good wide saddle is fine.” Getting the mares in foal means sending them to a stud in Wales. “When we began breeding them we sourced a stallion in Wales named Trem Y Wyddfa Courage. He is a black stallion with four white legs and a white face, he is 19.2hh.

“Our first mare came back in foal and since then we have been using that same stud, Trem Y Wyddfa Caernarfon, which is on the footsteps to Snowdonia National Park. They have five stallions for use to choose from and we leave the mares there and they come back when they are confirmed in foal by scan.

“Over the years they have bought some foals back from us and we have purchased some new mares so we are mixing the blood around all the time.

“We have sold some fabulous foals over the years which have gone to Co Kerry and Limerick. One pair in particular went to a man on the Limerick/Tipperary border and he uses them for carriage driving.

“We generally sell the colts and keep the fillies. We have two colt foals this year and we will advertise them when they are ready to be weaned off. We sell a lot to the UK where they have showing classes for them. At the moment there are no classes in Ireland so we travel to compete.

“Last March we brought one of our two-year-olds, Balleally Diamond Dawn, to the National Shire Horse show in Nottinghamshire. She came ninth in a heavily contested class which we were quite happy with.

“We have about 60 acres as well as a large shed with about five or six acres of paddocks behind it. We bring them in about three weeks before their due date, our vet Conor O’Scanaill is a fantastic help and gives us great advice. Any hour of the day or night he is always there for us.

“We try to leave them out as much as possible and just be on hand in case of any complications. This year we had six foals; two colts and four fillies. Everything went well, thank God, though we had a lot go overdue this year… it was off the scale, 14 or 16 days, we had one that was almost a month over. It was very strange.

“At the moment we have 23 in total: 15 mares, six foals and two yearlings. We’ll keep the yearling filly and sell the colt, he was a little slower to get going so we held on to him but he’s doing great now.

“The yearlings are about 15.2hh so they have been handled already; their feet have been done, they have been loaded into a trailer - all the things that make them easier to work with. When they are three years, they will all get used to the bridle, the roller and side reins.

“I love working with the Shires. Despite their size, there is not a bad bone in their bodies,” concluded Maria.