Brothers Patrick and Scott Bryceland hope their mare, Magical Zoe, can be the one to win Jack de Bromhead's Cheltenham race for the trainer and his family 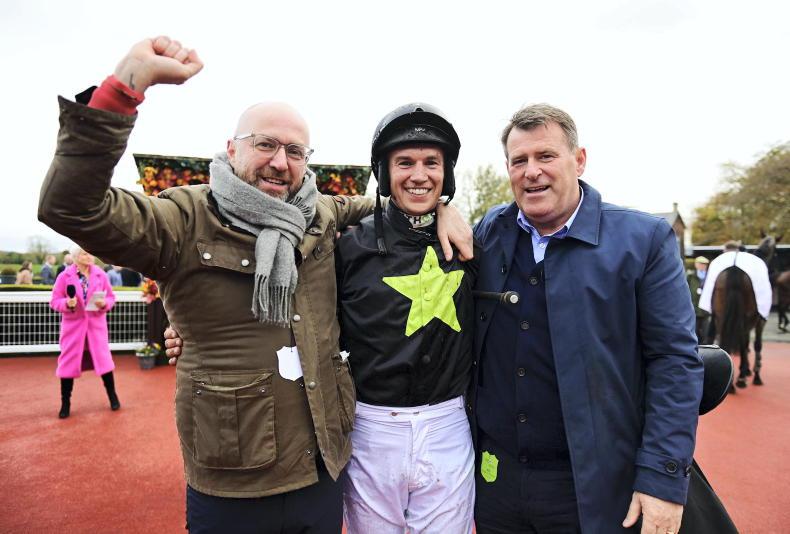 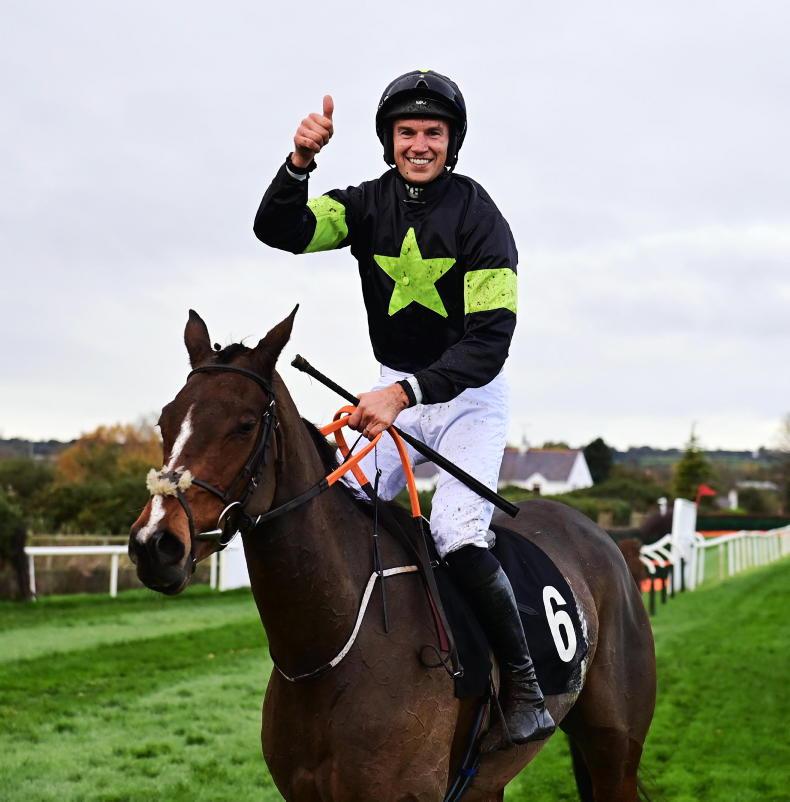 We bought our first horse in May 2016, Angel Of Harlem, a daughter of Presenting who came from a lovely family of winners.

Angel Of Harlem was in training with Olly Murphy and won five races for us. She even managed to pick up some blacktype along the way.

We retired her for breeding purposes at the age of seven and, after throwing the kitchen sink at it, we’ve never been able to get her in foal after a covering.

She is now based down in Cork and is thoroughly enjoying her retirement at Adrian Heskin’s family stud.

It has to be Magical Zoe winning the Feathered Lady Mares Novice Hurdle (Grade 3) at Down Royal the first weekend of November.

It was a huge step up from her maiden hurdle win at Wexford in September, but, more importantly, the win at Down Royal was so special for us because it was for Heather, Henry, Mia and Georgia (the de Bromhead family).

Her Wexford win was extremely exciting but that excitement rapidly transformed into a feeling of despair. Within a couple of hours after her win, we received news of the terrible tragedy that had happened to the de Bromhead family.

If the stars align, then Magical Zoe or another one of the de Bromhead-trained mares will win the Jack de Bromhead Mares’ Novice Hurdle at Cheltenham in March 2023.

Naming the race in memory of Jack de Bromhead is a wondeful gesture from Michael O’Leary.

We haven’t been to that many in Ireland but we were blown away by the hospitality we were shown at Navan recently.

Aidan McGarry, the general manager of Navan, and Eddie Moran, their owners and trainers liason manager, both went out of their way to meet us and to personally thank us for travelling over and for running our horse there.

That day we were running Three Card Brag, who we part-own with the McNeill family, and we were honestly treated like VIPs from the moment we arrived. The lunch they provided was absolutely fantastic and we seriously can’t wait to go back.

We were also treated very well by the good people at Down Royal after Magical Zoe’s win. We will never forget the kindness they showed to us. It’s a fabulous place. A proper National Hunt racecourse with great facilities, wonderful racing and punters who know and love the sport.

Oh, jump racing by far. However, that’s not to say we don’t like the flat. Going racing in the summer months is great.

We have a few on the flat that we’re involved with, all in training with Ralph Beckett.

We had a runner at Royal Ascot in 2018 with James Watt in the Windsor Castle Stakes. It was so memorable and that experience will live with me for a long time.

My brother Scott and I are huge fans of the jumps. We always have been.

Going to Cheltenham every year is a pilgrimage and to go there with runners is simply living the dream!

The atmosphere and the people involved with jump racing are very different.

Trainers who have a proven track record and that have the health and welfare of the horses at the forefront of their regimes.

How do you think the current crisis will impact on racing in general and on ownership in particular?

No doubt the current cost of living crisis across all countries will have a serious impact on sport as a whole.

Their top priority, if possible, should be keeping the same level of prize money.

They need to ensure that owners, trainers, jockeys, stable staff and all associated staff retain their interest and can continue making a living from the sport.

Our colours of black and green are the same colours as our company branding.

When buying a horse, what do you look for?

We always look for young horses and have been very successful in buying from the fantastic Monbeg Operation. Sean and the team there are outstanding.

It’s very obvious to see why they have such success with the amazing facilities and team that they have behind them.

The following horses are all part-owned with the McNeill family: Three Card Brag and Where It All Began (Gordon Elliott), Champagnesuperover and Restandbethankful (Olly Murphy), Pleasant Man (Paul Nicholls) and Spartan Army (Alan King).

We also have five unnamed syndicate horses on the flat with Ralph Beckett.

What’s next on the agenda for your horses?

Magical Zoe is likely to head straight to the Cheltenham Festival in March. If all goes right, then we’ll be going for the Jack de Bromhead Mares’ Novice Hurdle and it would be truly magical if we could win that race for the family.

Three Card Brag will most likely be back in Ireland in December and hopefully ready to step up in grade and trip.

Spartan Army won well on debut for us at Wetherby last week. He’s trained by Alan King and is a hugely exciting juvenile prospect. Kempton at Christmas is hopefully his next target.

Pleasant Man is due to run in the next couple of weeks.

Angel Of Harlem is the only horse that we’ve kept after racing and she’s enjoying a very happy retirement in Cork.

More smaller trainers having the chance of running/winning at the major festivals and more people getting into syndicates.

Buy with a friend or in a small syndicate. That way you share the cost, you’ll have many great days out together and no doubt you’ll make some wonderful memories along the way.

Patrick and Scott Bryceland were in conversation with Sophie Mellett.