Title: THE WEEK THAT WAS: Lux like a wide open Derby

Luxembourg ran a fine Derby trial in the 2000 Guineas but who will be his main challengers? 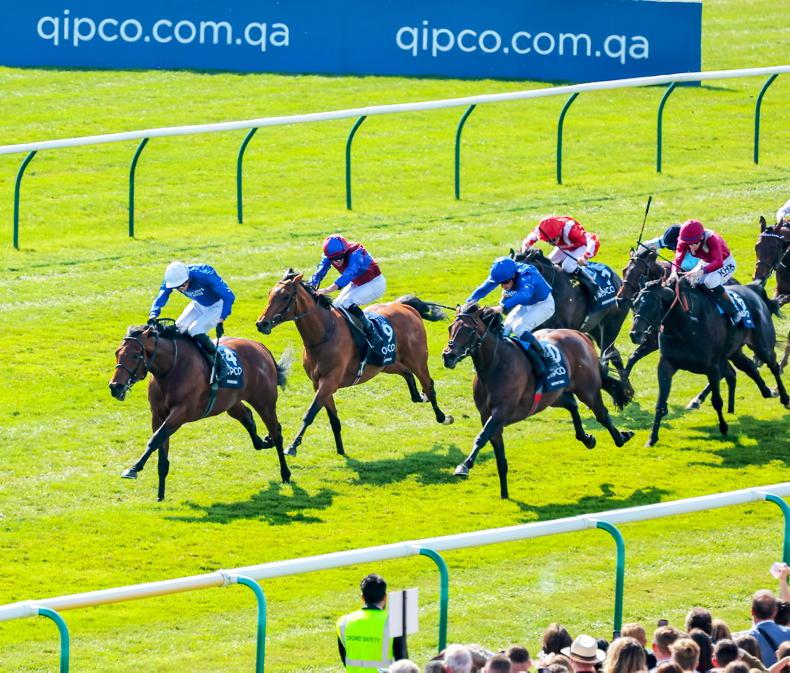 IT’S that time of year again when the Derby trials come thick and fast. This week we had Chester, today Lingfield, tomorrow Leopardstown and next week on to York.

Of course we are often reminded that the 2000 Guineas is the best Derby trial.It’s easy to see why, we are dealing with horses who have more proven quality.

The question this week was which horse had the class combined with the attitude.

Looking at the draw in races over a mile and less, with the stalls in the centre of the Rowley Mile last week, the winners all came from the far side low numbers. Those numbers showed a massive advantage so that must be taken into account. Fri: 2,5,1,4,1 Sat: 1,4,1,1,3,6. Sun: 2,3,1

It had appeared that in running in the Guineas, Luxembourg struggled to go the early pace and when he made his challenge, he could find little extra as Coroebus’ better turn of foot took him to the lead.

On second glance, the reason for the colt being scrubbed along early was revealed as a stumble shortly after the start that put him on the back foot. The only question then was the head carriage, which did seem a little high to leave a question mark.

Camelot’s Pink Dogwood and Sir Dragonet fell short while English King was a big disappointment two years ago. The injury scare to Luxembourg yesteday must put his participation in great doubt.

With a scarcity of legitimate challengers in the Derby markets, I’d almost be tempted, if I was Godolphin, to let one of the Guineas one-two take a chance. Perhaps Native Trail’s run style would suit more even if he is a son of Oasis Dream. Midday, by that sire, was only beaten a head over the mile and a half at Epsom.

Coroebus could do the Irish Guineas and the St James’s Palace as Poetic Flare did last year, while horses like Roaring Lion showed no ill effects to giving the Derby a go, even if they did not stay.

New London and Reach For The Moon also came off the Derby trail for different reasons. Changingoftheguard is in the ‘did nothing wrong’ category. Buckaroo and Westover are still at appealing prices and perhaps there are a few more worthy challengers to step forth over the next week. They probably need to as the race needs something to ignite the anticipation.

Kerry for Sam, Donegal for the Derby?

THE Kentucky Derby, in contrast to Epsom, never fails to be an intrigue race with winners likely to come from so many different routes.

This year, Japan could make another huge global step forward with the Dubai winner Crown Pride.

The likely front runner Summer Is Tomorrow has Irish connections but perhaps Jerry Crawford’s Donegal Racing will hit the big one this year with the tough Wood Memorial winner Mo Donegal.