Title: TIME WILL TELL: Threeunderthrufive much better than par standard 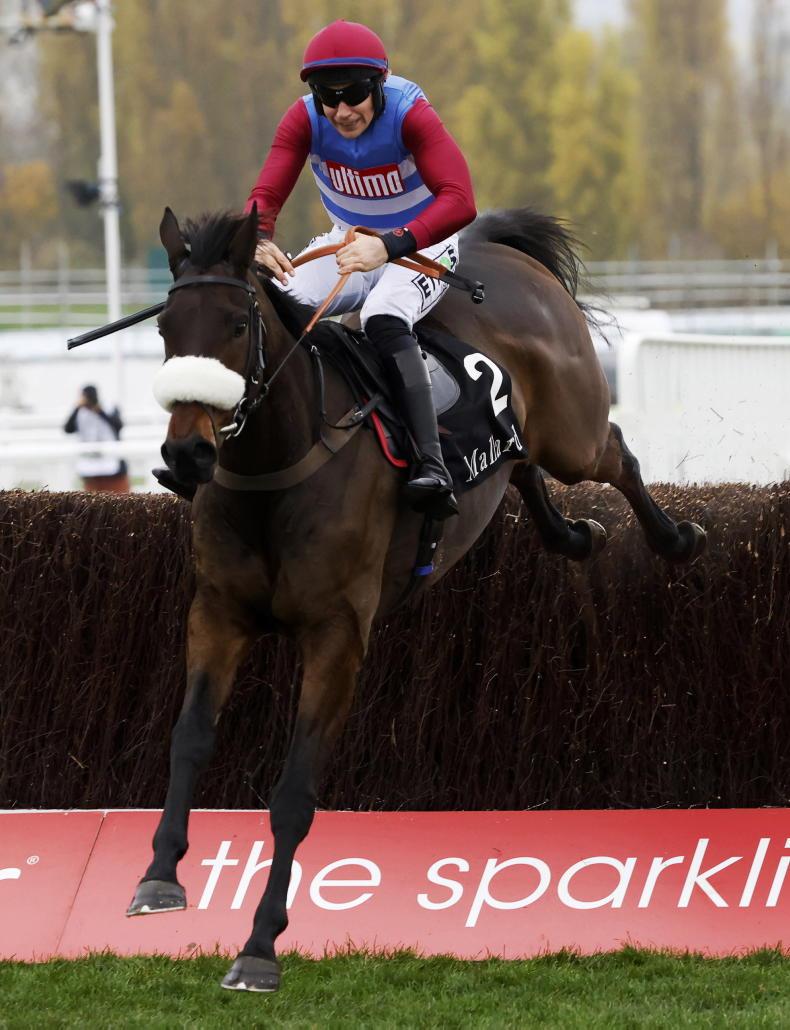 Threeunderthrufive much better than par

SUNDAY at Prestbury Park saw team Skelton in double form as the brothers landed the feature Shloer Chase with Nube Negra before Dan produced West Cork off an absence of 631 days to win the competitive Greatwood Handicap Hurdle.

Nube Negra (151) produced his trademark turn of foot after jumping the second last fence to put former Champion Chaser Politologue and the current titleholder Put The Kettle On firmly in their place on the day. The overall race time was slightly below standard for the grade although the seven-year-old’s closing sectional from the fourth last was by far the fastest of the day as he stopped the clock at 89.8 seconds.

The pick of the overall race times was surprisingly the opening novice chase despite their being just four runners.

Adrian Heskin looked equally content to make his own running aboard Threeunderthrufive (148) as he did sit upsides Undersupervision before his departure, the six-year-old jumping accurately at what looked a reasonable pace to the eye.

A split-screen comparison against both Yala Enki (135) and Nube Negra confirmed this view as the Paul Nicholls-trained veteran was keeping pace with Politologue from early on the final circuit at a pace around 23 lengths faster than stablemate Yala Enki to the fourth last.

The son of Shantou would have been forgiven for a slow closing effort off the strong gallop, so a closing sectional of 90.8 seconds adds further credence to the performance of a rapidly improving novice chaser.

My estimation based on the video view was he would have finished alongside Politologue and furthermore Does He Know (91.2) would have been in a similar position relevant to Put The Kettle On.The Ditcheat gelding is quoted at 16/1 chance for the National Hunt Chase with a few in front of him in the market courtesy of their better placing in the Albert Bartlett Hurdle.

Paul Nicholls’s gelding will be better suited by the more turning nature of the Old Course which demands tactical speed as well as being a test of stamina.

It would be remiss of me not to mention Oscar Elite as he was travelling equally as well as the winner when coming down three fences from home. With the Tizzard team in such good form this season he could well climb the novice chase ranks given how he improved last year despite his yard enduring a wretched run of form.

Yala Enki would have been around 35 lengths adrift of Nube Negra with his closing sectional of 93.0 seconds depicting a fine tactical ride by Bryony Frost.

The Greatwood Hurdle official race time portrays the superiority of the race over the Grade 2 novice hurdle won by I Like To Move It (128). The final circuit time reflects the dominance as West Cork (148) would have crossed the line 40 lengths in front of Nigel Twiston-Davies’s novice winner.

A large difference in an overall time usually results in the opposite closing sectionals, however on this occasion the finishing speed was also with West Cork who posted 92.1 seconds from the fourth last which was 0.1 seconds faster than I Like To Move It. Adagio (147) was the fastest finisher of the Greatwood field stopping the clock at 92 seconds while the front-running No Ordinary Joe (145) deserves credit for a finishing effort of 93.0 seconds.