John O'Riordan makes his selections for Tramore on Sunday 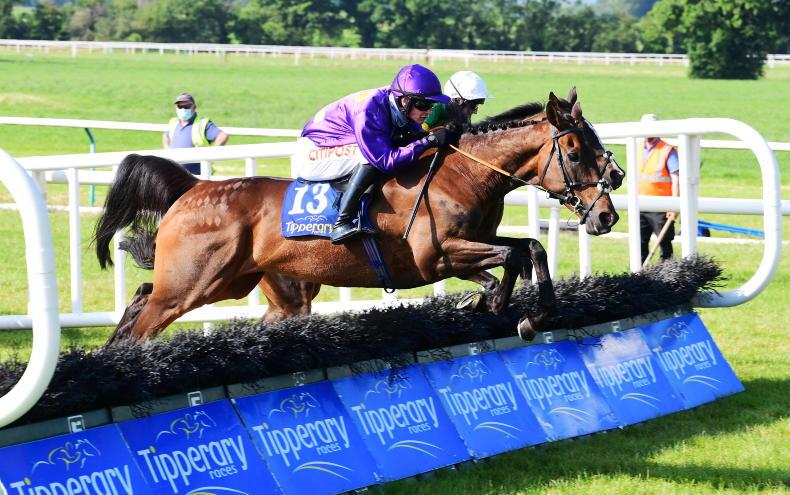 Dixie Flyer looks to have been found an ideal opportunity to get off the mark over flights. A former bumper winner, the Henry de Bromhead trained gelding has plenty jumping experience, including in handicap company. His prominent racing style is well suited to the demands of this tight track and his overall form is just about the best on offer in the context of this race.

Old Bill Barley has to be respected given connections. He also won his bumper and shaped with plenty of promise on his hurdling debut last time. However, having hung left at Kilbeggan on his first run over flights, there must be a slight concern he could do likewise here.

Morepowertoya is worth another chance despite disappointing at Killarney on his most recent start. The locally trained gelding had easily landed his maiden hurdle over this course and distance on his previous outing.

A lightly raced individual having had just the six runs, he remains open to improvement in handicap class. It would be no surprise to see the Paul Power-trained four-year-old leave his latest form well behind.

Bite That has dropped a long way in the ratings of late but showed more at Limerick recently. Trainer Pat Flynn loves nothing better than having winners at this meeting, so the son of Milan shouldn’t be discounted.

Next best: Bite That

The Grey Monty may be able to step up on a highly encouraging run over 2m 2f at Sligo last time. The John McConnell-trained mare stayed on strongly from two furlongs out, in the manner of a horse who would appreciate stepping back up in distance.

A former point-to-point winner, the daughter of Montmartre had previously finished third over three miles at Wexford.

Walk On The Moone stopped very quickly at Kilbeggan last time but that almost certainly wasn’t her true running. She went close on her hurdling debut at Limerick the time before, having won a bumper on her racecourse debut. If back to full health, the Willie Mullins-trained mare won’t be far away.

Next best: Walk On The Moone

Golden Sandbanks can follow up his recent Limerick victory over hurdles, by making a winning debut over fences. Paul Flynn looks to have found a good spot for the son of Havana Gold to get off the mark at the first time of asking.

The form of that aforementioned Limerick race received a nice boost here on Thursday night when the runner-up easily went one better in a handicap hurdle.

Mater Matuta was an easy winner over fences over this course and distance in June, before a slightly below par run last time. The mare clearly has an affinity for this track, so has to be considered.

Sit Down Lucy can make a winning chasing debut for the in-form Peter Fahey yard. One of four winners for the trainer at the recent Galway Festival, the mare had been running well in graded handicaps over hurdles earlier in the year.

Although yet to jump a fence in public, the daughter of Doyen is sure to be well schooled ahead of this opening assignment.

Raven Rule is interesting, having run very well on the flat here on Thursday night. A former bumper winner at this venue, she may well have been targeted at this particular race for some time.

Smitty Bacall should be well primed for this race at his local track. A staying-on fourth over hurdles at Killarney last time was promising and the John Flavin-trained gelding is rated 6lb lower back over fences.

A bumper winner at this course in his youth, the he seldom runs a bad race here. Having just his third start for the yard, a big run has to be on the cards.

Young Fitzy (due to run on Friday) has won his last two starts at the track, so has to be a serious contender under Jack Foley. He steps up in trip here but has already proven his stamina in point-to-points.

Katie Tay catches the eye on her first start for trainer Willie Mullins. A close fourth on her racecourse debut at Naas in March, she subsequently ran down the field at the Punchestown Festival.

Absent since April, the daughter of Presenting has been given time to settle into new surroundings. Connections look to have found a good opportunity here in a race that won’t take much winning.

Kilbarry Lilac boasts a similar profile to the selection, in that she went close on her debut, before slightly disappointing next time. With that initial run coming at this track, the Con O’Keeffe-trained mare has at least proven her ability to act around here.