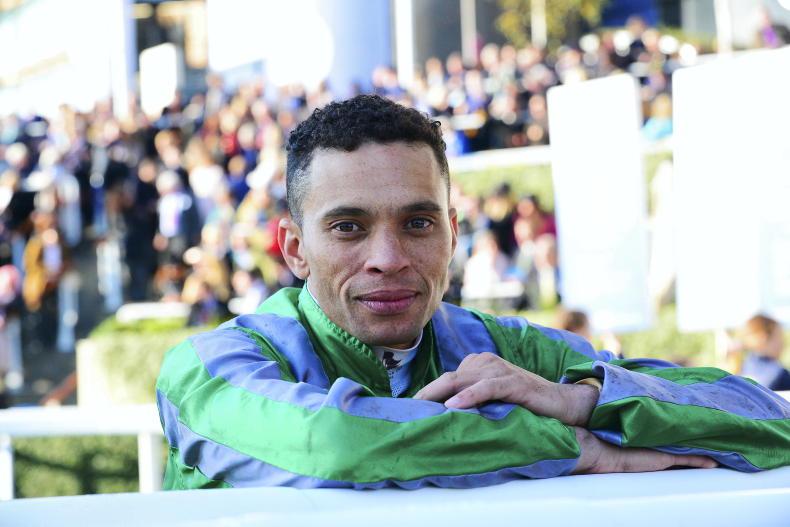 Richard Hannon’s Aristia caused a shock in the Darley Prix Jean Romanet at Deauville on Sunday, as Melbourne Cup winner Verry Elleegant failed to fire on her French debut.

Second at odds of 40/1 behind Nashwa in the Nassau Stakes at Goodwood last month, the daughter of Starspangledbanner showed plenty of heart in the hands of Sean Levey to prove that effort on the Sussex Downs was no fluke in her trip to the Normandy track.

Always at the head of affairs alongside Paddy Twomey’s Rosscarbery, it was the raiding pair that stayed there all the way to the line, with Hannon’s game filly sticking her head down to hold on for Group 1 glory by a neck.

Verry Elleegant, sent to Francis-Henri Graffard ahead of a possible Prix de l’Arc de Triomphe bid, was held up at the back of the pack in the early stages by Frankie Dettori, but the Italian was working away on the 11-time Group 1 winner as the field swung for home and the duo were never a factor at the business end of the race, coming home last of the seven runners.

A delighted Hannon was quick to pay tribute to Levey.

“Sean has given her a lovely ride and it was his idea to make the running,” he said. “Our last five Group 1 winners, he has ridden them. It is great for him – he is a very good jockey.”

He went on: “She is a very good filly and it was a very good run last time. She was bought by Ross (Doyle) and Will Edmeades (advisor to owner Elizabeth ‘Bunny’ Roberts) at Book 2 of the Tattersalls October Yearling Sale (for 85,000gns).

“She is an extremely good filly and Bunny is a great supporter of ours – and she deserves it. It is a great day for everybody.

“She can run to 120 and looks so much better now. She took a long time to come in her coat and she thoroughly deserves this day, as do Bunny and Will Edmeades.

“She is a genuine filly. Jamie Magee (Wiltshire pre-trainer) had her for a period over the winter and he has done an excellent job and deserves a mention.”

Further top-level engagements are on the radar for Aristia.

Hannon added: “There is the race on Arc day (Prix de l’Opera), one on Champions Day, but today was her day.

“What we do next we will kind of sit and think about over the next week or so.”

There was further UK-trained success on the card when Sea La Rosa followed up her Goodwood victory in the Lillie Langtry Stakes by taking the Darley Prix de Pomone.

William Haggas’ filly tracked the Ryan Moore-ridden Glenartney in the early stages of the Group 2 contest and there was a brief moment of worry as Moore upped the ante in the home straight.

But Tom Marquand got the stamina-laden four-year-old rolling as the race entered the closing stages and she was able to hold on from Andre Fabre’s fast-finishing Love Child.