My Sister Sarah produced a faultless display in the hands of Nico de Boinville to land the feature on the Kempton card, the five-runner Listed Racing TV Mares’ Hurdle Race 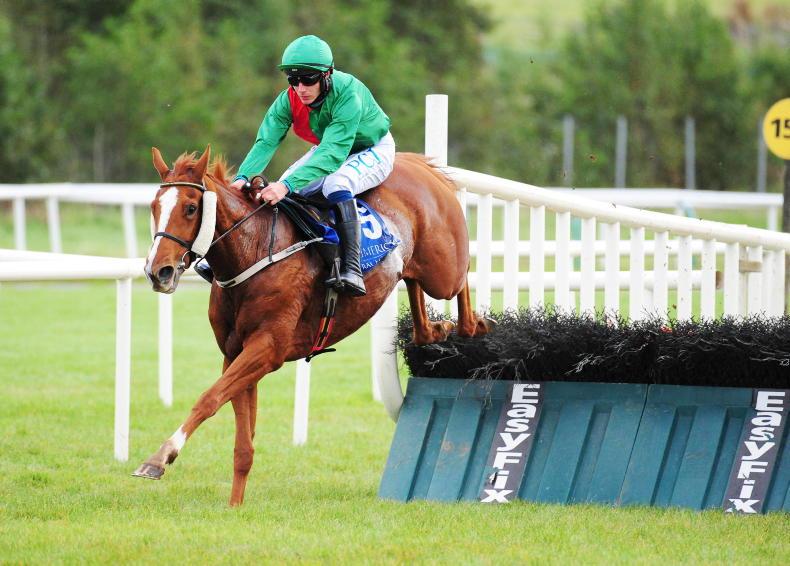 My Sister Sarah could target Leopardstown at Christmas next \ Healy Racing

IT is rare for Willie Mullins to send a runner from Ireland to the British mainland on a Monday, much less to Kempton Park.

So punters duly noted My Sister Sarah, who produced a faultless display in the hands of Nico de Boinville to land the feature on the card, the five-runner Listed Racing TV Mares’ Hurdle Race.

My Sister Sarah produces a classy performance in the Listed @RacingTV Mares' Hurdle, coasting clear for a very easy victory in the hands of @NdeBoinville for trainer @WillieMullinsNH and Barnane Stud?? pic.twitter.com/uB184LXsrU

The 10/11 favourite was much too good, sealing the deal with a superb leap at the last to score by seven lengths from Dragon Bones (6\4) after taking it up approaching the penultimate fence.

Tenth in the Irish Cesarewitch last time, the seven-year-old relished the dry conditions.

“She gained her confidence throughout the race. She was a slightly classier horse,” said the winning rider.

Mullins added from his Closutton base: “We’ll try to keep her to mares’ races over that kind of trip and perhaps we’ll look to Leopardstown at Christmas next while keeping an eye on the English programme as well.

“I’d imagine the Mares’ Hurdle (at Cheltenham) will be her main target in the spring at this stage.”

Fergal O’Brien is in fine form and the yard had a four-timer on the day, including a Kempton double with Gortroe Joe and Timberman, both ridden by 3lb claimer Liam Harrison.

Gortroe Joe (11\4) put a frustrating run of near misses behind him when landing the racingtv.com Handicap Chase.

Patient tactics appeared to work, although Harrison needed to wake the nine-year-old up with a circuit to run. Gortroe Joe eventually warmed to the task and the partnership were in command at the final fence, with a decent leap helping secure an 11-length success from Broken Quest.

Harrison said: “He was a bit cold on me today and usually he is very enthusiastic, but they went off a very good gallop and the lack of jumping wouldn’t have helped him.

“They went a very good gallop and he went to sleep on me a little bit and I had to give him a wake-up call. He is a joy to ride and he wears his heart on his sleeve every time.”

The pace was strong in the two-mile heat and the field were well strung out at the end, with the winner having five lengths to spare over Paso Doble.

Harrison said: “Fergal has had a four-timer and that tells you all you need to know – he is a fantastic trainer and I am lucky to be riding for him.

“We went a very good gallop and Donald McCain’s horse (See The Sea) has been tearing up track records, and a race run like that suited him as he was able to pick up the pieces. I was impressed. He wasn’t stopping at the line.

“He is maybe quirky and needs things to fall his way, but Fergus Gregory gave him a lovely ride at Cheltenham last time to set him up for today.”

The Ben Pauling yard is in good form and Not At Present added to the haul when taking the Wise Betting @racingtv.com Handicap Hurdle in the hands of 5lb claimer Luca Morgan.

The 9\2 chance’s three-quarters-of-a-length success from Vaziani was his third success in four starts and Pauling is hopeful the six-year-old will soon go chasing.

He said: “I keep threatening to go chasing with him. He doesn’t really respect the hurdles. He will be a better chaser. He has been busy enough now and at some point he will have to have a break and come back in the spring.

“This was the plan. I suppose we may try to find somewhere a bit better. He is not short of speed, but I’m not sure he will get in something like the Lanzarote Hurdle.”

Call Of The Wild (1\3 favourite) showed plenty of guts to get the better of Petrossian in the three-runner EBF Stallions ‘National Hunt’ Novices’ Hurdle in the hands of Tom Cannon.

The only four-year-old in the field, he was forced to make the running and despite being headed over the last, stayed on nicely to break his hurdling duck at the second attempt.

None of the trio wanted to make the running and they took an age to get into a canter, and while far from fluent at a couple of hurdles, Call Of The Wild made the best of his way home to score by two and a quarter lengths.

Cannon said: “Before the race I was hoping the (Paul) Nicholls horse (Petrossian) would make the running, but I spoke to Harry (Cobden) and it wasn’t, and then I thought Tom Scudamore and Hartnoll Hero might go on, but he wasn’t, either.

“We had a bit of experience, and he was actually fine making the running in front. He got the job done at the end of the day and hopefully he can go on for that.”

There was more drama in the other three-runner race on the card, the Racing TV Novices’ Steeple Chase, when Sebastopol and jockey Aidan Coleman, who was upsides at the last, suffered a crashing fall. Fortunately, both eventually got to their feet.

The Dan Skelton-trained Rockstar Ronnie (13\8 joint-favourite) and jockey Bridget Andrews were the beneficiaries, going on to beat Atholl Street by 13 lengths.

Andrews said: “No one likes to see that, but we got lucky. It was a shame that a few fences were taken out because of the shadows as jumping is an asset to him, but he jumped fantastic.

“He was not as fresh today. We know we need to give him a bit longer between runs, but he is a brilliant jumper and needs quick ground. He may have a little break now when the rain comes.” 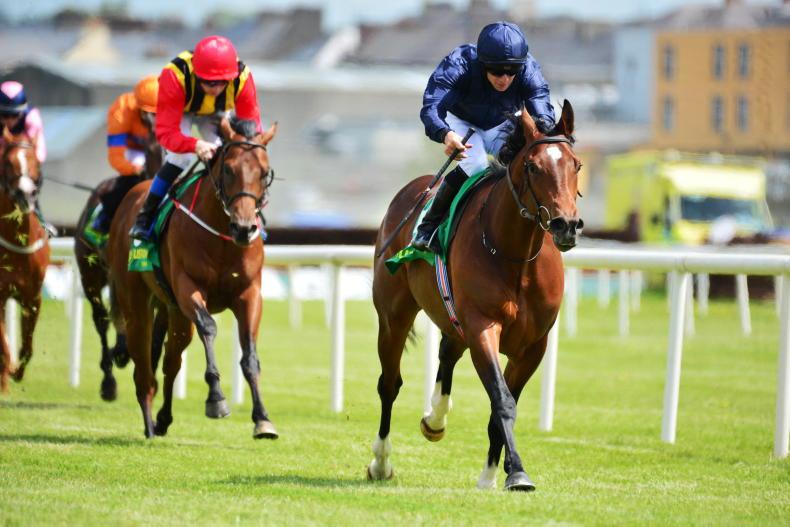 LISTOWEL SUNDAY: The Acropolis in stylish success
Wayne Lordan rode a hat-trick which took in two winners for Aidan O’Brien 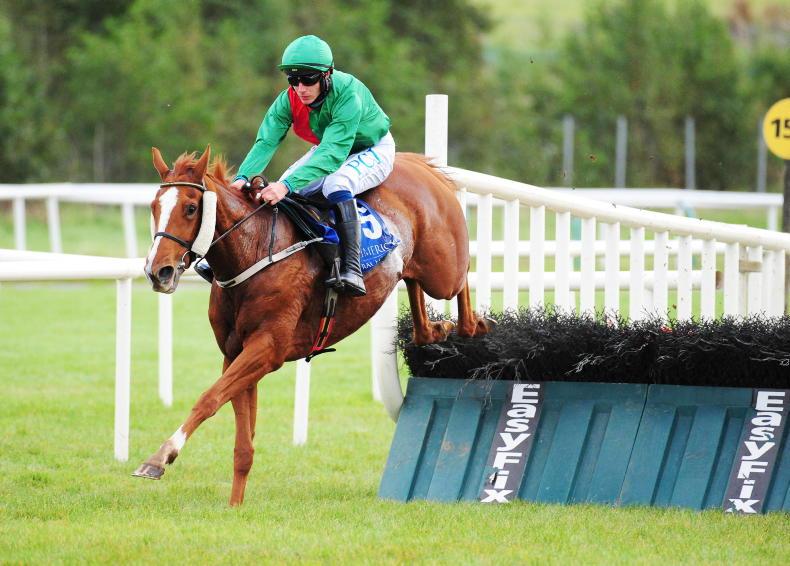 LISTOWEL SUNDAY: My Sister Sarah to see out trip
John O'Riordan makes his selections on the Listowel card