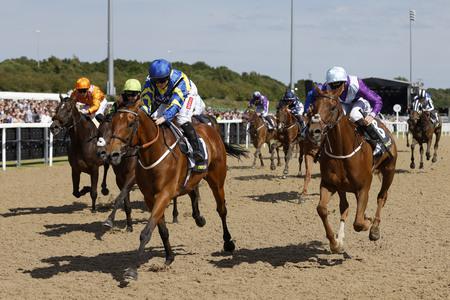 Trueshan put up a remarkable display under top weight to win the Jenningsbet Northumberland Plate Handicap at Newcastle on Saturday.

Alan King’s Group 1 winner was carrying 10st 8lb and while he was the class act in the field, he was giving upwards of 19lb to his rivals.

Money came pouring in for Trueshan just before the off and he was sent off the 3/1 favourite under Hollie Doyle, despite him only running having been a late absentee from two races at Royal Ascot due to quick ground.

Doyle was niggling away over half a mile out to hold her position and as the runners fanned across the track, he looked booked for a place at best as Spirit Mixer was sent for home.

Trueshan knuckled down in the manner of the class act he is though, winning by half a length from Spirit Mixer with Solent Gateway third and Rajinsky fourth.

Doyle, who claimed her first classic success aboard Nashwa in the French Oaks last weekend, said: “It’s been a good few months, or years I could say. I can’t complain how things are going but I’m pretty greedy, once I get a taste of success I want more and more. I’ll do all I can to keep it going. Long may it continue.”

Of Trueshan, she added: “That was unreal. But I had to give him a squeeze and I don’t usually have to do that. He’s never had to battle hard to win a race, he’s always won so easily. But he got into that battle and it was the first time I’ve ever seen it from him, but his ears pinned back and he really knuckled down. He was not getting beaten.”

Trueshan finished sixth under a big weight in last year’s Northumberland Plate before going on to win the Goodwood Cup, the Prix du Cadran and the Long Distance Cup on Champions Day at Ascot.

Part-owner Alan Marsh will be doing a rain dance to allow the six-year-old to defend his Goodwood crown on July 26th.

He said: “It was an extraordinary win. Hollie told us exactly how she was going to ride him and she did it. We just tell her to get on with it and she does it. She knows the horse very well. All credit to her.

“I didn’t think he would win, of course not. It’s well documented we were running because we couldn’t run at Ascot, we are aiming for the Goodwood Cup and we needed a run. This was the safest place to run.

“I only decided to come at 3pm yesterday and I got to Kings Cross and found there was a train. I’m the only one of the four owners here. It’s a delight. Thank goodness they can’t put us up for the Goodwood Cup!”

Rory Delargy
BRITAIN: Kyprios conquers in a race for the ages
Kyprios, sent off the 6/4 favourite, was given a copybook ride by Moore, tracking the front-running Thunderous before edging ahead early in the straight. 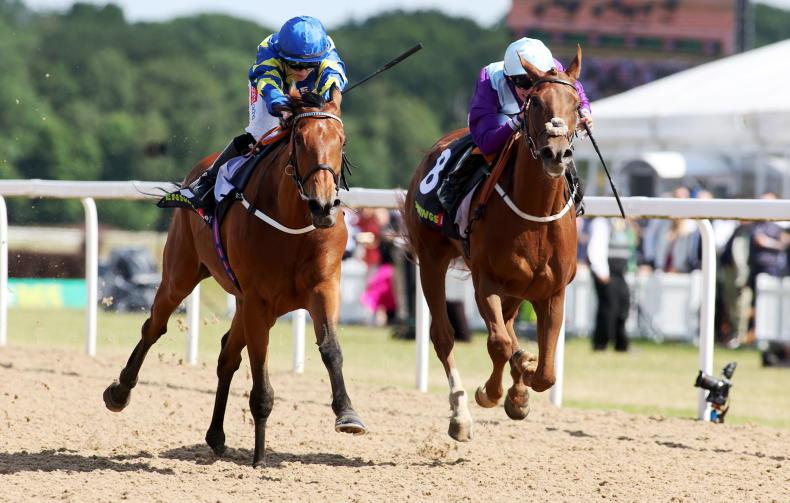 Rory Delargy
BRITAIN: Trueshan is Gladness all over
To put Trueshan’s performance in its proper context, it remains the performance of a top-class stayer