Title: VIEW FROM ABOVE: Winged Love progeny flying the flag 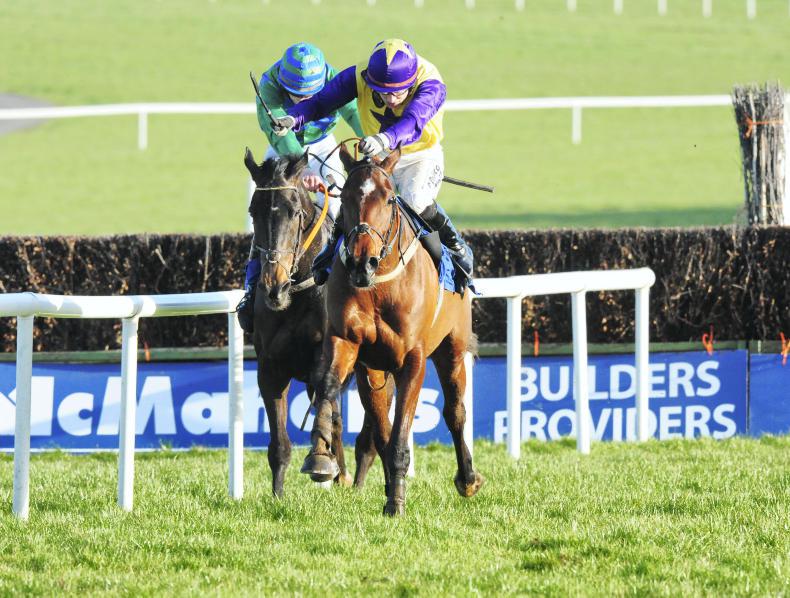 FOLLOWING on from the success of his son Ravenhill in the Grade 2 National Hunt Chase at Cheltenham, the deceased Winged Love has sired a few more winners, starting on Sunday at Limerick where, following a stewards’ enquiry, Enduring Love was awarded the extended three-mile handicap chase.

Trained by Philip Rothwell for Co Down’s John Leckey, eight-year-old Enduring Love, who was winning for the second time over fences, was bred by Katesbridge trainer Jerry Cosgrave. He is the second of eight foals out of the unraced Exit To Nowhere mare Strong Lady, a half-sister to Aranleigh (by Insan) who won five times and was third in the 2007 running of the Grade 1 Weatherbys Champion Bumper at Cheltenham.