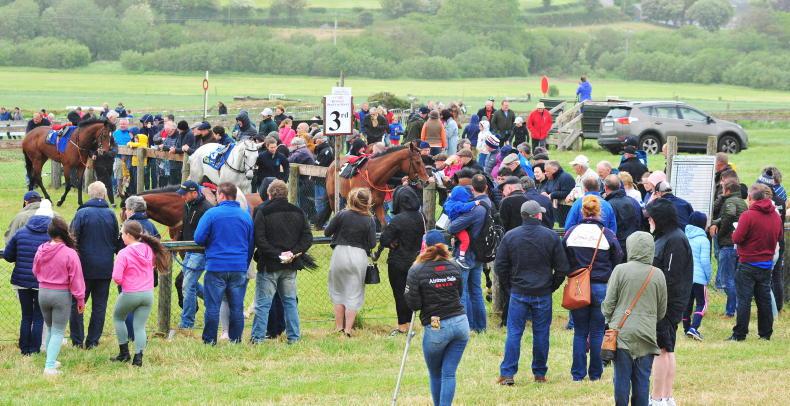 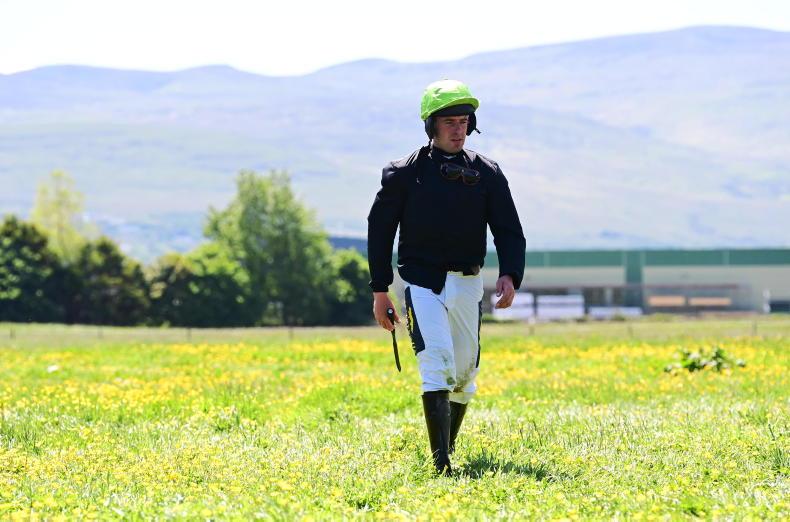 TYPICALLY it has been this weekend’s June bank holiday that has been the traditional curtain call for the point-to-point season.

This year however, the only point-to-point related racing across the holiday weekend will be in Listowel on Monday with the final hunter chase of the season, after the stewards of the Irish National Hunt Steeplechase Committee (INHSC) controversially elected to shorten the season to ensure it finishes within the month of May.

The consequence of this was the cancellation of the two-day Kinsale meeting, one of the marquee fixtures of the season and a staple of the June bank holiday weekend, in what Davy Russell has described on social media as an ‘absolute disgrace’.

When the news of the dispute between the Kinsale committee and the INHSC first broke in The Irish Field back in April, a spokesperson for the INHSC was quoted as saying: “The stewards decided last autumn that the totality of the season was too long and it should finish at the end of May….you cannot stretch the season beyond its capabilities.”

The entry for what has become the final fixture of this season would seem to contradict this viewpoint in no uncertain terms.

A total of 200 horses were entered at Tralee last Sunday, the second largest entry of the entire season, and a number of handlers have pointed to this as highlighting the significant demand from within the horse population which Kinsale would have been able to service had the season continued for a further week to its traditional conclusion this weekend.

As one of the crown jewels of the season, it has to be hoped that a solution can be found for next season to allow Kinsale return to the calendar next year.

THAT entry for Tralee has been one of a number of fixtures to return an increased entry as part of a positive trend for hunt committees in this regard throughout the season.

A total of 11,524 entries were made this season, which marks an increase in the overall number of entries compared to the last full season from three years earlier, despite a fewer number of fixtures taking place during the 2021/22 campaign.

The increase to the average entry which follows from that has jumped significantly to the 120 mark, with the 2019 equivalent of 108 having represented a five-year high at the time.

This season, a total of 64 fixtures received 100 or more entries, with that spread of fixtures key.

The relatively dry second half of the spring term has undoubtedly played a part in this with handlers rolling over their entries from one week to the next in search of their preferred conditions.

To this effect, the multiple entries that the sport’s largest handlers make for their horses each week has grown to become a not insignificant source of income for committees.

The champion handler Colin Bowe alone made a total of 898 entries this season, single headedly injecting over €50,000 in entry fees into the sport.

Hunt committees around the country are no different to any organisation that is currently being faced with rising costs, with much of this season’s off-track focus having surrounded the difficulties facing them in the area of insurance.

Horse Racing Ireland recognised this additional financial burden for committees when maintaining the temporary Covid grant to assist with this in their 2022 budget.

The ongoing difficulties facing the pony racing sector and cancellations of hunt shows are a constant reminders of this lingering threat, and it is hoped that point-to-pointing can secure permanent security in this area.

ON the track the demand for point-to-pointers can only be described as insatiable following a year which saw total sales in the ring come close to breaking the €40million mark.

Total sales at public auction this season have totalled over €39.6 million having never previously broken the €30 million barrier, with that total rocketing over 55% in the three years since the last full season back in 2019.

The ensuing years of uncertainty which has emanated from the significant Covid interruptions has seen the bravery of handlers tested at the store sales.

Here they have had to fork out to restock their yards without knowing whether a full compliment of opportunities would lie ahead in the pointing fields for their purchases.

This season they have largely been rewarded in spite of countless yards being hit by illness at certain parts of the season, and the circle of reinvestment will now step up a gear at next week’s Land Rover sale.

IRISH Thoroughbred Marketing have completed the draw for their 2022 point-to-point mares’ voucher scheme, with five names from the 97 handlers who trained a mare to win between the flags this season announced as winning recipients.

Handlers David Christie, Stuart Crawford, William Harvey, Breandán Long and Claire O’Connell will each receive a €1,000 voucher to spend on a filly or mare at the upcoming Irish store sales. 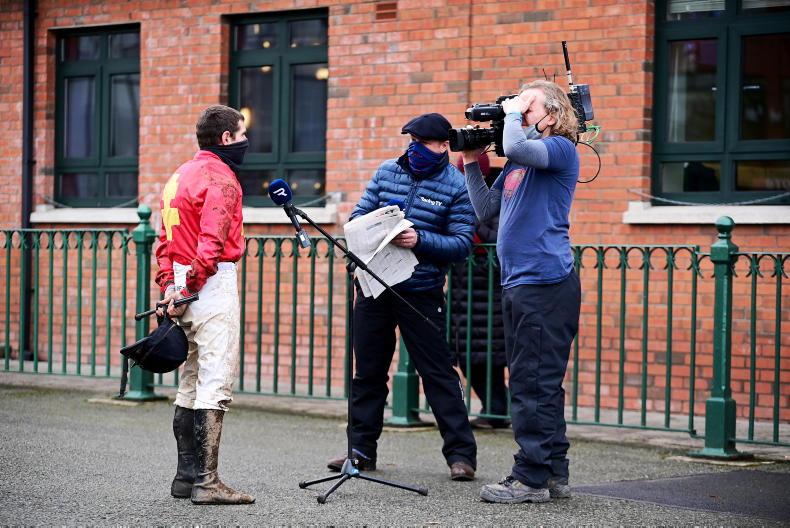 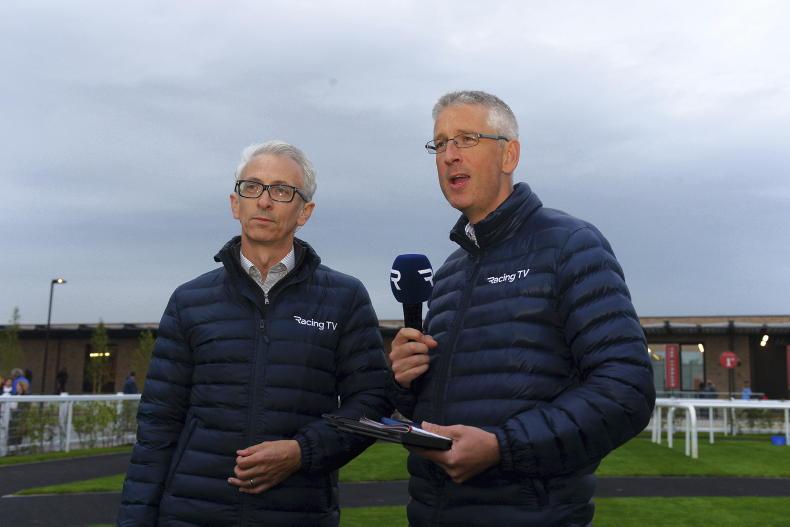 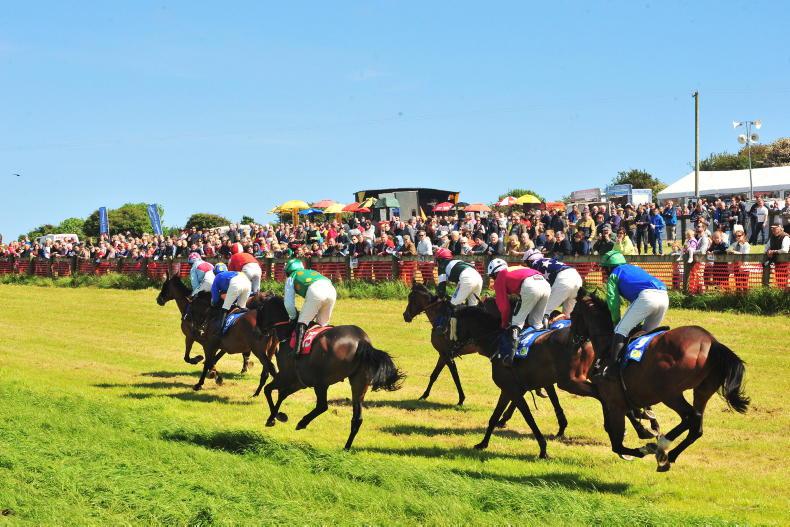 Mark Costello
NEWS: Row over dates leads to PTP cancellation
The traditional end-of-season fixture at Kinsale has been lost due to a refusal by the South Union hunt to be moved from their June bank holiday slot 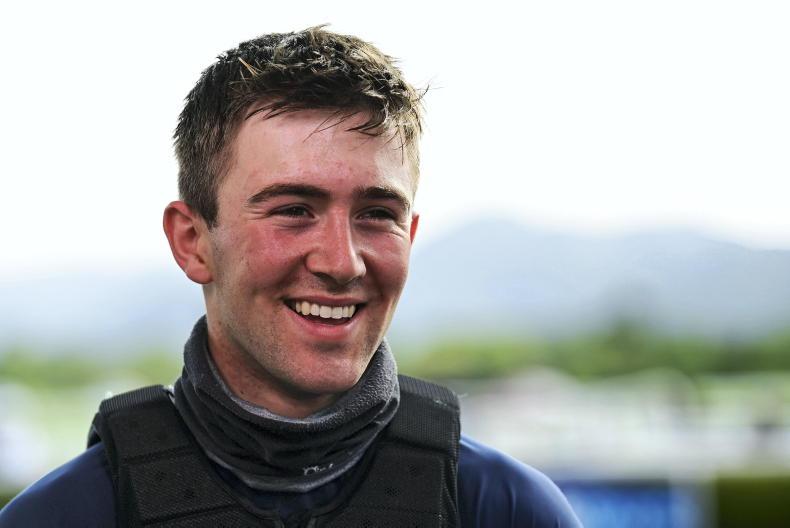