Title: SHOW JUMPING: Breslin and Castlefield Cass on a roll 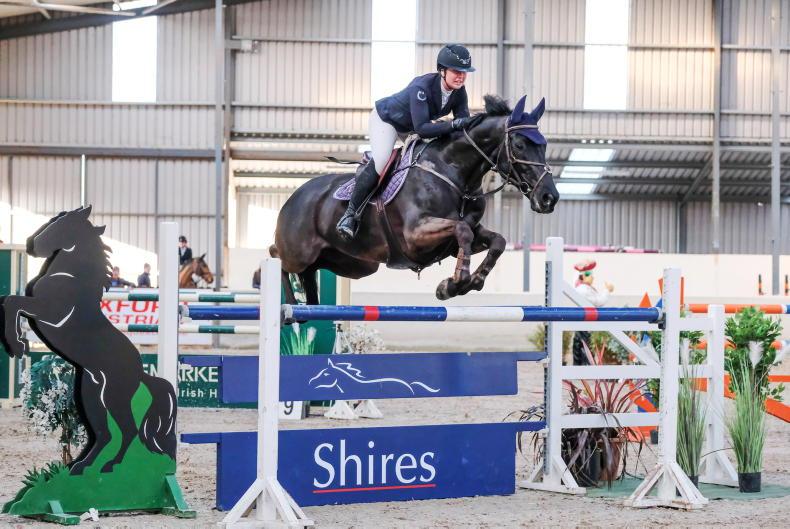 Riding Castlefield Cass, she was the fastest of five clears against the clock in a time of 31.79 seconds. The pair previously claimed victory in Cavan last month and now sit second on the leaderboard.

Owned by Jim O’Neill, the 12-year-old gelding is by Cassidee out of the Puissance-sired dam La Moette. Breslin took over the ride at the back end of last year and the combination have gelled very well, claiming fifth in the 1.30m in their first outing in Cavan and then went on to claim a win in the 1.30m a week later in Cavan.

In total 23 went to post and off those, seven booked their place in the timed round with five jumping double clears.

Runner-up in the league last year, young rider Robyn Moran is proving consistent once again in this year’s league. Riding Vera Griffin’s Cushlas Fryday, the Limerick rider was less than a second behind in a time of 32.29. Bred by John Peter Finlay, Cushlas Fryday is an eight-year-old gelding by Hector Van D’Abdijhoeve and out of the Apache D’Adriers mare Une Ardente De Vie (SF).

The gelding was purchased at Goresbridge Sales by the Moran family from Jason Higgins. He demonstrated talent from an early age with Robyn’s father Brian, qualifying him for the Dublin Horse Show as a four-year-old. Under the command of Robyn, he competed in the Discovery class in Millstreet as a five-year-old. He was then sold him to his current owners but he remains under the saddle of Robyn.

Fellow young rider, Kilkenny’s Molly Hughes Bravo opted for the longer lines with HHS Vancouver and it paid off as she came home clear in 33.50 for third place. Owned and bred by her mother Marion Hughes, HHS Vancouver (ISH) is a nine-year-old gelding by Indoctro out of La Juanita (Don Juan De La Bouverie).

Kilkenny’s Jessica Stallard played it safe with the eight-year-old DHF Lift Off and as a result came home clear in a time of 35.25. Owned by Stallard, DHF Lift Off is by Harlequin Du Carel out of the Mr Clover-sired dam Missy K.

Not content with the win, Breslin took another place in the line-up when she partnered Castlefield Miss to a clear in 35.98 for eventual fifth. Owned and bred by Jim O’Neill, Castlefield Miss is a nine-year-old by Pacino and out Little Miss Puissance (Puissance).

Marta Hughes Bravo joined her sister in the line-up as she took sixth place with HHS Figero. She was the fastest of the four-faulters in a time of 33.19. Owned by Marion Hughes, the 16-year-old is by Guidam out of the Cavalier Royale mare Dreaming of You.

Winner of the earlier Equijump 1.15m inc Cavan six-year-old qualifier was Aine Kavanagh, when she was double clear aboard Market Angel in a time of 29.12. Amateur rider Kevin O’Reilly took the runner-up spot with Furore S, when clear in 30.71, ahead of Eddie Moloney and GoGo, clear in 30.87.

Georgia Kelly delivered a clear with Atlantic Mist Z in 32.36 for eventual fourth, ahead of Maria Byrne and BGS Willpower in 33.36. Completing the top six up was Paddy O’Donnelly and Imelis, clear in 33.97.

The Equijump seven-year Cavan qualifier was claimed by home-based rider Taylor Peare. She guided Lissyegan Geoffrey to the fastest clear in 29.91 seconds. Linda Murphy was over two seconds slower (32.36) with Castle Howard MRF Tiffen for second place. Eddie Moloney and GoGo were back in the ribbons, claiming third when clear in 33.33. Linda Murphy returned to take fourth place with Sam Salad when clear in 33.65.

Fifth place belonged to Michelle Kenny and Barcelona, clear in 34.55. Jackilynn Breslin and Castlefield Blue took sixth when they came home, clear in 39.98. 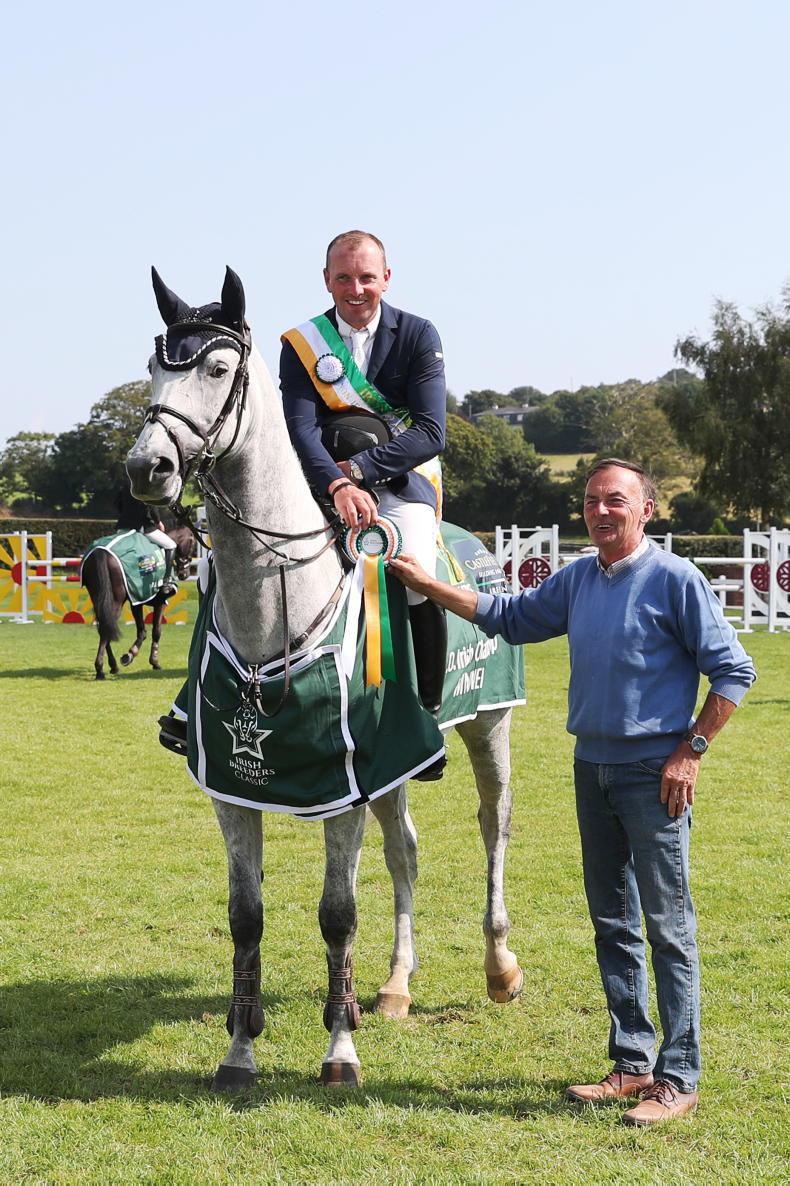 Róisín Sheridan
THE OWNER - Jim O'Neill: 'The show must go on'
Jim O'Neill talks to Róisín Sheridan about his good bunch of horses, breeding and bouncing back from a scary accident 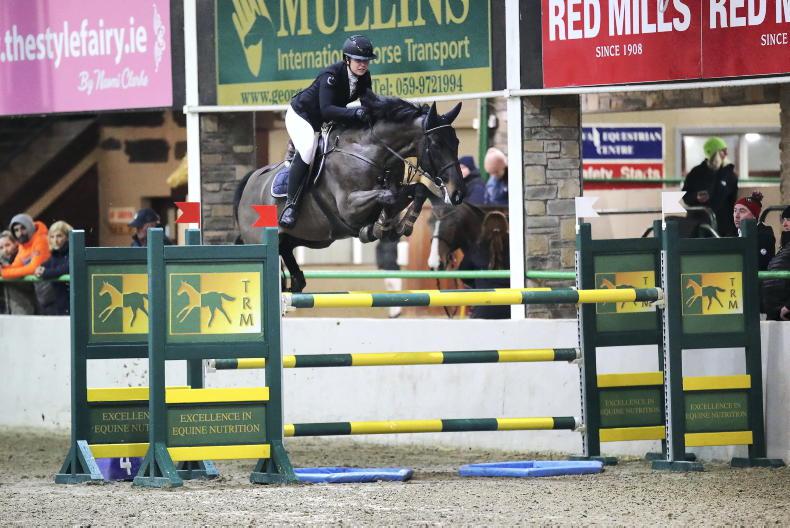 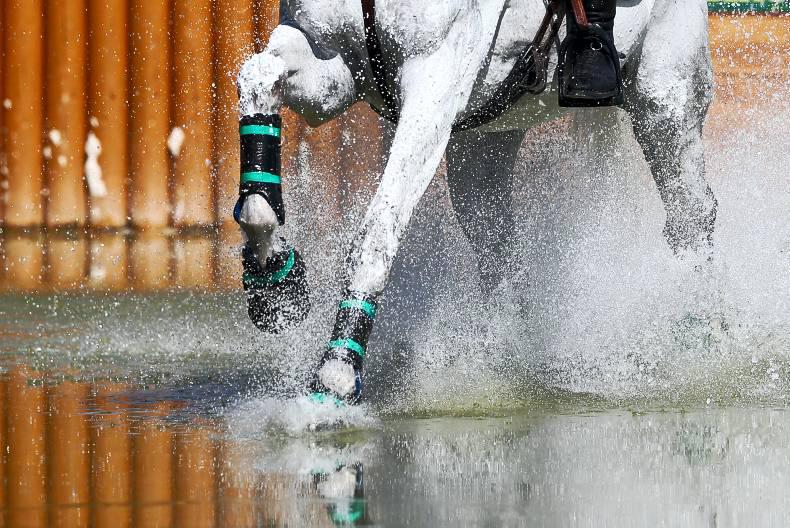 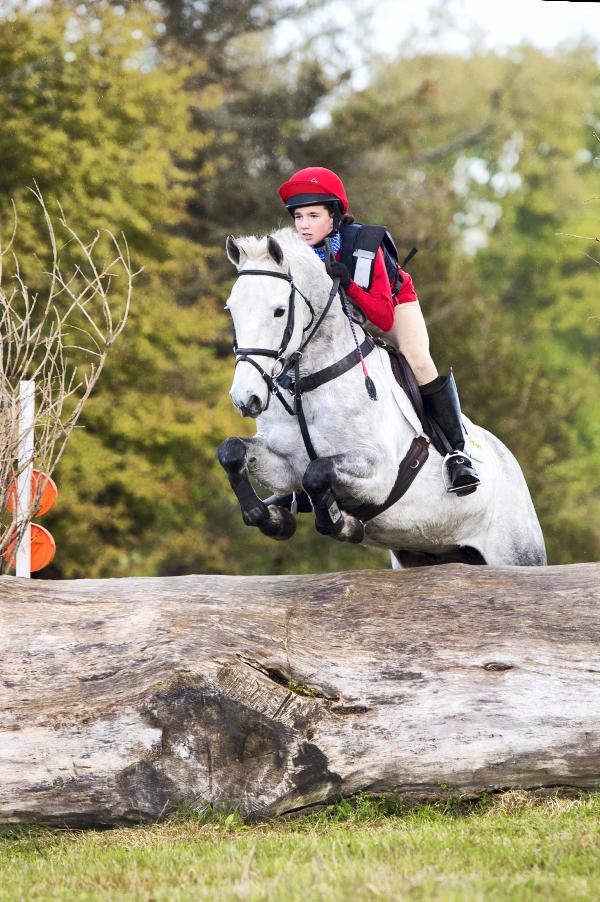 Kenny sees bright future for Shutter PZ
Michelle Kenny was impressed by the cross-country performance of the Sir Shutterfly gelding, who stepped up from his debut at Grove