Title: SIMON ROWLANDS: My Drogo equal to Appreciate It

Kelso saw a new clear favourite for the Grand National, Cloth Cap and one of the season’s best novice hurdlers to date, My Drogo 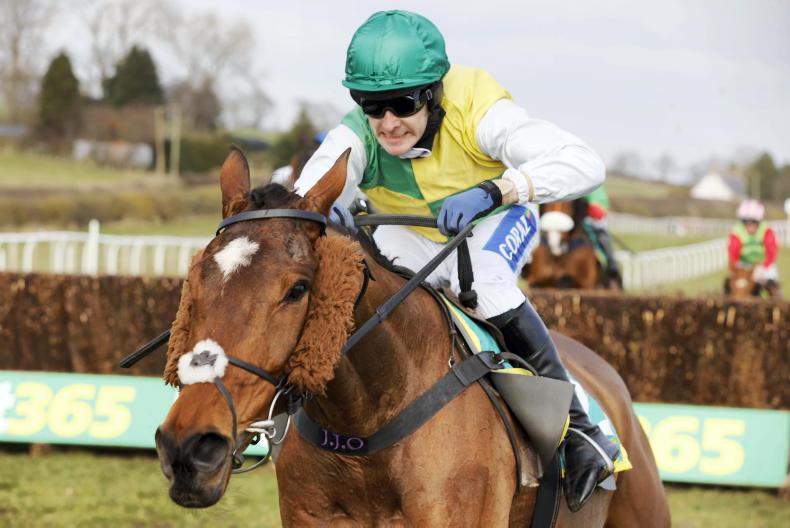 Cloth Cap is "well in" for the Grand National \ Healy Racing

THE drive through the beautiful Scottish borders to Kelso sometimes outshines the action on the course once you get there. But that would not have been the case last Saturday, for those allowed to attend, as the sport was of notably good quality, with the winners including the new clear favourite for the Grand National at Aintree and one of the season’s best novice hurdlers to date.

The former is Cloth Cap, who left even his useful handicap form behind when taking the Listed Premier Chase easily from Aso and Two For Gold. His overall time was not especially fast, in a race which turned into something of a test of speed, but Cloth Cap’s authority was unmistakable, and he is now worth a rating of 162, making him theoretically 14lb “well in” for the big race. The ground may be important to Cloth Cap, in that it was “good” when he won the Ladbrokes Trophy at Newbury and only a bit softer here, but he is justifiably in pole position for April 10th in other respects.