Title: THE WEEK THAT WAS: New year, new stars?

Does the Irish domination of the jumps seen look just as profound as it was in the last two seasons? 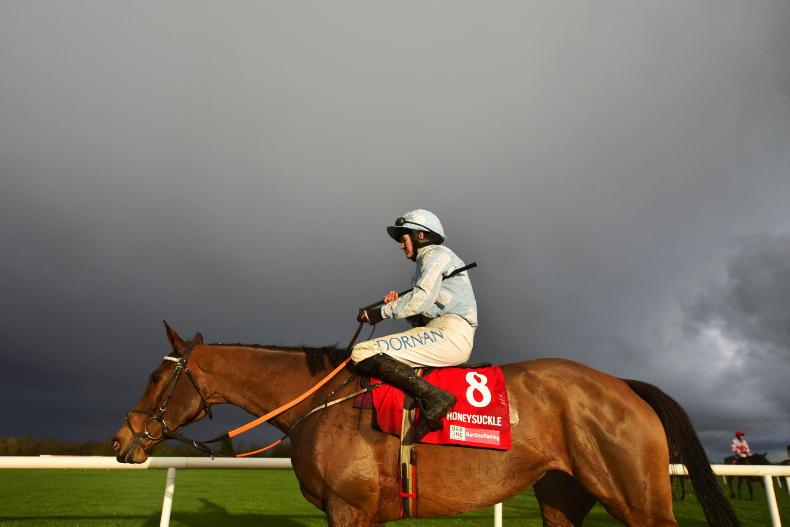 There was a brief sense of a change on the jumping horizon at Fairyhouse on Sunday. Honeysuckle’s 16-race unbeaten run came to an end in the Hatton’s Grace. Both Teahupoo and Klassical Dream had seemed to be at a level where she would have dismissed anything they had to offer, but she failed to sparkle this time.

Various half-hearted excuses seem to come for Honeysuckle. Perhaps the ground, the distance or the time of year didn’t suit. To be fair, in recent seasons she was better at Leopardstown and Cheltenham.

This knock-back came on top of Bob Olinger’s surprise defeat and A Plus Tard’s well-below-par performance in Haydock as a triple blow to the de Bromhead stars of the 2022 Festival.

What was clear from recent weeks, despite all the doom and gloom in British jump racing, is that at this stage of the season, the Irish domination does not look just as profound as in the last two seasons.

Mullins has yet to hit full relentless stride with his biggest guns. Honeysuckle has been beaten and now looks vulnerable. We’d like a stirring performance from Galopin Des Champs and Energumene on their reappearances this weekend.

Meanwhile Constitution Hill, L’Homme Presse, Edwardstone, Jonbon, and the Nicholls and Skelton yards are all in full steam. The Irish challenge for the King George is reduced to Envoi Allen and Noble Yeats. Neither would have been to the fore in the betting two months ago. That said, it was more ‘in with the new’ that was the theme at Fairyhouse.

Mighty Potter promised much after winning in Down Royal. He delivered more on Sunday, while still not foot perfect. I’d even like to see him drop back to two miles.

Marine Nationale justified his trainer’s comments while overcoming a not ideal path late on. Lossiemouth had been a Twitter talking horse for the pre-season and looked a fine recruit to jumping on Sunday. And Facile Vega made a faultless jumping debut on Saturday.

Maybe we’ll have a throwback to a long time ago when the Irish bred a top jumper and sold him across the water where he was hailed a great champion. Only for the Irish to come along a year later and say, sorry, we’ve just found a better one? For Constitution Hill substitute Mill House?