Title: Who is in the groom’s corner?

Continuing her look at staffing in the equine industry, Helen Sharp talks to Alison McIvor, director of Show Grooms International, about respecting and protecting our dedicated grooms 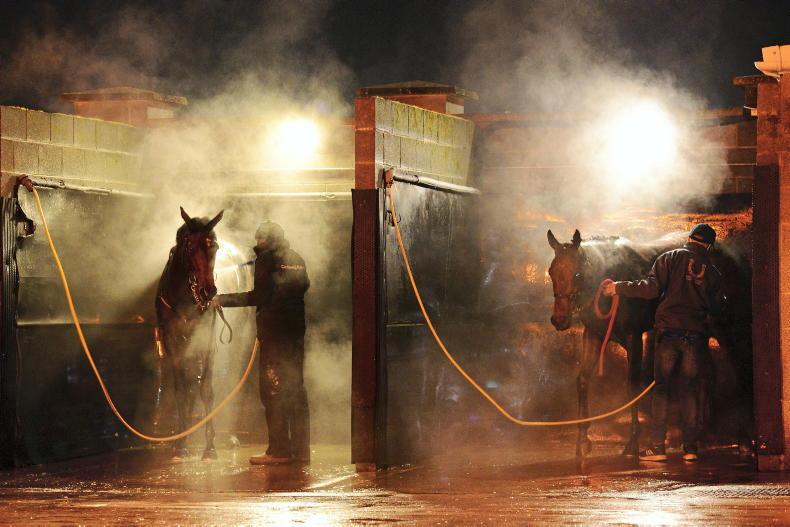 Runners being washed down by grooms \ Healy Racing. 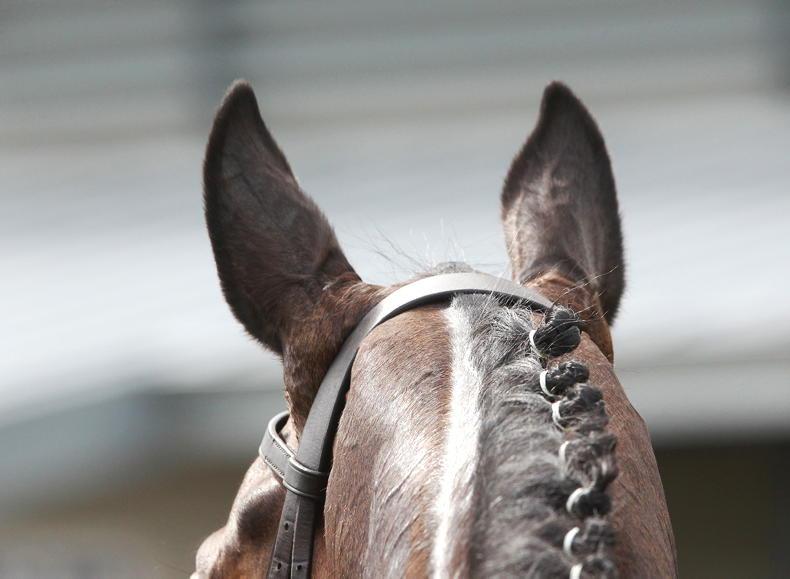 a cut out image \ Caroline Norris 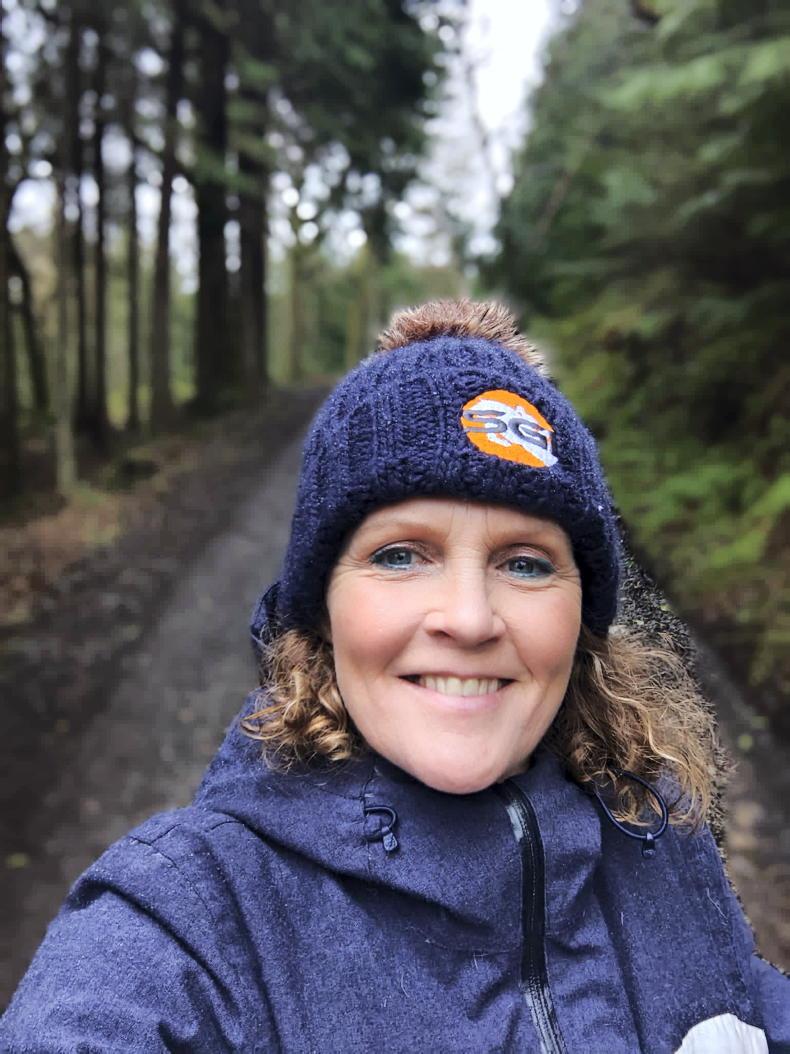 ALISON McIvor is not afraid to speak her mind; over 40 years’ experience as a world-class groom will do that for you. With the guts of 20,000 grooms on her books she is now on a new mission to improve welfare and salaries and to ignite discussion around staffing conditions within the industry.

Alison set up Show Grooms International nine years ago on the back of a lifetime of hands-on experience working as a freelance 5* international groom. Widely considered as the world number one, Alison still keeps her hand in as groom for many of the best riders in the world. Next stop, the World Games in Herning.

As well as building her business and her work as a groom, Alison also owned horses such as Caroline Powell’s London 2012 bronze medallist eventer Lenamore. She has worked with the likes of Jan Tops and Jeff McVean and was in fact the first ever freelance 5* groom. She worked with Bertram and Harry Allen for seven years and a lot with the Irish show jumping team. Alison is the only person in the world freelance grooming at the level she does and her workload is 45% USA to 55 % Europe.

Horse Sense (HS): What do you feel are the most pressing issues facing grooms at the moment?

Alison McIvor (AS): One of the biggest issues facing grooms is the sheer amount of shows. There’s more people in the world doing 1* lower level shows which means that there are a lot more shows going on overall. It means grooms are just so busy all the time. At the other end of the scale, the Global Champions tour has really changed the whole scene, the shows are amazing but for one groom to do it all is exhausting. In May the tour was down in St Tropez and then just past Hamburg, grooms have to drive to Cannes for the 3rd of June, it happens every year because of placement of shows. It’s very tiring, it’s very hard.

The second point is it’s a sport of money now, so you have a lot of rich people new to it, with big fancy trucks, expensive horses costing hundreds of thousands, but the groom isn’t costing a lot. The groom isn’t any better paid than she was a few years ago. And so while everyone is spending astronomical amounts on their wonderful lifestyle, the groom is at the bottom of the list again.

Third point is that because the grooms are so busy and they are not paid very much and the hours are long, there’s quite often no one to do the horses when the groom is away. She finds herself doing night checks at 10pm and working on Mondays on what should be her day off.

Those horses are your horses as a groom, you have to know them inside out and be responsible for them. I think it’s better if riders have two top grooms. A lot of them do now to be honest, not all of them, but a lot do, and the ones that don’t, I think they should change. A lot of them recognise that grooms can’t drive all the way there and back to shows, plus do all the other things and then go straight to another show, it’s just too much.

HS: In terms of the issues you have flagged up, what are your thoughts on solutions?

AM: The starting point for the solution for a lot of the issues is firstly recognising that there is a problem in the equine industry and to talk about it. Right now it’s quite a hot subject.

The more it is expressed and discussed openly and not swept under the carpet, the more likely that people become aware of the problems. People can be shown how to take steps to avoid the common issues and can have happy staff. Which is where I come in.

I have recently changed my business terms to include a declaration that says the rider must promise to respect the groom, look after them and give them nice accommodation. Also to agree to recompense them in monetary or other terms for overtime. Clients must sign that declaration. Also what I have done is ask the rider to give reference from one of his previous grooms: I want to talk to them direct.

It’s all very well the rider saying X, Y and Z, but I want to hear the truth about what actually happens on the ground for the groom. It’s normally the groom that gives a reference, but I’ve turned the tables so now the rider also has to give a reference. I want to be right up the front on that and be straight out and start people out on the right foot.

I’ve asked all clients to read and sign the new terms and conditions and have asked that we all work together, because only like that can we improve the sport as a whole, welfare as priority right from me to the rider to the groom, to the horse. I’m working with the British Grooms Association and International Grooms Association too.

Everyone needs to be aware, to pull together. I have a good reputation and I’m well-known and I am polite, but I am outspoken and if I don’t agree, I don’t have anyone to consider in terms of upsetting, I am autonomous. I actually have quite a powerful position to move the industry in a good direction.

HS: Let’s get down to brass tacks, what should a professional groom expect to be paid at the top and bottom levels?

AM: In terms of wages, the top job I have money-wise is not with a high-level rider but it is the highest paid. It is a job to groom in Switzerland, for someone with a truck license. There are four horses to look after and they get 5,000 Swiss Francs (CHF) (€4,873) a month with a contract, so in hand they get around 3,600 CHF (€3,508). At the other end of the scale, one of my grooms normally gets a contract, a house and use of a car as standard, and a day off and the very lowest would be usually around €1,200 after taxes paid, with no bills for the house and that’s for a six-day week.

HS: What can grooms do to improve working opportunities for themselves?

AM: They should come open-minded. The less ties they put on themselves the more opportunities they’ll get. If you say you only want to work in Manchester with polo ponies, then I can’t help you. I like people who can do anything and go anywhere and the bag is packed and they’re always up for a challenge. I have quite a lot of people like that on my books, and I love it when they come back to me and I get to send them away to another adventure. They know I’ve got great jobs and I know I can trust them to do a super job.

HS: You have implemented changes to try to improve welfare for grooms, what else are you focusing on to improve the industry?

AM: My focus right now is not to cut back per se, but to concentrate on my best clients. I help a lot of people who don’t actually value me and I need to just concentrate on the ones who do. A good indicator for anyone in life is only support people who value you. I have taken a nod to that.

Right now I am on the hunt for the original ‘pony girls’ in Ireland, those girls who are horse mad and who want to spend a career with them. One of the biggest things I want to do is go back to the grassroots, to the Pony Clubs and the horse colleges to try to find the people coming out having had some formal horse education, be it Pony Club exams, or BHS.

I would very much like to get the best graduates and put them on the ladder in the very top stables so that they start off in a professional stable learning the right way to do things.

HS: What do you think employers need to do to attract grooms to stay at their yard?

AM: Riders need to be aware of just how much the groom does and to value the groom they have. There’s a big problem in the sport of grooms leaving and there are certain riders that can’t keep a groom; could be for a number of reasons, but they need to change their attitude slightly.

Put yourself in the groom’s shoes and see it from their point of view. I think that would be a very good starting point.